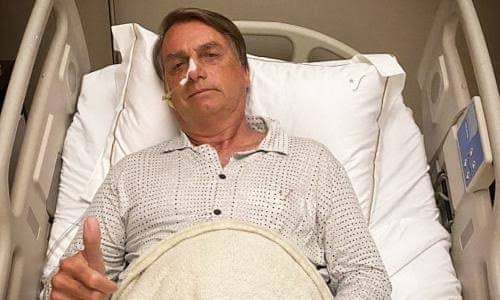 FAR-RIGHT former Brazilian President Jair Bolsonaro was admitted to a hospital in Florida on Monday with stomach pains as 1,500 of his supporters were rounded up in Brasilia after storming key buildings in the capital over the weekend.

President Luiz Inacio Lula da Silva, a leftist who took office on Jan. 1 after defeating Bolsonaro in an October election, vowed to bring those responsible to justice. He accused rioters of trying to overthrow democracy, and questioned why the army had not discouraged calls for a military coup outside their barracks.

On Sunday, angry mobs rampaged through Congress, the Supreme Court and presidential offices, smashing windows, furniture and artwork in the worst attack on state institutions since Brazil’s return to democracy in the 1980s.

Bolsonaro, who flew to the United States days before his term in office ended, went to a hospital in Orlando on Monday complaining of intestinal pains related to a stabbing he suffered during the 2018 election campaign. His doctor said he has an intestinal blockage that was not serious and would likely not need surgery.