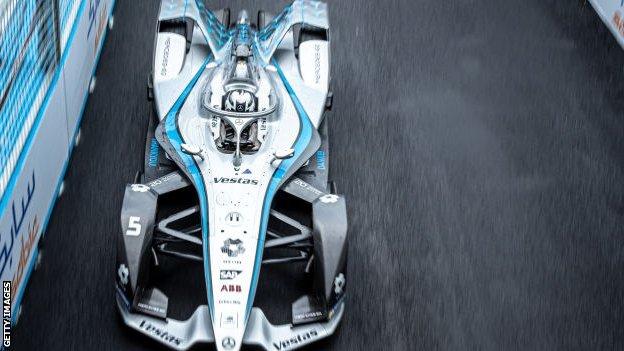 Former F1 driver Stoffel Vandoorne has clinched the Formula E title for the departing Mercedes team at the season’s final race in South Korea on Sunday.

Jaguar’s Mitch Evans needed to win and hope Vandoorne finished no better than eighth but the Belgian made sure of the title by finishing second to Venturi’s Edoardo Mortara in Seoul.

“This is amazing,” Vandoorne said after sealing his first championship. “What a season it’s been. It’s just the best feeling ever. What we’ve accomplished is something special.”

New Zealander Evans had closed the gap to 21 points after winning from third on Saturday but qualified only 13th for Sunday’s race as he lost the title by 33 points.

Mortara finished third in the drivers’ championship, a further 11 points back, with Briton Jake Dennis sixth in the final standings after his podium finish in Sunday’s race.

The second of two E-prix in Seoul, the 100th race of the competition’s history, also ended an era for the FIA-sanctioned series, as season nine in 2023 will launch a new generation of quicker, lighter and more energy-efficient cars.

Mercedes, who clinched a second successive constructors’ title, announced a year ago they will leave Formula E to concentrate on Formula 1.