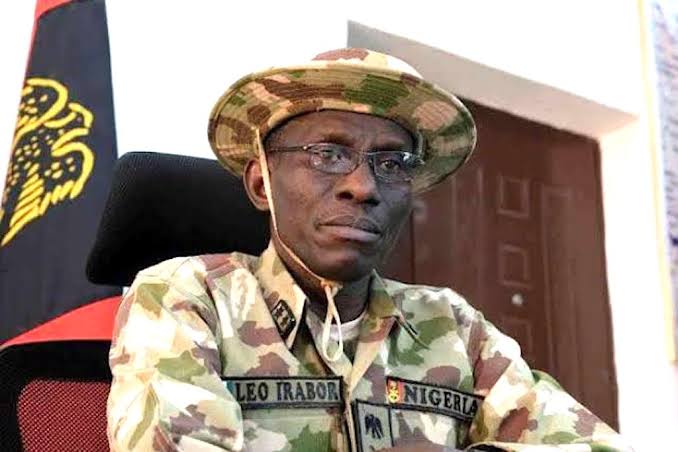 The Chief of Defence Staff, Gen. Lucky Irabor, says the Defence Headquarters is implementing several new strategies that will bring about an end to various security challenges in the country.

Irabor stated this in Abuja on Wednesday while delivering a Graduation Lecture for Course 30 of the National Defence College on the topic “National Security and Development: Strategic Options for Nigeria.”

He identified the need to deepen strategic communication, implement a press code for responsible Journalism and pursue proactive security measures to reduce the impact of regional dynamics in the country.

Irabor said there was a need to encourage a Whole-of-Society Approach to security by deepening strategic communication to educate the populace on the fact that issues of security are a collective responsibility.

According to him, everybody in the society ought to be a relevant stakeholder.

“Timely information on suspicious movements of strangers in a community might be the main lead to provide the needed early warning for the relevant government agency to swing into action.

“Accordingly, we need to formulate a robust and proactive communication strategy that draws all citizens to the realisation of their roles in protecting the nation while also using the same medium to pre-empt and counter narratives of the insurgents.

“The strategy could also incorporate modalities for the reorientation and practicable re-integration of surrendered insurgents into the society.

“The National Orientation Agency (NOA) needs to be reinvigorated, reorganised and properly funded alongside all other relevant stakeholders in the society.

“This will encourage the populace to have renewed confidence in the government and they will be encouraged to provide relevant information to the relevant government agencies.

“This will enhance national security and development in Nigeria,’’ he said.

On the press code for the media, Irabor said the strategy required the development of guidelines for reporting difficult stories including stories of conflict and terrorism.

According to him, the German Press Code for example, says in reporting actual and threatened acts of violence, the press should carefully weigh the public interest in information against the interest of victims and other people involved.

He said that the media should report on such incidents in an independent and authentic way, but not allow itself to be made the tool of criminals.

He urged the Nigerian media to emulate and domesticate the German Press Code as its guiding principle in reportage.

The CDS said it had become imperative that Nigeria should constantly keep abreast of the security and development dynamics within her strategic neighbourhood especially in West and Central Africa.

“To this effect, we are working on upgrading the intelligence management procedures of the defence and security sector to strengthen the overall security architecture in the country.

“In addition, the thrust of our foreign policy should also be re-engineered to ensure that Nigeria is actively engaged in the promotion of peace and security within our sphere of influence in West and Central Africa.

“To this effect, the Federal Government through relevant Ministries, Departments and Agencies (MDAs), could as a matter of priority, explore available bilateral and multilateral opportunities at our disposal to steer the course of security and development within the countries of interests bearing in mind the realities of the domestic base of our foreign policy,’’ he added.

Irabor said an overview of the plethora of security challenges bedeviling the country indicated the need to consider a review of the strategic approach towards addressing them.

He said the appraisal of the current security architecture revealed concerns with respect to limited divergent approaches to tackling the emerging threats, ineffective media management as well as regional security dynamics.

The Commandant of NDC, Rear Admiral Murtala Bashir, said it was the tradition of the college to organise a graduation lecture to commemorate the graduation ceremony of each course.

Bashir said that Nigeria had faced and still facing several security challenges such as terrorism, banditry, militancy secessionist agitation, kidnapping amongst others in recent times.

He said the security challenges were aided in very large measure by illicit arms proliferation and the emergence of cult groupings that engage in banditry, kidnapping, political violence and other mafia-style violent activities.

The situation, he said, had impacted negatively on the development in the country with attendant implications for national security, adding that Nigeria currently ranks low in the global rating of Human Development Index.

The Commandant said there was a need to think out of the box and develop strategies that would enhance security and national development.

He urged the participants of Course 30 to begin to realise that success could only come from carefully cultivated attitudes, commitments and management processes that accrue slowly and steadily.

“Imbibing these attributes, could therefore see you contributing positively to the development of the country.

“It is not too late for us to begin to build these attributes to move our society forward.

“So, I urge you to listen carefully to the lecture and thereafter, self-reflect on how you, your service or your organization can better contribute to society, particularly on the issues surrounding security and development,’’ he said.

The graduation lecture is one of the activities lined up for graduation of NDC’s 30th set of graduates as well as its 30th anniversary celebration. (NAN)