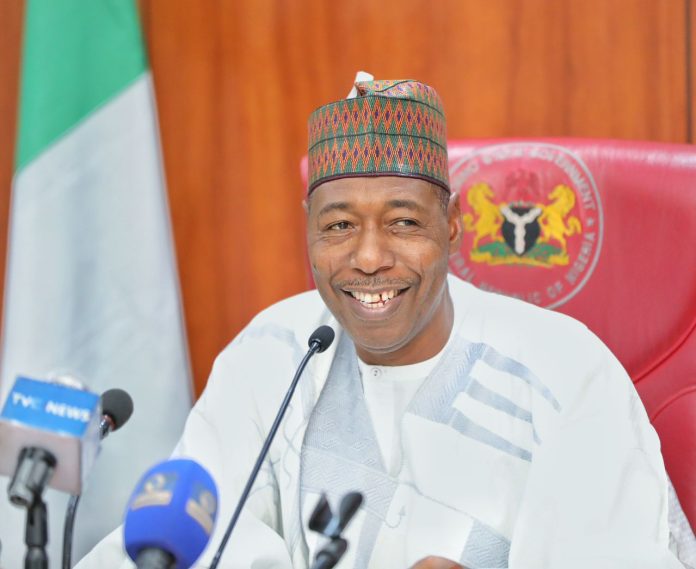 Borno State Governor, Babagana Zulum has ordered a review of Primary School teachers’ verification exercise conducted in December 2020, which found 7,794 ghost teachers among 22,556 ghost workers across the 27 LGAs of the State.

The Committee evaluated 26,450 teachers on the Government’s payroll of which 7,794 were identified as ghost workers.

The Nigerian Union Teachers in Borno State however complained that of the 7,794 ghost workers, about 624 teachers were believed to have been wrongly included in the ghost workers’ list.

Governor Zulum in response, set up a review Committee which he inaugurated today (Friday) in Maiduguri.

The Governor, during the inauguration, gave four terms of reference asking the Committee to thoroughly review the identities of 624 persons listed by the NUT.

The Committee is to review two reports submitted to the Governor on teachers’ verification and a Biometric Data Capture of Local Government Staff and Local Education Authorities.

Zulum appointed the Secretary to the State Government, Usman Jidda Shuwa as Chairman of the Committee, the State’s Commissioner for Local Government and Emirate Affairs, Sugun Mai Mele as Vice Chairman, while members include representatives of the Nigeria Union Teachers (NUT), the National Union of Local Government Employees (NULGE), and some top Government officials relevant to the Committee’s terms of reference.

1. Thoroughly review the physical verification of staff of Local Government Councils and Local Education Authorities, as conducted by the two separate Committees and determine those who have been laid off but have genuine cases and reasonable justification for their reinstatement.

2. Assess the overall administrative structures of the Local Government Councils and determine whether such structures are proportional to the staff disposition and organograms of the Councils.

4. Any other matter the Committee deems relevant to the Terms of Reference as encapsulated above.