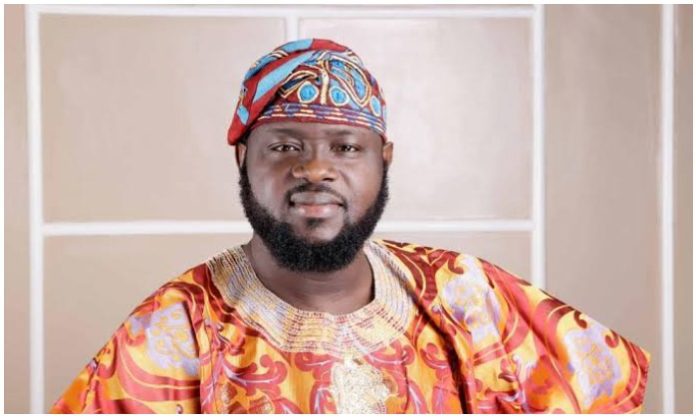 Abidemi Rufai, a former Senior Special Assistant to Ogun State Governor, Dapo Abiodun, was sentenced on Monday to five years in prison for stealing more than $500,000 in pandemic relief benefits in the United States.

Rufai pleaded guilty in U.S. District Court in Tacoma, Washington, in May to wire fraud and aggravated identity theft charges, and Judge Benjamin Settle issued the sentence Monday. The judge also ordered Rufai to pay more than $600,000 in restitution.

Prosecutors said the 45-year-old had a history of defrauding the U.S. government, including using stolen identities to file for emergency relief after hurricanes in Texas and Florida.

“When disaster struck, so did Mr. Rufai,” Seattle U.S. Attorney Nick Brown said in a news release. “Whether it was hurricane disaster relief, small business loans, or COVID unemployment benefits, he stole aid that should have gone to disaster victims in the United States.”

Such fraud was rampant in pandemic relief programs, according to the U.S. Labor Department’s inspector general, who said last week that $45.6 billion may have been paid out improperly in unemployment insurance from March 2020 to April 2022.

The Justice Department filed charges against dozens of people in Minnesota last week in connection with a $250 million fraud scheme that exploited a federally funded child nutrition program during the pandemic.

Rufai, of Lekki, Nigeria, has a master’s degree and is politically connected in his home country, prosecutors said. He had purported to run a sports betting company since 2016, his finances were opaque and his main source of income apparently was defrauding the U.S. government.

He was known as a prolific political fundraiser, and in 2019, he ran unsuccessfully for Nigeria’s National Assembly, Assistant U.S. Attorneys Cindy Chang and Seth Wilkinson wrote in a sentencing memo.

Between April and October 2020, he used a cache of stolen identities — investigators found more than 20,000 of them, with birthdates and social security numbers in one of his email accounts — to file for pandemic-related benefits. He applied with the workforce agencies of at least nine states, including Washington’s Employment Security Department, in the names of at least 224 Americans.

Just after returning to Nigeria in August 2020, Rufai was appointed as a special aide to the governor of Nigeria’s Ogun State. He was featured in newsmagazines, photographed with a luxury Mercedes sport-utility vehicle he had purchased with stolen funds and had shipped to Nigeria.

Rufai later returned to the U.S., and on May 15, 2021 — just a day after prosecutors filed an amended complaint against him — he was arrested trying to leave the country on a business class flight. In recorded phone conversations from jail he discussed moving a large amount of money immediately following his arrest, prosecutors said.

Rufai apologized in a letter to the court, saying “my actions are outrageous and inexcusable.” He blamed them on a gambling addiction and pressure to provide for his wife and children.

“Your honor, I am now a rehabilitated man that is ready to live a crime-free life and also be a responsible man to my family and my community as a whole,” he wrote.

The defense requested a 2.5-year sentence, citing letters from supporters who wrote that Rufai had a charitable foundation that helped pay educational fees for primary students. The Justice Department sought nearly six years, saying a longer term was necessary in part to deter others who might commit similar crimes. (REUTERS)