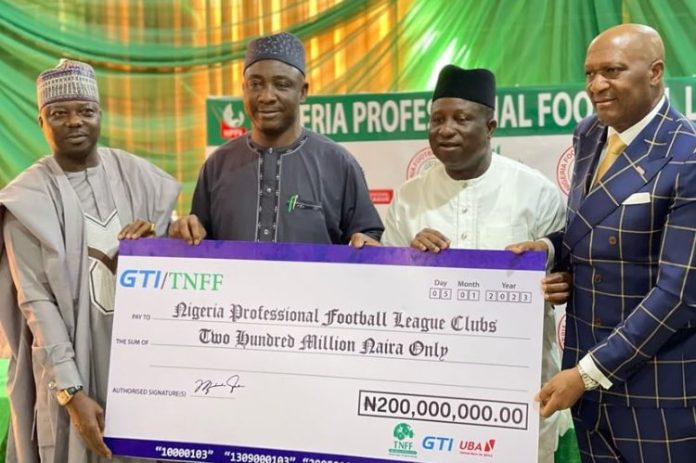 The 20 participating teams in the Nigeria Professional Football League (NPFL) has received a total of N200 million from the Interim Management Committee (IMC), which is temporarily in charge of the league.

The said grant is to help clubs taking part in the NPFL get out of their financial burden as each of the 20 clubs in the league received N10 million.

Prior to their participation in the 2022–2023 NPFL Abridged League competition, which got underway on Sunday, clubs will get a grant for financial assistance.

The other Match-day 1 matches, however, will take place a week after Akwa United versus Bendel Insurance cracker in Uyo.

The defending champion Rivers United Football Club of Port Harcourt, Shooting Stars FC of Ibadan, Rangers International of Enugu, and Plateau United of Jos are a few of the clubs that would gain from the grant.

Each of the twenty participating clubs received a donation of 200 million naira from GTI Group, one of the league’s sponsors.

The IMC Chairman, Gbenga Elegbeleye, emphasized that the development was a fulfillment of the vow made by the league organizing body.

Ibrahim Gusau, the president of the Nigeria Football Federation (NFF), said during the presentation of the check that the development was in keeping with his vision for Nigerian football.

“Before I came in as NFF President, I had said we must get the league right in order to move forward in the game as a country.

“So, the issue of having a premier league that is professionally run is important, and that is what we are seeing with the IMC now. This is praiseworthy,” he said.