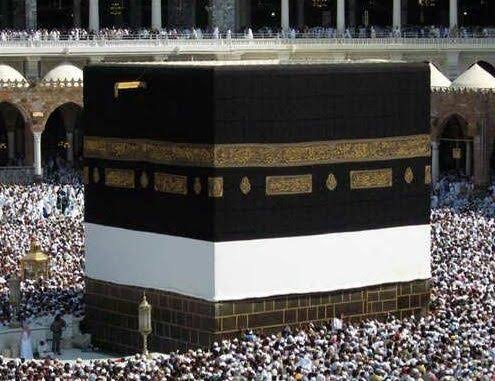 Independent Hajj Reporters, a civil society that reports and monitors hajj operations in Nigeria has commended the move by the Saudi Ministry of Hajj and Umrah to begin preparations for 2023 hajj in December.

The National Coordinator of the CSO, Ibrahim Muhammed, made the commendation in a in a statement on Tuesday in Abuja.

The Saudi Ministry of Hajj will hold a virtual meeting with the National Hajj Commission of Nigeria on December 21, while a similar meeting has been scheduled for December 18 with the South Africa Hajj and Umrah Council to review 2022 Hajj and also discuss the guidelines for 2023 Hajj.

Muhammed said it was commendable that the Kingdom of Saudi Arabia had started reaching out to hajj-participating countries early for an all-inclusive hajj policy and guidelines for the forthcoming 2023 hajj.

He added that “this will create a seamless synchronization of major procedures and allow hajj missions to troubleshoot its possible peculiar challenges that may inhibit commensurate service delivery to our dear pilgrims.

“So far, the Saudi Minister of Hajj and Umrah Tawfiq bin Fawzan Al-Rabiah have visited Indonesia, Uzbekistan and Egypt where they hold talks ranging from hajj services and diplomatic relations with those countries.

“Notably was the Minister’s speech during his visit to Egypt on October 10 where he expressed appreciation for the efforts and organizational measures taken annually by the Egyptian Ministry of Interior to arrange, prepare and supervise the Egyptian Hajj mission.”

The coordinator said it was a welcome development that the Minister of Hajj was aware and ready to assist hajj participating countries to overcome their peculiar challenges.

He said that “while in Indonesia, Tawfiq bin Fawzan Al-Rabiah said that they discussed a partnership between the Kingdom and Indonesia in creating better pilgrimage experience as part of the goals of Vision 2030 – meaning that the tour is about the services to hajj and Umrah pilgrims.”

Muhammed, however, urged the Minister of Hajj to extend his visitation to Hajj Nigeria being the fifth largest hajj contingent and the largest hajj quota in Africa.

According to him, such a visit will cement Nigeria and Saudi Arabia’s relationship and assist the minister in familiarising himself with Nigeria’s local hajj structure.

He noted that early issuance of 2023 hajj guidelines would assist hajj missions from hajj participating countries to marshal their operational plan towards a hitch-free exercise. (NAN)