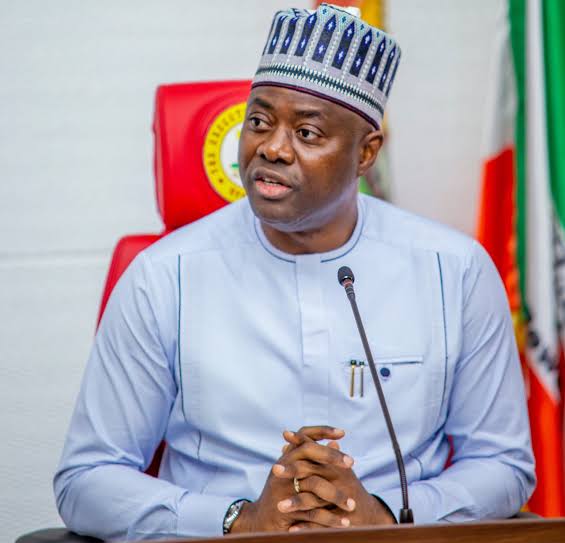 Oyo State Governor, ‘Seyi Makinde said on Sunday that his administration will continue to be fair and just to all religious beliefs in the State.

The governor, while speaking at the grand rally to mark new Islamic year, Hijrah1444 AH, organized by the National Council of Muslim Youth Organizations, Oyo State Chapter, held at the Obafemi Awolowo Stadium (formerly Liberty Stadium Ibadan) , appealed to Muslim Clerics to continue to pray for the success of his administration.

A statement by the Chief Press Secretary to the governor, Taiwo Adisa, indicated that Governor Makinde was represented at the event by his Deputy, AbdulRoheem Adebayo Lawal.

He explained that the state has ways maintained religious balance, adding that out of 17 members Oyo State Executive Council, nine are Muslims while the remaining eight are Christians.

While speaking on the newly built Bus Terminal, the governor explained that the government will soon be evacuating traders selling alcoholic content at the Ojoo bus terminals.

He said:”You also raised concern on the sales of alcoholic content by the road side close to Ojoo Bus Terminal. I don’t think we still need to debate the issue. From now on, I can assure you that, as a government, we will ensure we send all of those people away. And I know that nobody will say our action is based on religious sentiment. For sanity in our society, we must not allow drunkards to be driving our vehicles, thereby influencing passengers too.

“So, we need to clear them on time.
“In conclusion, I want to say that whatever you think the government needs to be aware of, let us know, and I can assure you that we will take steps.
“The government is donating the sum of N2.5m for NACOMYO but please, let us continue to pray for the state and the country at large. Though, this administration is doing well, we still need your prayers to continue well.”
Earlier, the Oyo State coordinator, Dawood Afolabi, lauded Oyo State Government under the leadership of Governor Seyi Makinde for declaring public holiday to mark the first day of the new Islamic year, adding that the governor last year, held a luncheon with Muslims at the government house to mark the new Muslim new year.

He assured Governor Makinde of the support of the Muslims in the state, in as much as he ensures religious justice in all spheres of governance.

Abdul Afis Oladosu in a lecture titled “2023 General elections: Muslims and the implications of an ambivalent righteous majority,” charged Muslims in the state to ensure they register, collect their Permanent Voter’s Card (PVC) and vote in the 2023 elections wisely for the God-fearing leaders.

He enjoined politicians to abide by the rules and regulations guiding the electoral process and to fulfill all promises when they get to power, so as to avoid the wrath of God.

“I urge the politicians and all seekers of positions of authority to fear Allah and remember the day they would return to Allah, the creator of all, with nothing but records of their actions and deeds,” he said.