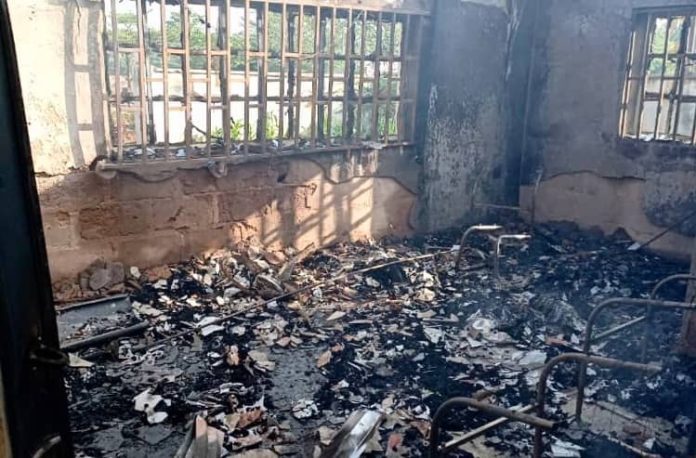 The Independent National Electoral Commission headquarters office in Abeokuta, Ogun State was set on fire by some suspected hoodlums.

The incident occurred in the early hours of Thursday morning.

It was reported that the hoodlums made their way through the outer gate of the INEC office, and lit the building with fire from behind.

It was also gathered that the thugs allegedly drenched bread loaves in gasoline before throwing them into the structure at various angles to light up the INEC headquarters.

Ijalaye stated that the police are currently investigating the incident

He said; “It is correct that our office was set on fire. The police are investigating. I do not know what to say. I’m in shock myself.

“We called the police and other security agencies at night. The fire brigade put the situation under control. The level of damage is still being assessed.

“It is very shocking and untoward. The security agencies are doing their very best. We are meeting again later today to come up with other strategies (toward securing our facilities).”