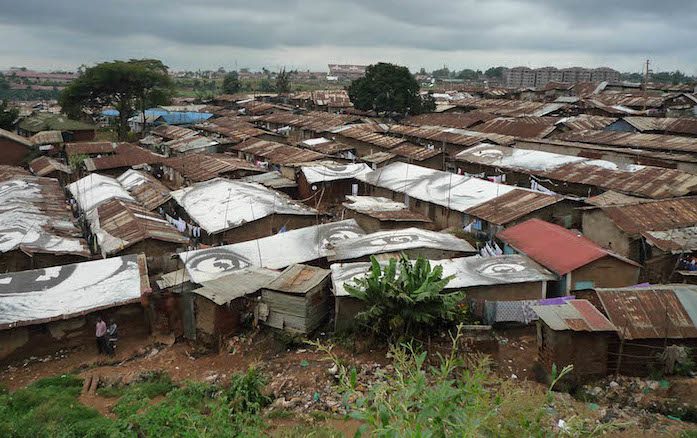 It is said that no matter how far you have journeyed on the wrong route, it is never too late to turn back, otherwise you will not get to your desired destination. The story of our foundation is one based on faulty lines, that of lies and if we do not get it right, it will continue to haunt us until thy kingdom comes. What is a lie? It is simply untrue. If you like, you can say it’s the absence of truth. When it is not true, it means that it is not real and therefore, in the realm of fallacies. If it is not real, then it is nothing.

If our foundation is based on lies, it means that we have been building on nothing, a quicksand that will in a short time disappear. When your foundation is based on lies, sooner or later, you will be exposed and the whole world will see your true self. Some have argued that lies are necessary in certain circumstances, especially as it concerns international diplomacy and war; anyway you look at it: a lie is a lie, there is no small or big lie. If you win today because you have lied, you are only postponing the evil day because your counterpart or adversary will know that you cannot be trusted and see you as such. That is why, today, the whole world cannot work in unison, because some groups have proven themselves not to be reliable.

Again, if you look at the most stable and progressive countries in the world today – Sweden, Finland, Netherlands and the rest – you will discover that they have lived by the rules, transparently. We have to face the truth about our nation; just as we have faced the realities of colonisation, the handover to our indigenous Nigerian leaders was not genuine. It was not based on equity or fairness, it was done according to the interests and sentiments of our colonial masters and this has distorted our progress till date.

The Queen of England has just transited to the world beyond and her death has reawakened debates about the evil deeds of the British colonial masters. Some have said that the current plight of Nigeria as a nation is tied to the not too ingenious manner our independence was handed over to us. Others are of the opinion that 62 years is more than enough time for us to find our feet, no matter the circumstances of our foundation.

Unfortunately, we have not been able to find leadership that will take us through the path of recovery. Is it possible to get a dispassionate leadership to run the affairs of this country to prosperity? Yes, but it will not be easy to accomplish as the ones benefiting from the skewed arrangements are sitting tight and in some areas, extending the hegemony.

In his tweet, while acknowledging the role of the Queen in all of these, one Bashir El-Rufai, @BashirElRufai, made the following observations: “The British colonial establishment placed the North at the peak of power in my dear country. For that: I ‘ll always be indebted to the British Royal Crown and the method of indirect rule for my people and our dear Monarchs…”.

“Once you develop the lying habit, it is very difficult to put an end to it; that is the challenge that we now face as a nation. Our politicians are blatant liars and this is killing the country”

If certain people are still feeling that they were favoured in the distribution of the landscape and resources of Nigeria and others feel disadvantaged, how do you expect there to be mutual progress? As a result, successive administrations have continued to build on these foundational lies now sounding as the proper thing to do in our country’s affairs.

Unfortunately, this behaviour has crept into our leadership, and politicians do not care about statements and promises that they make to the people. In fact, in Nigeria truth no longer means anything to our politicians and leaders, and that is why the commonwealth of Nigeria is suffering. Also, this culture of lies is killing people’s commitment to a shared goal of one nation.

There is no patriotism in the average Nigerian, but how do you expect the people to be patriotic when those that should fly the flag are leading in deceit. In fact, it is now very common for our politicians to lie without shame; the people understand this and in response, carry out their own subversive actions at their various levels, through open stealing or destruction of government properties. Once you develop the lying habit, it is very difficult to put an end to it; that is the challenge that we now face as a nation. Our politicians are blatant liars and this is killing the country.

The very revered Bishop Matthew Hassan Kukah, speaking on Arise TV News said “…the people have understood that they were lied to…”. It is a very dangerous situation and if not addressed promptly, will lead to greater calamity for the whole nation. The whole country is living on lies, on falsehood and this is hindering our development.

We cannot plan because we do not have correct statistics about our true demographics; the official position of our census does not bear true reflection of what is on ground. But we continue to live the lie as a people, without a consideration of the fact that the whole country will suffer its consequences. People are travelling out in droves because they have lost confidence in what we have as a nation, but those in position to explain will tell us otherwise.

Even in the war against terror, they cannot come up with the truth. Imagine a government official coming out to say: “The worst of insecurity is over”, and the next day another batch of people are kidnapped and herded into captivity in the forest. Meanwhile, the ones that were captured have not been released. That is taking propaganda to a dangerous level. It is important to open up to the people, whether it is good news or not, everyone will know the challenge and collectively face it. We must begin to put right the foundational defects in our structure, if we want to enjoy a prosperous nation in future. To do otherwise will only lead to a fiasco.