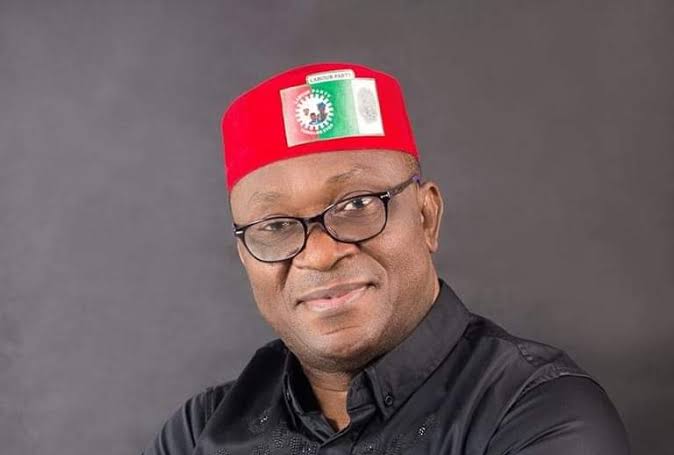 The Commissioner of Police, Aliyu Garba, via the Command’s Public Relations Officer, Chris Anyanwu, in a press statement issued in Abakaliki on Monday confirmed the arrest and accused the former lawmaker of inciting statements which led to the death of seven persons in Onicha local government area of the state.

Okorie, who is also the Labour Party’s candidate for Ebonyi South Senatorial zone for 2023 general elections, was also accused of spreading false allegations against the State government and the police command among other offences, hence his arrest.

The Commissioner of Police said “Police detectives were briefed on why he was arrested which includes; his activities and utterances that incited and provoked the violence that engulfed Onicha LGA which led to suspected IPOB/ESN operatives or unknown gunmen to unleash mayhem in the area, leaving seven persons dead at the end of that fracas. Hence, the case has now been taken over by the Police Command for a scrupulous investigation.

“Secondly, Hon Linus Abba Okorie was severally invited by the Security and Intelligence Bureau of the Command over a petition dated 23/3/2022, authored by the State’s Attorney General/Commissioner for Justice, alleging that he was spreading fake news against His Excellency, Engr. Dave Umahi accused the governor of illegally withdrawing N6.7 billion from the state government’s account to fund the Appeal Court Judgment against his removal from office.

“Similar to the above is another series of false allegations against the Government of Ebonyi State and the Police Command in his social media handles.

“When invited by the SIB over the false allegations/petition, Honourable Linus Abba Okorie in his characteristic pompous manner refused vehemently to report to the SIB for a chat. Rather he chose to file fallacious suits against the Police Command.

“It is also pertinent to mention that Honourable Linus Abba Okorie also has a pending case in which he is implicated in a drug-related offence where the suspects purported to be his agents were arrested for hard drug sales and use at his City Hub Inn, Mile 50, Abakaliki. Case was later transferred to the NDLEA for further necessary actions.”

The Commissioner of Police made it categorically clear that Linus Abba Okorie was neither abducted nor kidnapped as alleged in some quarters and warned that people should desist from painting pictures of insecurity in the state by propagating unfounded rumours.

According to Aliyu, “Ebube Agu is a lawfully established local security outfit by the House of Assembly and Government of Ebonyi State. If the outfit, as empowered by the State Law, arrests anybody, it shouldn’t be interpreted as abduction or kidnapping because those terms mean different things. However, it is expected that the outfit after effecting such an arrest, should hand over the matter to the Police for further investigation and other necessary actions which have played out in this instance.

“In view of the above, Dr. David Ogbonna of Hon Linus Okorie CaringHeart Foundation is warned to henceforth know the implication of wrong choice of words when next dishing out information for public consumption otherwise he will face the dire consequences as enshrined in the laws of the land,” he said.