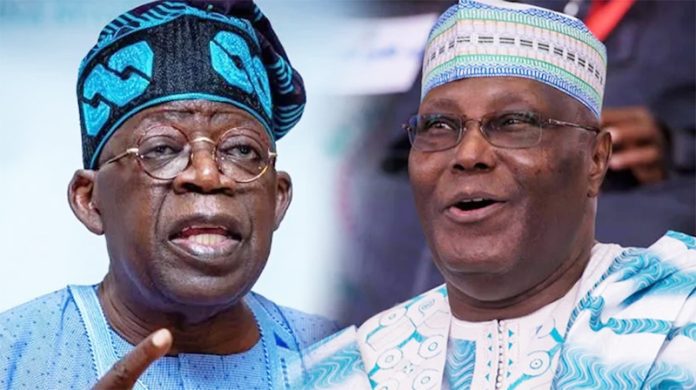 The outcome of the July 16 governorship election in Osun State has significantly changed the mood and calculations of some politicians and their parties in the state. The candidate of the People’s Democratic Party, Ademola Adeleke, had defeated the incumbent Governor, Gboyega Oyetola, of the All Progressives Congress. The ruling party never expected it and it is still yet to recover from the rude shock.

Oyetola and his party rejected and faulted the results declared by the Independent National Electoral Commission and dragged the umpire, Adeleke and PDP to the Election Petition Tribunal in the state where the matter is being heard
The governor-elect is already preparing seriously to take over the administration of the state on November 27 while Oyetola is still nursing the hope of securing victory at the court.

In the midst of these unfolding events, the two major political parties have been juggling for space, recognition and acceptability ahead of the February 23 Presidential and National Assembly Elections in the state.

Unlike other preceding years, next year’s general elections would be tough and at the same interesting as more political parties and their candidates would be joining APC and PDP to test their strength in Osun, especially for the National Assembly elections.

No fewer than 12 political parties have fielded candidates for all seats at the Senate and House of Representatives in the state.

“Political analysts said the influence of the presidential candidates of the APC, Asiwaju Bola Tinubu, Atiku Abubakar of the PDP, Adeleke and Oyetola would matter in those that would be victorious in the polls”

How parties and their candidates stand

Most of these candidates and their parties have been trying to convince the electorate to support them. These political gladiators have been applying a lot of political gimmicks and gerrymandering, especially on the social media to endear themselves to potential voters.

The realities became intense after the recently conducted governorship election in the state. In a bid to remain relevant in the state after the PDP might have taken over governance, the APC has ensured that the local government elections were conducted and its members controlling governments at the grassroots.

But the unresolved skirmishes in the party might be APC’s undoing in the forthcoming elections, analysts have said. Before Oyetola lost, the party had been polarized into factions and the governor’s camp had blamed the camp led by Rauf Aregbesola, former governor of the state, partly for its electoral loss. That still yet to be settled, there was a renewed acrimony among APC after Oyetola was defeated in the governorship election as members blamed some top party bigwigs and those who managed the campaign council.

Fresh acrimony, rebellion, bad blood and crisis poured on APC during the local government election primaries as aggrieved members protested and alleged imposition. Those who felt aggrieved in the party are either fighting back by publicly working against some of their National Assembly candidates or staying aloof in the build up to the contest. Others have joined other developing parties to actualise their political intentions.

The PDP is not immune against these skirmishes. The party is currently fighting a silent war. Most of those who are aggrieved are waiting to be either pacified once Adeleke takes over power or they resume full battle. All of those who contested the gubernatorial ticket of the party with Adeleke had hibernated while National Assembly candidates were banking on the party’s victory and the goodwill Adeleke enjoyed from the majority of the people of the state to be able to defeat their opponents on February 23.

The NNPP, LP, Accord and other parties have been cold since the governorship election. Those who got their tickets to contest the gubernatorial poll had either returned to their former political parties, travelled out of the country or decided to maintain a low key political lifestyle. Akin Ogunbiyi, who contested under the Accord Party had returned to the PDP. Nothing has been heard of Lasun Yusuf, who angrily left APC to contest the election under LP. Some of these political parties including NNPP had been facing leadership crisis and mass defection of members to other parties.

Meanwhile, APC and PDP stand brighter chances of claiming most, if not all of the National Assembly seats for Osun because of their popularity among the people of the state and that most of their candidates are seeking return to the legislative houses. Those who had performed well to the constituents may likely get another chance while others may be voted out owing to acrimony, bitterness and political vengeance.

One of the APC senatorial candidates seeking reelection is Ajibola Basiru, the present Senate spokesperson from Osun Central. He was the Director-General of Oyetola reelection Campaign. He recently presented his scorecard to his constituents and urged them to vote for him to continue representing them in the Senate.

But Basiru is facing some stiff opposition within and outside his political party. Recently, the Ataoja of Osogbo, the Senator’s hometown, Oba Jimoh Olanipekun Oyetunji, publicly endorsed Ajagunla Olubiyi Fadeyi, PDP candidate for Osun Central.

The monarch had said when the PDP candidate paid him a courtesy visit at his palace, “forget about Ajibola Basiru, I only know Ajagunla. He has done a lot for me in the past and now, I believe that Osogbo land will gain more from him.”

Supporters and foot soldiers of Basiru have been meeting with other leaders in Osogbo to canvass support for the senator and also debunk the rumour that the lawmaker is arrogant and self-centered.

“Once the PDP takes over power on November 27, the dynamics would change. Some APC members may defect to PDP in order to gain relevance. This will also boost the chances of PDP candidates. Atiku Abubakar, the Presidential candidate of PDP will also want to win Osun and by so doing, would fund more campaigns for the National Assembly candidates in the party. So, give and take, the game is majorly between APC and PDP and it promises to be tight”

One of the groups campaigning for the reelection of Basiru, Osogbo Youths Progressive Movement, has been visiting stakeholders and urging them to shun people who disparage the Senator, saying that negative things being peddled about Basiru were borne out of envy and pull him down syndrome.

Political analysts said the influence of the presidential candidates of the APC, Asiwaju Bola Tinubu, Atiku Abubakar of the PDP, Adeleke and Oyetola would matter in those that would be victorious in the polls.

One of them, Benjamin Okiki, said, “Tinubu, Atiku, Obi are great factors in who emerge winners in the National Assembly elections in Osun. Tinubu already has multiple support and campaign groups who are in grassroots campaigning rigorously for their candidates. Aside from their structures, Tinubu also has the financial capacity to support these candidates.

“Governor Oyetola has already been strengthening the APC at the grassroots by organising the local government polls. Even though the Governor-elect had threatened to sack them, they would still be able to shore up the APC support base ahead of the National Assembly elections. The Labour Party is still struggling for popularity and relevance in the state, so their candidates may not perform like those of PDP and APC.

“Once the PDP takes over power on November 27, the dynamics would change. Some APC members may defect to PDP in order to gain relevance. This will also boost the chances of PDP candidates. Atiku Abubakar, the Presidential candidate of PDP will also want to win Osun and by so doing, would fund more campaigns for the National Assembly candidates in the party. So, give and take, the game is majorly between APC and PDP and it promises to be tight.”

Meanwhile, candidate of the NNPP, Abolade Adekunle Ismail, for Ayedaade/Irewole/Isokan, told The Point that the party would win the federal constituency because of his singular popularity among his people.

Ismail said, “I want to tell you that this forthcoming election is more of personality than political party. In my constituency, my people trust me and they know what I have done even when I was not seeking public office. They have assured me of their votes and I can assure you that I am winning my constituency come February, 2023.