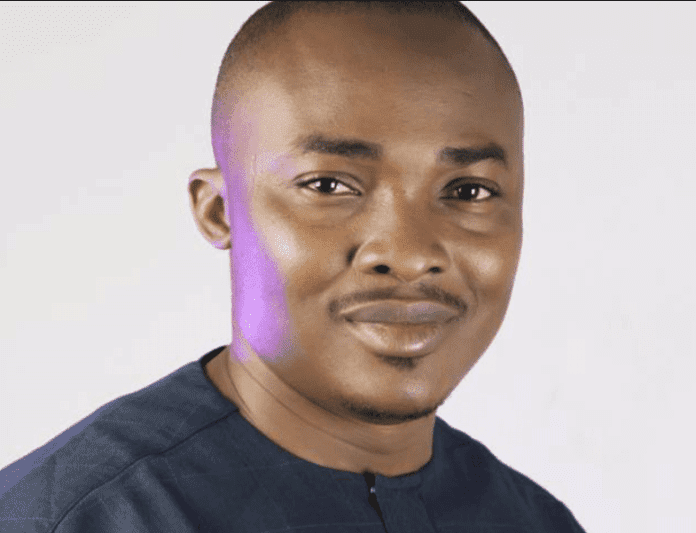 Candidate of the Labour Party Enugu North senatorial district, Ernest Ugwu, has accused Okey Ezea, who was published by the Independent National Electoral Commission as the party’s candidate in the district and others of forging his withdrawal document and affidavit and vows to fight on in court to recover his stolen mandate. He revealed this during a live television interview monitored in Lagos by our correspondent. Excerpts:

Why are you being accused of being a placeholder? That when it was time for you to step down for those who claimed to be the rightful owners of the ticket, you refused?

Honestly, it beats my imagination. I think I need to tell you a little story on how my journey in the Labour Party started. It started back in 2011. I have a relationship with Mr. Peter Obi. I worked for him to reform education in Anambra State while he was governor and that’s what got me into the educational business. I opened a school in 2016 and I have been following Obi. So, I am not in the Labour Party just because it’s the Labour Party, but because of the human being who is driving the change.

To your question, it’s just like what Chimamanda Adichie said in Germany. According to her, they should return what they have stolen from us because you can’t go to someone’s house and take his car by force and say he can’t take care of the car he bought by himself. So, that’s what this matter looks like to me.

I was the person who conveyed from Enugu all the delegates for Peter Obi’s primary election to Asaba. I conveyed them in my car. I wasn’t a delegate, but when Peter saw me he said, “Thank God you are here, come in; you are not a delegate, but you are going to sit with me”. I was sitting right before him, not far.

So, after all these things, I rallied round to mobilise an Enugu North senatorial candidate for Peter, but nobody wanted to take this position. I first of all went for the House of Representatives, but in the long run, when I didn’t see anyone to challenge the governor, Ifeanyi Ugwuanyi, because they were all running away, I contested the primary and I won, unopposed. It’s not like I had someone, who came second. No. So, of course, I begin to wonder because I kept on hearing rumours that someone is the candidate (Okey Ezea).

They say that you don’t have the capacity to defeat a Governor Ugwuanyi and as a result of that, they think you should be able to stay aside and get people, who have the capacity in terms of finance, political knowledge to be able to fly the flag of the Labour Party, which is becoming the beautiful bride because of the entrance of Peter Obi. Tell us about that.

I will answer it in two ways. Number one, when somebody says I don’t have the capacity, I begin to imagine. Is it my capacity to win the election with money? Must we now win elections with money? Are elections for the highest bidder? Our mantra in the Labour Party is centred on what you have done. Check my records in the private school sector. This is the first time that Enugu State is coming first in WAEC. I am not the Commissioner for Education. But go and verify from the Commissioner my contribution. I have been retraining and training teachers since 2019, which formed the training I had in March, in which Peter Obi was the keynote speaker.

Yes, you are the chairman of all the private schools in Enugu State. Do you think that’s enough to give you the political clout when you are facing a sitting governor?

What is Peter Obi facing the incumbent government with? He is facing a ruling party with credibility and track record; and that’s the mantra of the labour party.

You think that’s enough in the local politics that goes on in Enugu State?

If it’s enough for Peter Obi, why is it not enough for me? And I want to ask you, is it not the masses that will choose who will lead them? The other segment of the questions you asked me is about, if I look for everybody to come and contest the election and they refused and I contested and won and nobody came to me and asked me, give me this ticket, you went ahead and forged my withdrawal letter without my consent.

Yes, tell us about that because they are accusing you, that you actually withdrew from this seat, that’s why Okey Ezea had to come and take the ticket.

This is where they signed a signature (Displaying a document). This is not my signature. I will show you my correct signature. And this particular signature they signed here for my withdrawal, I got this thing from Court because they never approached me.

Are you saying they forged a signature?

Yes. This particular signature is the signature that purportedly received the letter for the Labour Party as the Admin Secretary.

You can see it.

So, I am Ugwu Ernest. I am also the Admin Secretary for the Labour Party. If you come to the affidavit, you will still see that it is the same signature that signed the affidavit. To make the matter worse, if you look at this thing, it’s a letter written to me by the FCT High Court. What did they write? I asked them: I didn’t know when I came here (to the FCT High Court) to do any affidavit. Give me a certified true copy of my affidavit, let me know whether I did this thing in the dream. And they wrote to me. See their reply (displaying court’s letter). We didn’t see you and there’s no record like that.

“When somebody says I don’t have the capacity, I begin to imagine. Is it my capacity to win the election with money? Must we now win elections with money? Are elections for the highest bidder? Our mantra in the Labour Party is centred on what you have done”

So, that was also a forged document?

Are you asking me? Isn’t it obvious to you by now? Let me even ask you, if, for instance, that I don’t even have capacity to run, as they claim, are we now going to allow someone, who has the capacity to forge my purported withdrawal documents without my consent? Someone, who forged court documents? Is that what the Labour Party and Peter Obi represent?

The first time I met with this man, Okey Ezea, was when he came to my father’s burial on 23rd of July 2022. But this forged document is bearing 15th July. Which means that they had already finished forging the documents and my signature before I even set my eyes on him for the first time.

The fears of Labour Party Chieftains in Enugu North is that you don’t have the capacity to displace Governor Ugwuanyi and there have also been talks that you are being sponsored by him to be just a placeholder sort-of. And since he put you there, you will be able to shield that place for him so he doesn’t have a strong opposition from there against his senatorial ambition. Is that correct?

It’s just like what I quoted chimamanda Adichie saying, the Germans came to Nigeria, took all our cultural artefacts, the ikengas, the ichis and we are asking them, give us the ikengas back, the ichis. And they are telling us we won’t be able to take care of the ikengas, which we produced by ourselves. How can you be telling me that I can’t compete in something that I won, in something you said it couldn’t work?

And I also want to ask you, if Ugwuanyi actually did this thing, he must be a magician to know that Peter Obi will emerge as presidential candidate, to be pushing me to be campaigning with Peter obi since 2011.

So, why didn’t you go for the House of Representatives? Because it looks like they are sizing you up and saying that the senatorial position is too huge for you, that at least if not money because maybe you have the money, but you don’t have the political knowledge to tackle bigger politicians like Ugwuanyi.

If I had not contested and won the primary, we will not even have a candidate, let alone someone, who they will now forge documents to replace. This is because you must have a candidate before you can make a replacement. So, Enugu North will celebrate me in due time for being able to even secure it. In some local governments (State Constituencies), we don’t have labour Party candidates because nobody agreed to go against the governor. But me that took the bull by the horn, instead of celebrating me, they are muscling me around and forging my signature to replace me.

What gives you the confidence that this Labour Party you are introducing to your people has the capacity to deliver you?

We are all tired of the system and we want a change and this is not that kind of change some people promised earlier, but a credible change in the sense that people are now well-oriented.

And you think Nsukka will throw away a sitting governor and embrace you, who is just a young, upcoming politician and give you the senatorial seat?

I am not even a politician. If I could win the primary, what made you think that I wouldn’t win the general election, where I have the love of the masses? Did you know that I’m the leader of all the Private Schools with about 150,000 members in Enugu State?

Okay, step into Enugu. That was even what I told the Labour Party. Step into Enugu and do a credibility check. If you come to Enugu, you will hear Obidient. You will also hear ErnestlyObidient; that is for me and it’s widely everywhere. So where do you judge? This time, it’s the masses that are going to elect who will represent them, who will lead them to the Promised Land, not the politicians anymore.

Are you going to sue for that forgery because you have said that someone forged your signature and all of that?
The matter is in court already. That’s why I didn’t go into details.

How Nigeria will end fuel importation in 2023 – Kyari