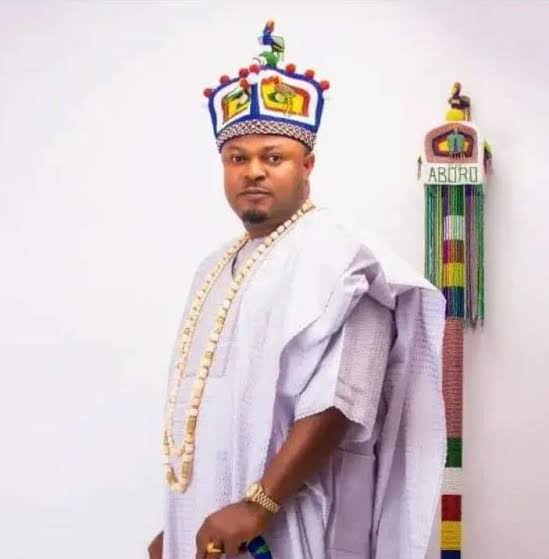 Some aggrieved indigenes of Ibese in Yewa North Local Government Area of Ogun State have rejected the choice of Oba Rotimi Mulero as the new monarch of the ancient town.

The indigenes, majority of whom are sons and daughters of Olokojobi Ruling House, held a peaceful protest in Ibese, to demonstrate their refusal of Oba Mulero as the new Aboro of Ibeseland.

With placards, the Olokojobi descendants said they would not allow a non-patrilineal person to rule them as the Oba of Ibese.

Since then, the Olokojobi Ruling House has been making frantic efforts to have a new king installed.

Recently, the Ogun State Ministry of Local Government and Chieftaincy Affairs approved Mulero as the new traditional ruler of Ibese.

This followed an election reportedly held by the Ibese kingmakers to elect one of the candidates contesting for the stool.

But reacting, the Olokojobis said the process should not have started initially because there is a subsisting court injunction that all activities relating to Ibese obaship installation be put on hold.

They accused the kingmakers of violating the dictates of the Ibese declaration, adding that most of them were induced to take a wrong decision.

Speaking on behalf of the ruling house, Abdulhakeem Idowu said they were telling the whole world about what is happening about Ibese obaship stool.

This, Idowu said, would help in preventing violence, killings and wanton destruction of properties like it happened in Agosasa recently.

“We are against the imposition of Oba in Ibese. We have two injunctions restraining everybody from installing anyone at all as the Oba. One Rotimi Mulero has been installed as the Oba. The said Mulero is not from our ruling house. What we are saying is that this installation, from the beginning to the end, is totally wrong, and we cannot accept it. What the declaration of Ibese says is that the obaship can only go to the female line when there is no qualified candidate from the male line.

“We submitted the name of Prince Adedimeji Idowu to the kingmakers as our candidate. But they went to another family that is not even from Ibese. The Muleros are not from Ibese, they are from Iboro; it is only their mother that relates to us here. The declaration doesn’t allow that.

“We are appealing to the whole world. You can hear what happened in Agosasa, in Ado-Odo and other places over obaship tussle. We don’t want that in Ibese.

“What we are saying is that the government should give us our mandate. This is our heritage. We believe in the judiciary and we know the right thing will be done. The whole world should come to our aid,” Idowu told newsmen at Ibese Garri Market.

He called on the people of Ibese to remain calm, even as he expressed optimism that the court would nullify the process that produced Mulero as the Aboro of Ibese.

“My Olokojobi family and the good people of Ibese, I want you to remain calm. This crown belongs to us. We have the custody of the ancestral crown. Please don’t fight anybody. We are in court and we are going to win,” he stated.