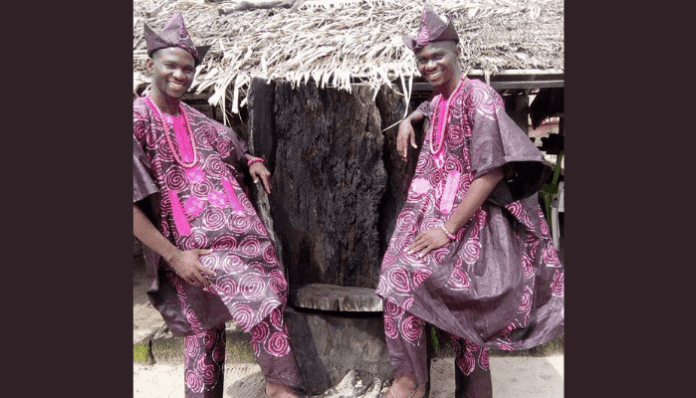 Once again, the historical city of Igbo-Ora was bubbling on October 9, 2022 as people from all walks of life converged in the ancient town to celebrate this year’s edition of the annual Igbo-Ora World Twins Festival.

The festival was put together by Twins World Creations in conjunction with Igbo-Ora Community Foundation to showcase the tourism and cultural potential of the community, which are worth enlisting in the Guinness Book of Record.

The uniqueness of the annual event was the presence of over 3000 set to twins from different parts of the country, as well as the Eleruwa of Eruwa, and some traditional chiefs from Oyo.

For the past 10 years, the community has organized an annual festival to celebrate twins. This year’s event included more than 1,000 pairs of twins and drew participants from as far away as France, organizers said.

There are many good and unique tales from Igbo-Ora, a historical city in Oyo State. The most important tale is that the ancient town is a melting pot of twin birth. Truly, the town is reputable among neighbouring communities in Oyo State, Yoruba land, Nigeria and Africa because of the multiple birth record of twins and triplets in virtually every household.

The frequency of the multiple births is attracting the world, especially researchers and also makes the city worthy of enlisting in the Guinness Book of Record.

Of course, Oba Jimoh Titiloye, Olu of Igbo-Ora, the paramount ruler of the community, is excited at the community’s natural endowment, which is really rare across the world.

According to him, many researchers are still trying to unravel the mystery behind multiple twin births in Igbo-Ora, adding that it might be either the environment or the food people of Igbo-Ora eat that make them give birth to many twins, making the town the world’s twin capital.

Oba Titiloye noted that a study conducted by a British gynecologist, Patrick Nylander, from 1972 – 1982 recorded an average of 45 to 50 sets of twins per 1,000 births in the South West of Nigeria, and there are about 30 times more in Igbo-Ora than there are in the whole of Europe.

“Many researchers are still trying to unravel the mystery behind multiple twin births in Igbo-Ora, adding that it might be either the environment or the food people of Igbo-Ora eat that make them give birth to many twins, making the town the world’s twin capital”

“Population expert has a history of giving birth to twins or other multiples also affirm that Nigeria, particularly the South West has the world highest twinning rate and the Igbo-Ora, the headquarters of Ibarapa Central Local Government has the highest percentage of twins”, Oba Titiloye said.

“In Igbo-ora, nearly every household has a history of giving birth to twins or other multiples, people attributed the predominance of twins in Igbo-Ora to a meal, Amala and Ilasa, morsel meals that combine yam powder (agida) and okra leave soup, yams contain gonadotrophins, a chemical that helps women produce multiple eggs”, he said.

As well, Taiwo and Kehinde Oguntoye, the Ibadan, Oyo State-born twin ambassadors and initiators of the festival, confirmed that being twin has brought a lot of good things to them while saying that the festival was aimed at impacting the state, and Nigeria at large.

According to them, “We are of the opinion that the twin festival can be used to boost the economy of Nigeria. This means that twinning can be used to promote and develop tourism potentials in Igbo-Ora. This festival, which started 10 years ago as Naija Twins Festival was repackaged recently for global participation hence World Twins Festival is designed to position Oyo State as the foremost twins tourism destination in the world, initiate the development of twins festival as a unique sponsorship property and create activity around Igbo-Ora towards attracting of pilgrimage to the “land of twins” or “world twins capital” and improving the economy of the town and neighboring areas”.

They added that the challenges facing twins in Nigeria is basically economic, because most of the families that have twins are not financially buoyant to care for them.

Alake Olawunmi, a mother of twins, attributed it to a local delicacy called amala which is made from yam flour.

John Ofem, a gynecologist based in Abuja, said that it could very well be “that there are things they eat there that have a high level of certain hormones that now result in what we call multiple ovulation.”

While that could explain the higher-than-normal rate of fraternal twins in Igbo-Ora, the city also has a significant number of identical twins. Those result instead from a single fertilized egg that divides into two — not because of hyper ovulation.

Taiwo Ojeniyi, a Nigerian student, said he attended the festival with his twin brother “to celebrate the uniqueness” of multiple births.
“We cherish twins while in some parts of the world, they condemn twins,” he said. “It is a blessing from God.”