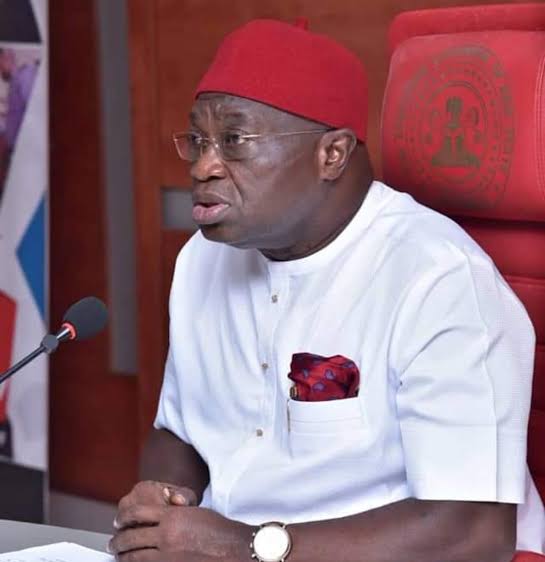 Abia State governor, Okezie Ikpeazu, has direct that all flags in Abia State PDP offices be lowered and flown at half-mast following the death of the Abia State governorship candidate of the Peoples Democratic Party, Uche Ikonne, on Wednesday. The governor has also suspended all campaign activities for the party at all levels until Monday, January 30, 2023.

Prof Uche Ikonne died at about 4 am on Wednesday at the National Hospital Abuja following what his son, Dr. Chikezie Uche-Ikonne, described as “a brief illness.”

Governor Ikpeazu, in a terse statement he personally signed, said it was a difficult period for the PDP leadership in the State and urged members to remain calm.
The statement reads, “It is with a heavy heart but total submission to the will of God that we announce the passing of our Peoples Democratic Party (PDP) governorship candidate for the 2023 general elections, Prof Eleazar Uchenna Ikonne, which sad event took place in the early hours of today at the National Hospital, Abuja, after a brief illness.

“While we condole with the family of the late Professor of Optometry, the PDP family and Abians in general, we pray God to have mercy on his soul, grant him eternal rest and give everyone affected by his unfortunate demise the fortitude to bear the irreparable loss.

“As a mark of honour to our dear departed brother, I hereby direct that all flags in Abia State PDP offices be lowered and flown at half-mast while all campaign activities for the party at all levels be suspended until Monday, 30th January, 2023.

“I urge all PDP leaders and members to remain calm as we navigate through this difficult period together.”

On January 17, Governor Ikpeazu, who had kept mum on the issue of Ikonne’s health, finally confirmed that he was ill.

Ikpeazu made the confirmation on a local radio programme in Umuahia. The governor, however, said that Prof Ikonne was “recovering gradually and progressively”.

According to him, Ikonne attended some rallies organised by the PDP in Abia, including the November 24, 2022 launch of the party’s state-wide campaign at the Umuahia Township Stadium.

He said Ikonne left the stadium for a gala night, organised in honour of the G-5 governors in his (Ikpeazu) Umuobiakwa country home in Obingwa, “where he managed to give a speech and then he took ill”.