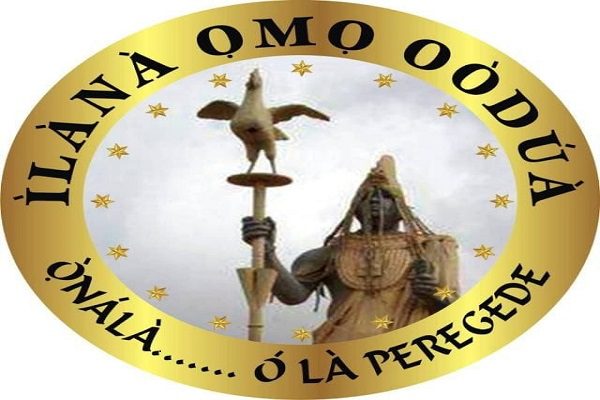 Renowned historian, Banji Akintoye, has expressed his determination to intensify effort on the agitation for the Yoruba Nation, saying that he would not allow bad elements to frustrate the aspiration.

This came as the foremost Yoruba self determination group, Ilana Omo Oodua Worldwide, gets a new constitution midwived by the Constitution review committee of the group constituted by the Congress barely two and half months ago.

The statement read that “This meeting was not a secret or private meeting but a meeting to present a newly approved constitution by the Ilana congress which was held on Friday, 30th December 2022, at the Ilana Worldwide Secretariat and via zoom.

The Ilana Concerned Members, the Diaspora Chapter Coordinators led by Barrister Funmi Soyemi, the Homeland State chapter’s Coordinators led by Chief Taofeek Olawale; and the Ilana Interim Exco headed by its Chairman, Princess Tanimowo Okusaga; the General Secretary, Prince Kunle Adelakun Eruobodo; and other stakeholders made the journey to Cotonou to present the new constitution to Prof. Akintoye. Also, a letter of rejection of Dr. Wale Adeniran as Ilana leader or chairman was presented to the Alana.”

According to the statement, the stakeholders rejected Prof. Akintoye’s resignation to pave the way for Dr. Adeniran. It read, “The method and approach being used are against the constitutional provisions of Ilana Omo Oodua. It is also against the collective interests and vision of Ilana.

“We categorically and unequivocally rejected the ascension of Dr. Adeniran due to the undemocratic process to lead Ilana Omo Oodua, most especially at this point in time when we need Baba Akintoye’s leadership more than ever before.”

It explained that delegates persuaded Prof. Akintoye to rescind his earlier decision to resign from his position as the Alana, stressing that “This decision was applauded by the delegates and general members of Ilana Worldwide.

He, (Prof. Akintoye) promised to stand by the truth and nothing but the truth. He also acknowledged the facts that there are issues and divisions within the rank and file of Ilana and promised to do his best to reposition the organization.

The statement read that “He (Prof Akintoye) stated that we have only one Ilana secretariat and we must live in harmony and in cohesiveness for the cause we are fighting. A Yoruba nation must not die. Prof. Akintoye later signed the new Ilana constitution as a new guiding principle of Ilana Omo Oodua.

“We are using this medium to inform the general public that Ilana Omo Oodua, led by Prof. Banji Akintoye will never abandon the Yoruba nation self determination struggle nor would it compromise its stand.

“We implore the media to be wary of the elements who are parading themselves as the official representative or spokesman for the Ilana. Ilana Omo Oodua would not be liable for any act, illegally committed by impostors.”