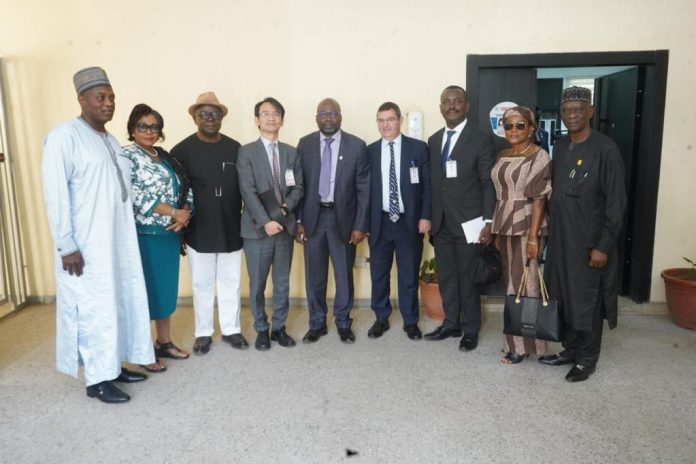 The International Monetary Fund has stressed the need for Ministries, Departments and Agencies in Nigeria to address issues that lead to pervasive corruption and its effects on the Nigerian economy.

This was made known when the IMF team, led by Alin Shane, paid a consultation visit to the Independent Corrupt Practices and Other Related Offences Commission at its headquarters on Wednesday.

Shane said that the aim of the visit was to engage selected government institutions on developments in their activities and the country as a whole, adding that the focus on ICPC was on its role, mandate, cases and convictions, status of Illicit Financial Flows, Civil Service Reforms as regards ghost workers, job descriptions as well as electronic salary payments.

The team wanted to know the efforts made by the Commission to change the negative perception of corruption in Nigeria as well as strategies adopted to tackle corruption and the successes of such strategies.

They also expressed their expectation that the consultation would address how the Commission tackles the demand and supply sides of corruption, procurement fraud and the handling of recovered assets.

In his response the Chairman of ICPC, Bolaji Owasanoye, stated that corruption was the bedrock of the nation’s underdevelopment, negative perception and economical issues, and that surveys and reports conducted in the past had been on retail corruption.

However, the Commission is beaming its searchlight on grand corruption which has a major effect on the public sector, adding that through system review, triggers that lead to corruption were found and have been significantly mitigated, which has led to fishing out ghost workers and yielding significant returns for government.

Speaking on IFFs, he informed the team that the Commission was the Secretariat for the Inter-Agency Task Team on Stopping IFFs, and it focuses on the oil and gas investment environment as well as the trade and tax sectors to curb transfer pricing, trade mis-invoiving amongst others.

He added that capacity building trainings had been conducted to enable officials know what to look for in order to tackle issues that aid IFFs.

The ICPC boss also revealed that with the Commission’s mandate of public enlightenment and citizen engagement, it has, through the National Ethics and Integrity Policy, gradually been able to mobilise citizens and gain their commitment in the fight against corruption.

He went further to say that the Commission is currently carrying out a project on behavioural change which aims at discouraging members of the public from tolerating and engaging in corruption and corrupt practices.

Speaking on another initiative by the Commission which focuses on the value-for-money component, with a focal point on the budget system by tracking how money is spent, the Chairman explained the mileage ICPC is achieving through the Constituency and Executive Projects Tracking Initiative, which is on its 5th phase.

Throwing more light on the proceeds of crime and asset management, Professor Owasanoye said that the Commission was empowered by law to sieze, manage and dispose assets, adding that the Commission recently commenced the process of disposal of assets forfeited to the Federal Government, in line with the Proceeds of Crime (Recovery and Management) Act (POCA) 2022 signed into law by President Muhammadu Buhari earlier this year.

He enjoined the team to have conversations with the Judiciary and the Legislature as they were key actors in ensuring that corruption was fought to a standstill in Nigeria.