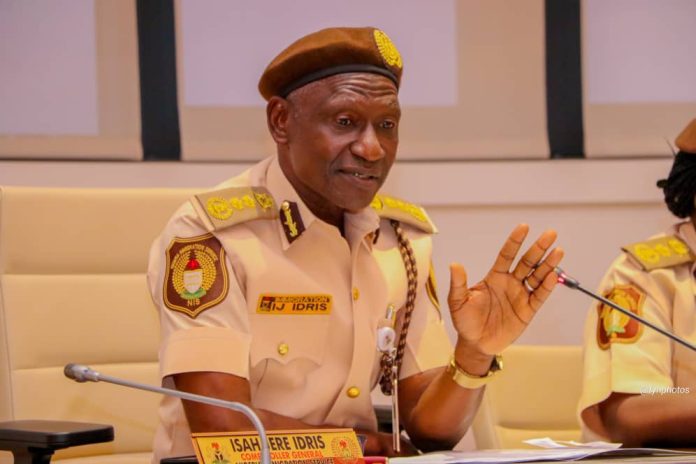 The Comptroller-General of Immigration, Isah Jere Idris, has announced the summary dismissal of eight personnel of the Nigeria Immigration Service.

He also disclosed a wide range of sanctions for 18 others found to have committed various offences.

According to a statement on Friday by a spokesman of the Service, Kenneth Kure, the announcement followed the approval granted by the Civil Defence, Correctional, Fire and Immigration Services Board (CDCFIB) to the effect that the conduct of the personnel remained grossly unbecoming and unacceptable.

“Thirty-five personnel were, in the course of the year, presented before both the Senior Disciplinary Committee (SDC) and Orderly Room Trial (ORT) processes to ascertain their level of culpability in the various allegations of offences, ranging from employment racketeering, sharp practices, dishonest conducts, absence from duty without official leave, among others, preferred against them.

Nine other personnel comprising one Assistant Superintendent of Immigration II (ASI2) and eight junior personnel were issued warning letters, just as six personnel were discharged and acquitted from all the allegations against them.

The comptroller-general also approved the redeployment of 100 officers and men from Lagos airport with immediate effect, while some others have been ordered to face disciplinary procedures to ascertain their level of involvement in some unprofessional conduct and practices reported at the airport recently.