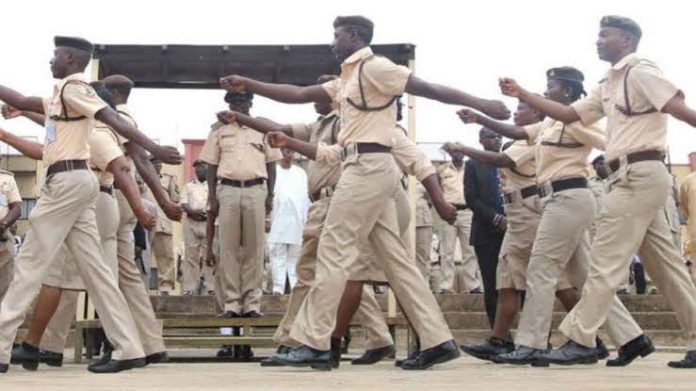 THE  Nigeria Immigration Service has dismissed four officers and sanctioned 32 others for various offences.

It has also reiterated that there are no sacred cows in the Service.

The NIS said its latest measures were taken as part of efforts to rid the Immigration Service of bad eggs and reinforce the Federal Government’s commitment to the fight against corruption.

The disciplinary actions were conveyed in a statement signed by the Public Relations Officer of the Service, Tony Akuneme.

Akuneme also disclosed that 14 personnel were demoted after appearing before the Orderly Room Trial Committee of the Service.

According to him, four other personnel were discharged and acquitted, two were redeployed, 11 were issued warning letters and one was compulsorily retired.

Eleven personnel, he said, were still awaiting trial before the  Committee.

“The Comptroller General of Immigration is assuring the general public that there are no sacred cows in the NIS as all offenders shall be appropriately sanctioned,” the PRO stated.

“He is also urging members of public to be vigilant and support the Service to deliver more on its mandate,” he added.