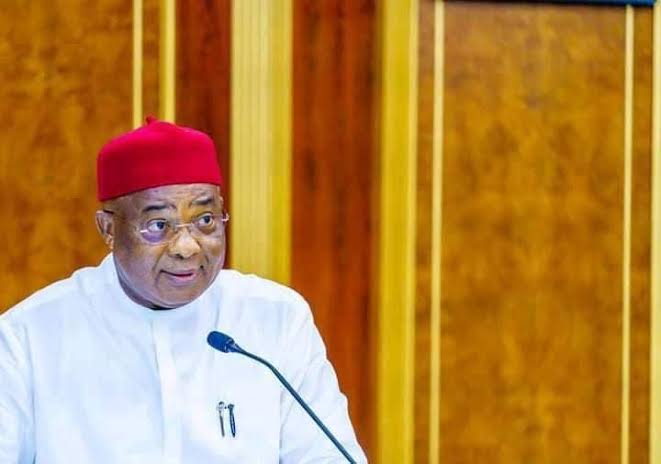 A new modern abattoir which will cost the Imo State Government N348 million will soon birth at Naze in Owerri North.

The Executive Council of Imo State on Wednesday approved construction of the brand new abattoir to replace the existing one at Egbu which has been described as an eyesore.

The Egbu abattoir is said to be capable of causing epidemic in Imo if the people continue to use it for the slaughter of animals for consumption.

Addressing newsmen at the end of the Exco meeting presided over by Governor Hope Uzodimma at the New Executive Chambers Government House Owerri, the Commissioner for Information and Strategy, Declan Emelumba, explained that the abattoir at Egbu will be closed down while the butchers operating there currently will be relocated to the three designated areas.

“Now that the money have been approved, the construction will go on immediately so that the butchers will be relocated to the site identified earlier to ensure the State does not face epidemic resulting from such a very unhealthy abattoir,’’ he said.

Flanked by the Commissioners of Youths and Sports, Dan Ogu; Livestock, Anthony Mgbeahurike; Housing, Dr (Mrs) Love Ineh and the Chief Press Secretary/Media Adviser to the Governor, Oguwike Nwachuku, Emelumba also informed that Council was delighted that the successful flag-off of the two more signature roads – Orlu-Mgbee-Akokwa-Uga and Owerri-Mbaise-Obowo-Ihitte Uboma – have attracted a lot of commendations from Imo leaders across political divide.

“Even the opposition members have been calling to thank Governor Hope Uzodimma for the gigantic strides he has made,” he stressed.

Emelumba said the Council noted with delight that “if completed, the two roads the Governor must have done in less than four years are what previous administrations, since the democratic dispensation, could not achieve, either by those who spent eight years or seven months in office or even since the advent of democracy that the roads have remained unattended to in spite of the fact that they are major economic roads.

“In other words, when completed in addition to the Owerri-Okigwe and Owerri-Orlu roads, it will be taken that the Governor has done what no administration since democracy started has been able to do.”

He said Council commended and congratulated the Governor for his vision in identifying the major economic arteries that could facilitate trade, boost economy and commerce as well as movement of people.

Emelumba said Council also approved the construction of Ogwogoroanya-Umuariam-Avutu road that leads to the home of late Samuel Onunaka Mbakwe, the first democratically elected Governor of Imo State in Obowo.

The Commissioner said that in approving the road, Council noted that late Mbakwe “served Imo State selflessly and that the records available with government shows that he did not steal any Government money. As a result, government is pleased to give him all the honour he deserves.”

He added that government had earlier renovated his home, but today “the road leading to his home is constructed in his honour so that anybody passing through that road will remember it leads to late Governor of Imo State, His Excellency Samuel Onunaka Mbakwe PhD.”

Finally, the Commissioner noted that the Governor showed appreciation to six Imo indigenes who are members of the National Women’s Team, the Super Falcons, announcing a donation of N5 million for each of them “for their superlative performance at the just concluded African Women’s Football tournament held in Morocco.”

Emelumba explained what the Governor did when one of them, Miss Nnadozie Chiamaka from Umunna Orlu, led her team mates to Government House and was presented to Exco members.

In her remarks, Chiamaka expressed her gratitude to the Governor for the giant strides he has made in infrastructure renewal in Imo, especially on the road from Owerri to Orlu which the lady described as “wonderful” and asked the Governor not to relent in his efforts to develop Imo State.

Said Chiamaka: “I am so honoured to be here. I never believed in my life that I will have this opportunity. Thank you Your Excellency for the encouragement and honour. Thank you so very much for the roads, particularly the one leading to my place in Orlu. It is amazing that I couldn’t recognise the junction leading to my home with the street light everywhere.”