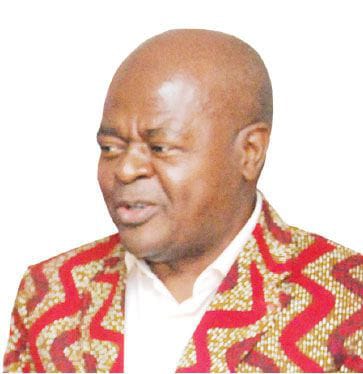 The Chief Executive Officer, Erisco Foods Ltd., Eric Umeofia has appealed to the Central Bank of Nigeria to unify the country’s exchange rate to aid economic stability and recovery.

Umeofia made the appeal during the company’s Product Unveiling and Distributors Reward event on Tuesday in Lagos.

He noted that the multiple foreign exchange rates had caused economic disruptions, illiquidity and roundtriping which had affected operations of many businesses in the country.

“If the country wants to rid itself of unstable foreign exchange rates, we should remove different exchange rates, parallel market is about N770 while official rate is around N440.

“Since I came into the country 10 years ago, the value of my investment has reduced by 40 per cent in dollar terms.

“Last Monday, I lost N74 million to exchange rate differentials. I exchanged naira to a dollar at N900 for a good I wanted to purchase, the next day, it crashed to about N800, I lost N74 on each dollar,” he said.

Umeofia noted that the apex bank should evolve clear strategy and timeline on how it intends to achieve full unification of the country’s multiple exchange rates.

According to him, this will enhance the naira strength, boost liquidity, promote both domestic and foreign investment and stimulate economic growth.

He noted that many companies were shutting down because of wrong actions and inefficiencies of Ministries, Departments and Agencies.

He added that to exit the current economic uncertainty the public must desist from patronising imported goods.

Umeofia noted that patronage of imported goods at a detriment to locally produced goods was an economic sabotage.

Also, Nnamdi Umeofia, the Managing Director, Erisco Foods, appealed to the Lagos State Government to ensure an enabling business environment, saying that activities of some of its personnel was inimical to business growth.

Umeofia noted that business operations in the state were frustrating due to constant harassment by agents of the state government in the guise of sourcing for Internally Generated Revenue.

Besides, Umeofia said that to enhance nutrition and quest for Nigerians to consume healthy foods, the company unveiled seven new products for the wellbeing of the populace.

Erisco Foods also rewarded ACP Danjel Amah with N1 million and products worth N120,000 annually for two years, for his exemplary and professional conduct in rejecting a bribe of $200,000 million.

Umeofia recalled that his attitude led to the arrest of the suspected armed robbery syndicate in Kano State, while appealing to others to emulate Amah’s professionalism and integrity.

He also rewarded Abraham Airaodion, a Nigerian taxi driver in Sharjah, United Arab Emirates, who returned 100,000 Dirhams, (about N12 million) that was forgotten in his taxi.

Some distributors of the company were also rewarded for their excellent performance and contributions to the company’s growth. (NAN)