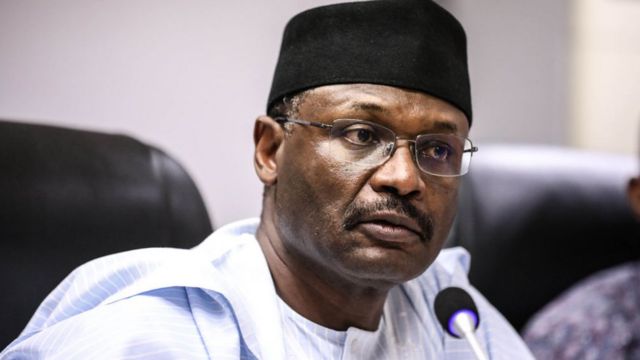 The Independent National Electoral Commission has projected about 95 million Nigerians to vote in the forthcoming 2023 general elections which is over 20 million more than the combined voter population of the other 14 countries in West Africa.

This was disclosed at the inauguration of the election crisis communication team in Abuja on Monday by the National Commissioner and Chairman, Information and Voter Education Committee, Festus Okoye.

“The task of conducting elections all over the world is a daunting one.

Election preparations, deployment and implementation are the most extensive mobilization that could happen in a country even in peacetime. In Nigeria, voters would elect candidates for 1,491 constituencies, comprising 1 Presidential constituency, 28 Governorship elections, 109 Senatorial Districts, 360 Federal Constituencies and 993 State Assembly seats for the 2023 general elections,” he said.

He stated that the inauguration of the ECCT initiated by the Centre for Democracy and Development is not just innovative and timely but a perfect complement to the capacity of the Independent National Electoral Commission.

“This has once more shown that the Centre for Democracy and Development is not just a leading Civil Society Organization (CSO) that advocates for an improved democracy in Nigeria but a think tank that approaches issues of national concern from an informed perspective based on thorough research.

It is important to state that the Independent National Electoral Commission (INEC) has enjoyed good media coverage and Nigerians have become increasingly aware of the work of the Commission, the values attached to transparent elections and the consequences of inappropriate electoral behavior. However, the Commission has also been doing a lot that is under-reported, shrouded in sensationalism, or even misinterpreted by the general public.

“In preparations, INEC would be involved in recruiting and training staff and managing the logistics for their deployment to 176,846 polling units, spread across 8,809 electoral wards, 774 local government areas, 37 States of the federation and the Federal Capital Territory (FCT). This is in addition to applying strategic approaches to ensure the printing and collection of PVCs by registered voters and replacing lost cards before the 2023 general election.”

According to him, “The Commission is expected to perform these duties exceptionally despite the myriad geographical challenges that characterize the country, especially poor transportation systems. INEC staff require water transportation systems in some States, while in other communities, polling and commission staff can only access communities by motorbikes and human carriers. Therefore, ensuring the safety and security of voters, election personnel and materials, candidates, party agents, observers, the media, and transporters would be an enormous task, especially in the context of the current security dynamics in Nigeria.

“The Commission is determined and confident of conducting free, fair, transparent and inclusive elections in 2023. To perform these tasks effectively, the Commission has since recognized the role of effective communication. That is the reason behind the Commission’s Communication Policy, which it continues to update and apply.

Okoye further stated “Consequently, the Commission must be better prepared in communicating its positions. Our communication must be robust and focused on the long-term needs of the Commission. It must be diverse, proactive, coordinated and consistent, with effective feedback mechanisms.

“Our communication strategies must recognize and amplify the demographic changes in the voting population; the increasing use of technology by a sizable number of Nigerians, the increasing engagement by Nigerians with the electoral process and the affirmation of the Nigerian people in their belief that the Commission has the capacity and courage to conduct transparent and inclusive elections.

This is the purpose of this ECCT. We hope that the Team will provide consistent, timely and targeted messaging to various stakeholders.

“Other areas of interest that we hope the ECCT will assist the Commission include the development of voter education materials, production of a press kit and responding to fake news and disinformation. In addition, we are ready to work with you to educate critical stakeholders and the general public on critical aspects of the forthcoming general election, including innovations the Commission has introduced to improve election service delivery, particularly leveraging digital technologies, collection of PVCs, accreditation and voting procedure and election day logistics. With the profound expertise and experience in this Team, both from the media and election management angles, I have no doubt that these will be achieved.”

Okoye thanked the Centre for Democracy and Development and all its partners for the wonderful initiative and also the members of the Election Crisis Communication Team for accepting to serve, despite their busy schedules, saying “I want to assure you that the Commission will continue to work in synergy with you to ensure a free, fair, credible and peaceful election in 2023 to protect the will of the Nigerian people.”