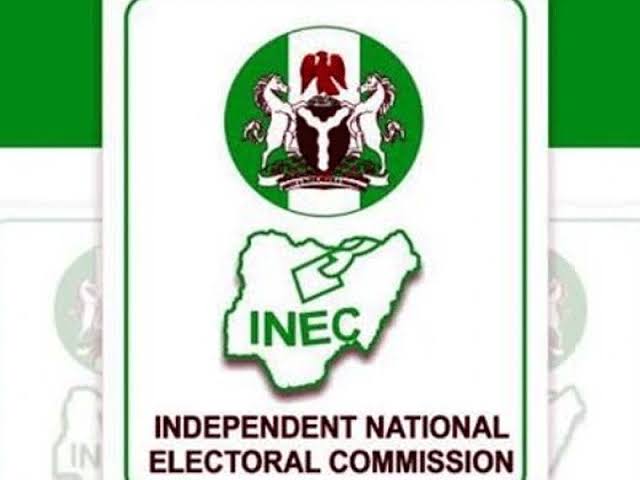 The Independent National Electoral Commission has cautioned political parties against abusive language and acts likely to provoke violence or emotions in their campaigns for the 2023 general election.

The INEC Chairman, Mahmood Yakubu stated this at the opening of a two-day capacity workshop for members of INEC Press Corps on critical issues in the Electoral Act, 2022 in preparations for the 2023 General Election in Lagos on Monday.

Mahmood, represented by Festus Okoye, INEC National Commissioner, Information and Voter Education Committee, urged all registered political parties to critically study and pay attention to the provisions of laws for proper and peaceful conduct of political campaigns, rallies and processions.

The laws according to Mahmood included the Constitution, the Electoral Act, the Police Act and the Public Order Act.

“A political campaign or slogan shall not be tainted with abusive language directly or indirectly likely to injure religious, ethnic, tribal or sectional feelings.

“Abusive, intemperate, slanderous or base language or innuendoes designed or likely to provoke violent reaction or emotions shall not be employed or used in political campaigns,” Yakubu said.

Regarding activities toward the 2023 general election, Yakubu said that eight out of the 14 items on INEC calendar and schedule of activities including the release of the final list of candidates nominated for national election have been implemented.

He said that on October 4, INEC would release the final list of candidates nominated in relation to state elections.

“On September 28 presidential and National Assembly campaigns will start, while that of governorship and State Assembly candidates will start on October 12.

“The commission will continue to adhere to set timelines in carrying out its activities,” he said.

Yakubu said that INEC has devoted time and energy to the cleaning up of the voter register using the Automated Biometric Identification System.

“This process is almost finalised and the commission will engage with stakeholders relating to its findings before displaying the register for claims and objections as required by law.

“Furthermore, the commission is working out a protocol for seamless collection of Permanent Voters Cards by valid registrants,” he said.

Yakubu assured that INEC would deploy and continue to deploy appropriate technology for conduct of elections.

“The Bimodal Voter Accreditation System (BVAS) and INEC Result Viewing Portal (IreV) will be deployed for the conduct of the 2023 general election.

“We will continue to use technology to improve and enhance the credibility of elections in Nigeria.

“Our goal is electoral justice where every Nigerian will experience electoral fulfillment,” he said.

Yakubu described the workshop as timely as preparations for the 2023 general election have reached advantage stage with only 152 days away.

He said that it was important for the media, especially the INEC Press Corp to have a good knowledge and understanding of the workings and operations of the commission.

He said that was necessary for an informed and balanced coverage of the commission’s activities and the dissemination of information to the general public.

Mahmood described INEC Press Corp as an indispensable partner in the electoral process that provides a veritable platform and pathway for the dissemination of electoral information to the Nigerian public.

“The commission will continue to collaborate with the Press Corp in providing the requisite information that enables them to engage the electoral process and educate citizens to make informed choices,” Yakubu said.

The Lagos INEC Resident Electoral Commissioner, Olusegun Agbaje, said that the event presented a unique opportunity for participants to be well equipped with adequate knowledge of the processes of INEC, the Electoral Act 2022 and activities towards 2023 general election.

Agbaje advised the media to play its role in ensuring free and fair elections in 2023 by ensuring that the rule of law prevailed.

“As the clock gradually clicks towards the 2023 General Election, the media have a supreme call and duty to mobilise, sensitise and enlighten the electorate on all electoral processes by educating them on their responsibilities to perform their civic roles to vote for any candidate of their choice in all elective posts.

“Address the issue of voter apathy and poor voter turnout in elections in Nigeria by rallying the electorate to perform their civic responsibilities.

“Educate voters to vote appropriately to avoid incidence of high records of invalid ballots at election; ensure that the game of politics is played in accordance with the enabling laws, rules and guidelines,” he said.

Agbaje also called for robust engagement with parties and candidates to assist voters to make informed choices at the election; checkmate the current trend of fake news and sensational reportage of events.

“Educate the citizens on the provisions of the Electoral Act 2022, as well as the rules and regulations guiding the election.

“Collaborate with INEC and other election stakeholders to checkmate vote buying through sensitization, effective monitoring and enforcement of the laws.

“Also give a level playing ground to all parties/candidates by allocating to them equal media time and coverage; help to reduce electoral violence to the barest minimum,” Agbaje said. (NAN)