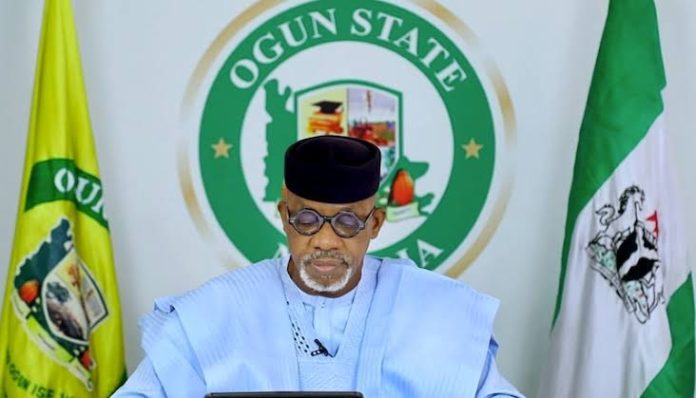 The Ogun State Government has noted the publication of a report as contained in the Multiple Indicator Cluster Survey rating the state as having the highest infant mortality rate in the South West of Nigeria.

Multiple Indicator Cluster Survey is conducted every two years by the Bureau of Statistics with support from partners in order to fill the data gap for monitoring the situation of children and mothers’ health.

The survey had in recent statistics recorded Ogun State as having the highest record of deaths of children between the ages of 0 and five years as well as postnatal care for newborns, in the southwestern part of the country.

But the state government in a statement by the Commissioner for Health, Olutomi Coker, on Saturday, in Abeokuta, cleared the air on the recent result released in the last MICS in Ibadan, Oyo State.

Coker said that the state government was not unaware of the health position of women and children in state, the situation is not as painted by the publication.

She stated that the report also made it clear that the sample size were not adequate for majority of indicators in the state thereby making the report a poor representation of the true picture of infant health in the state.

“Our attention has been drawn to a publication rating three southwest states as having high infant mortality as released in the last MICS disseminated recently in Ibadan. While the Ogun State Health Ministry acknowledges the result of the survey, we would like to state that we are monitoring the health situation of bith our women and children in the state . All efforts are being deployed to ensure Ogun State continues to rank within one of the lowest in infant mortality in the southwest.

“The survey is conducted every two years and MICS 5 results for Ogun State was considerably low compared to the recent results which came as a surprise given the variius interventions we have put in place as an administration to improve the health outcomes for our mothers and children”, she noted in the statement.

Coker stated further that the recent review of our data suggests approximately 40% of pregnant women in Ogun State choose to visit Traditional Birth Attendances for delivery, which may have impact on the outcome for both mother and child.

She remarked that this administration is not sitting on its oars on the above subject matter, disclosing that systems and innovations have been instituted to address this undesirable trend.

Some of the innovations according to her include systematic re-orientation of pregnant women to embrace delivery at government health facilities through enrollment of over 50,000 pregnant women and children under 5years into the Basic Health Care Provision Scheme across the 20 Local Government Areas; training of health workers including doctors, midwives and CHEW on Helping Babies Breathe; orientation of TBAs on identification of danger signs in pregnancy, resuscitation of the newborn and early referrals; the recent release of equity funds by Governor Dapo Abiodun as payment of insurance premium for over 4,345 pregnant women to further encourage facility delivery and improve child survival indices.

She added that commencement of the Hub and Spoke project to drive early referrals from our TBAs to secondary and tertiary health facilities, renovation and equipping of primary health care centres across the 20 LGAs to create a conducive environment and deliver qualitative health services at the grassroots, are also being facilitated by the state government.

Coker further disclosed that amidst the nationwide shortage of Healthcare personnel, Ogun State Primary Healthcare Board has recently recruited 55 Midwives and 48 Medical Officers to complement the existing workforce at the Primary Health Care level, while plans are at an advance stage to have a Mother and Child Unit with a dedicated Fetal Medicine Centre at Olabisi Onabanjo University Teaching Hospital, Sagamu.

While allying the fears of the populace of the state on the report most especially mothers and caregivers, the Commissioner however noted that “We believe that with the above innovations and interventions, the infant mortality would be expected to be on a downward trajectory.”

“The District Health Information System ( the national health infirmation database), will be constantly interrogated to monitor the State infant mortality trends and appropraite response will continue to be deployed in a timely manner”, Coker submitted.