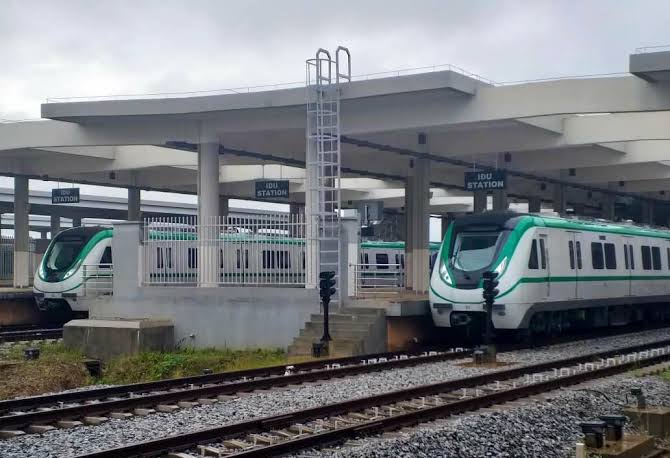 The total revenue generated by the Nigerian Railway Corporation from passengers dropped by N1.48 billion in the second quarter of 2022.

The figure represents a decline of 71 percent when compared with the first quarter of 2022.

The NRC data is contained in a report by the National Bureau of Statistics, titled ‘Rail Transportation Data Q2 2022’.

The decrease in the number of passengers also had a strong effect on the revenue generation of the corporation.

While there was a decrease in revenue from passengers, the report shows that there was an increase in the revenue generated from goods and cargo.

The NRC generated N2.41 billion in revenue from passengers in 2019, the NBS stated in another report.

According to the official statistics, passenger income was the most important source of revenue in 2019.

For the same year, revenue from goods or cargo was N362.88 million, while revenue from other income receipts was N64.58 million, totaling N2.84 billion for the year.

The revenue generated from these three sectors; passengers, goods or cargo, and other income receipts, declined in 2020 as a result of the pandemic’s suspension of many major operations.

The report further stated that a total of N1.75 billion in passenger revenue was earned, which when put against the previous year, was a 28 percent decline.

Rail transportation brought in N2.03 billion at the conclusion of the year, with revenue from passengers contributing the highest income.

Passenger revenue more than quadrupled in 2021 to N5.70 billion, while goods or cargo revenue increased to N317.57 million. Total revenue for the year was a massive N6.08 billion, with revenue from other income receipts amounting to N66.80 million.

Again, revenue from passengers contributed to the massive increase in revenue.

Even though the revenue generated is not yet comparable to that of major nations such as the United States and Canada, the increase in passenger revenue indicates Nigeria is on its way to obtaining another source of income that can further improve the nation’s state and increase GDP, which grew by only 3.11 percent in the first quarter of 2022.

However, the main issue is the country’s insecurity, which has affected several sectors that may see increased growth.

In March 2022, over 900 people were on board an Abuja-Kaduna train when it was attacked along the route.

While some were fortunate enough to escape, the majority were killed on the spot or captured.

This incident created fear and anxiety in other individuals who may have been eager to try out railway transportation, and it also demonstrates that rail transportation, which was formerly seen to be a safe mode of transit, is now unsafe.

Barely two months after Abuja-Kaduna train began operation after the kidnapping of passengers between the axis, gunmen on Saturday abducted another 30 passengers from a train station in Igueben Local Government Area of Edo State.

The victims were waiting to board a train to Warri in Delta State when their attackers struck.

The Federal Government in a statement through the Ministry of Transportation condemned “the despicable and utterly barbaric kidnapping of passengers at Tom Ikimi Train Station Igueben Edo State.

The usage of railroads is beneficial not only for people commuting but also for moving goods and cargoes and enhancing faster distribution.

Additionally, it reduces traffic because the common modes of transportation, including bicycles, automobiles, buses, trucks, and lorries, use fewer roads.

Also, because an additional railway carriage can always be added to give more cargo room, rail transportation scores better in cargo hold size when compared to the moving capacity of bulk commodities by road vehicles in terms of safety and speed.

Some manufacturing companies, such as Lafarge, which employ rail transit to move some of their goods, may be obliged to find alternative modes of transportation in order to avoid substantial revenue losses from destroyed goods as a result of any attack.

NBS reported that in 2019, there were 200,113 tonnes worth of goods/cargos sent through rail transportation.

Insecurity has now expanded to rail transportation, and this new development suggests that revenue growth from railway operations, particularly passenger revenue, will continue to drop.