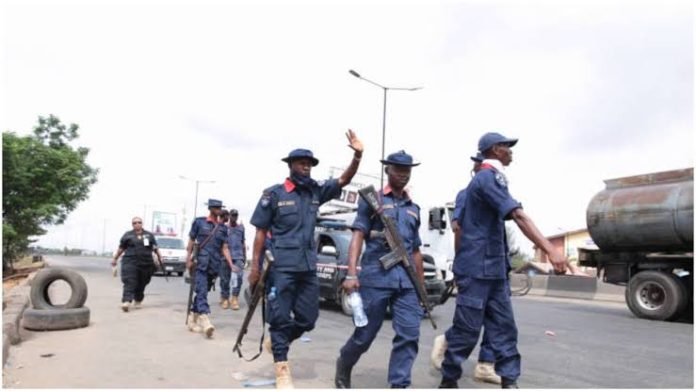 In a bid to tackling the insecurity situation in the country, especially in Osun State, the State Commandant, Agboola Sunday, has given a marching order to Area Commanders and Divisional officers to rejig the security architecture in the state.

A statement signed by ASCII Adeleke Kehinde, Acting Public Relations Officer of the command on Monday, disclosed that the meeting, which was aimed at reviewing the operational strategies of the command, availed the personnel the opportunity to take decisive measures to stamp out criminal activities in the state.

The NSCDC boss also charged the Area Commanders and Divisional heads to step up their operational strategies, as criminally minded people have also advanced in their tactics of operation, hence the need to put all the trainings they have acquired into action, in order to make the state safe from any act of criminality.

Commandant Agboola said, “Give your best in service to the nation, we can’t continue using the same tactics and expect different result, as the prevailing security challenges calls for a change in our operations.”

Stressing further that all personnel must strive to meet the security expectations of members of the public, which is protection of lives and property, Agboola explained that his administration would deal with erring Officers, who may want to sabotage his efforts.

While addressing the issue of intelligence gathering, the Commandant charged the intelligence department to double down their efforts, by interacting with members of the public in order to get actionable intelligence; maintaining that security thrives on intelligence.