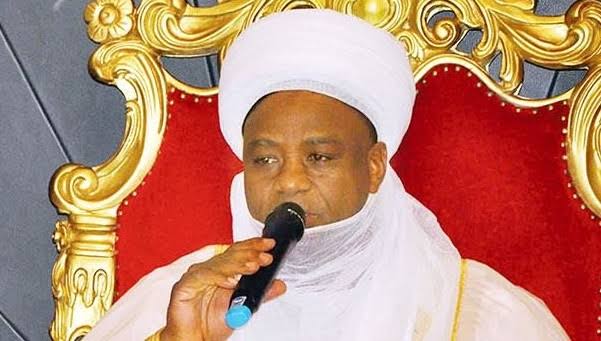 BY TIMOTHY AGBOR AND BRIGHT JACOB

The Sultan of Sokoto and President-General, Jamaatu Nasril Islam, Saad Abubakar, has urged Muslims to offer special prayers for Gods intervention for an end to the challenge facing the country.

The call was contained in a statement issued by Khalid Aliyu, Secretary-General, JNI, on Thursday in Kaduna.

Abubakar also urged Nigerian pilgrims in Saudi Arabia to pray for Nigeria and its leaders on Arafat day.

I implore us all to dedicate special prayers against all these menaces and the hydra-headed calamities of insecurity, poverty, high cost of living and corruption occurring in Nigeria, he added.

The Sultan also sought prayers as the 2023 general elections approaches.

Similarly, with the 2023 general elections fast approaching, we need to also seek Allahs apt intervention for stability, security, peace and development of Nigeria.

As people of faith, we must submit ourselves to Allah, especially that all efforts geared towards restoration of peace and order seem to defy solutions.

We reiterate the need for fervent prayers for peaceful and smooth political transition, and an end to the varied socio-economic challenges, he added.

Also, a former Deputy National Publicity Secretary of the Peoples Democratic Party, Diran Odeyemi, said neither President Muhammadu Buhari nor other Nigerians are safe following the worsening security situations across the country.

Odeyemi told The Point that it was debasing, unfortunate and embarrassing that the President’s advance convoy would be attacked without any prior intelligence or information.

He, therefore, asked President Buhari to call for assistance from the international communities because it appeared the Federal Government was overwhelmed.

According to the top politician, there was nothing to show for the recent shake-ups in the security echelon.

“We thank God that the president was not involved, we would have been saying another thing today. But, it’s unfortunate in the eyes of the international community, it’s debasing, it’s very embarrassing if the convoy of the president could be attacked in such a manner,” Odeyemi said.

While describing the attack on Kuje Prison as a sign of outright breakdown of security in Nigeria, Odeyemi pointed out that the release of inmates, especially Boko Haram, was not a good omen for the country and its citizens.

“On the attack on Kuje, the maximum prison we have in this country where celebrity prisoners are kept, it shows that in this country, there is an outright breakdown of security. And if the President, in his wisdom, decided to change the heads of all security outfits, the Navy, the Army, the Air Force and even the Police and there has not been any change to the security situation in this country, it means that nobody, right from the presidency to the ordinary citizens is safe.”

Casting doubt on the possibility of the nation holding the much anticipated 2023 general elections, Odeyemi said it was obvious that the country is not prepared.

“The unfortunate thing is the question nobody has been able to answer. Are we sure 2023 general elections will be realistic with these kinds of security breaches everywhere in the country? I am not sure we are prepared.

“I will only call on the President to please call on the international community to assist us if they are not capable of protecting the lives and property of Nigerians any longer,” he advised.

Similarly, a PDP chieftain in Edo State, Anselm Ojezua, told The Point that the attack on the Presidents convoy indicated that Nigeria had been overwhelmed by terrorism and criminality.

According to him, the government at the centre has failed in its primary roles of security and welfare of citizens, and it was time everyone placed partisan politics aside to proffer solutions to the nagging problem of insecurity.

Clearly, our country has been overwhelmed by terrorism and criminality, and theres no doubt in my mind that the current situation is not sustainable. Were just at the mercy of terrorists, and its across the country, he said.

Ojezua, who is also a lawyer, said, The primary purpose of the government according to our constitution is security and welfare of its citizens.

Neither of these two is being catered for at the moment. Things are wrong, and we have to look beyond partisan politics to find solutions to the insecurity, which is a common problem for all of us, he said.

He faulted the idea of having one central internal security apparatus, and said it was time Nigerians took a look at the current security arrangement where some 300,000 law enforcement agents were policing over 200m Nigerians. In his assessment, that already tells you that you are not serious.

He called for more investment in the armed forces, and declared that unfortunately, what we are spending on them (armed forces) is not enough, but the truth is most of what goes to them, in my opinion, does not go for the purpose (it is meant for).

He also added that the recent Kuje jailbreak may aggravate the already fragile security situation, as the Boko Haram members who escaped would likely want to show gratitude to their liberators.