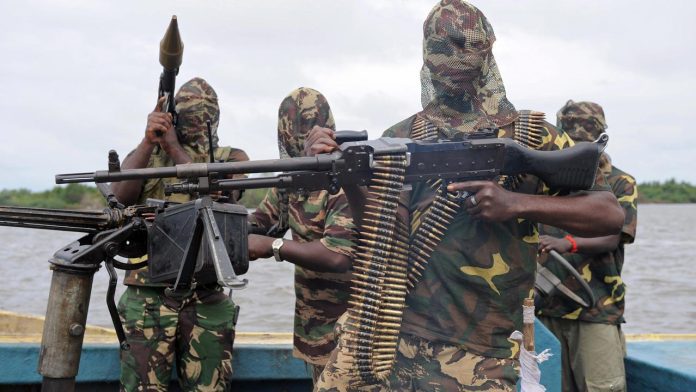 The 12 years of Boko Haram insurgency in the North East has created a huge humanitarian crisis with thousands of women and children made homeless, orphaned and hungry, and without a secured future.

There are also thousands of children of Boko Haram insurgents whose parents surrendered and have to be mentally rejigged to ensure that they do not become a new generation of fighters who view the Nigerian state and people as enemies, like their parents did.

This mix of these despondent vulnerable groups and the potentially dangerous ones are currently being managed by the Nigerian military and Borno State Government to not only restore their dignity and hope, but also create a sustainable future for them.

There are at least 65,660 women and children of surrendered Boko Haram fighters in rehabilitation camps in Borno State and over a thousand children without parents or relatives.

In the 12 years of mindless killings and destructions, Boko Haram and Islamic States West Africa Province terrorists have subjected women and children to extreme violent abuses, including abduction, sexual exploitation and violence, and forced marriages.

In its 2022 Humanitarian Needs Overview, the United Nations Office for the Coordination of Humanitarian Affairs indicated that 8.4 million people, including women and children in the North East states of Borno, Adamawa and Yobe are in need of humanitarian aid.

The conflict, which spread to areas surrounding Lake Chad, has caused one of the world’s most severe and complex humanitarian crises.

The psychosocial impact on the region, particularly on vulnerable groups is huge, requiring professional handling of the situation.

The Nigerian government has not reneged on this responsibility.

The government has been working with relevant humanitarian groups, regional governments and key stakeholders to manage the crisis.

“They will become more dangerous than their parents if not properly handled, because they grew up with hate and the wrong perception that everybody in Nigeria is an enemy”

These figures exclude those that were arrested and awaiting prosecution, or rehabilitation and reintegration.

These categories of terrorists are being held at the Joint Investigation Centre at Giwa Army Barracks in Maiduguri, the Borno State capital, and Kainji in Niger State.

The JIC is for temporary holding and investigation of both suspected and confirmed terrorists.

Currently, there are a total of 1,893 of such suspects in custody, out of which 886 are awaiting prosecution.

The Federal Government, supported by the World Bank, has come up with Operation Safe Corridor, a humanitarian support programme to deradicalise, rehabilitate and reintegrate repentant terrorists, among them children forced into the conflict.

A total of 323 of such are currently undergoing de-radicalisation and rehabilitation at a centre set up in Gombe State, after which they will be reintegrated into the society and empowered to pursue legitimate businesses.

There are also hundreds of female detainees at the JIC, who also have children with them.

Checks by the News Agency of Nigeria reveal that the military, in collaboration with the International Committee of the Red Cross, is providing accommodation, care, educational services and healthcare for the detainees, especially children.

The JIC has a team of experts, including psychologists, investigators, mental health professionals and other experts drawn from various fields.

These professionals investigate the terror suspects and recommend them for prosecution or deradicalisation, rehabilitation and reintegration.

Majority of the female detainees are wives of Boko Haram terrorists who have been profiled and categorized for prosecution or deradicalization, rehabilitation and reintegration.

Aisha is one of them, and was pregnant as at the time she was apprehended. Seven months ago on May 15, she gave birth to a baby named Muhammadu.

According to her, she was adequately taken care of during the pregnancy and after the delivery, while little Muhammadu is also receiving appropriate medical support including routine immunisation against childhood killer diseases.

The immunization card of the little boy sighted by NAN showed that he received his last immunisation on November 28, at the camp’s medical facility.

Aisha said she carried her pregnancy through and never contemplated aborting it, nor was she ever pressured to do so by any official of government or the military.

The Hajj Camp in Maiduguri alone is a community of over 15,000 repentant terrorists and their families being cared for by the Borno State Government.

There are currently over 10,000 women and children including new born at the camp, which has kept swelling due delivery of new babies on a daily basis.

The medical officer in charge of the camp, Dr. Muhammed Saleh said 263 babies were born between July and October, 2022.

He explained that 94 of the children were delivered in July, 98 in August, 60 in September, and 11 in October, adding that all the nursing mothers came into the camp while pregnant.

Saleh said that the camp currently has hundreds of pregnant women being adequately cared for, while new births are being recorded on a daily basis.

He said the camp clinic handles about 500 patients daily, and in spite of the number, they have no record of any woman demanding for abortion.
“If there is any medical reason, such cases are referred to higher hospitals.

“We maintain the pregnant women and take care of their babies. We handle between 18 and 30 deliveries daily,” he said.

Mariam Bori, a mother of two from Bama, whose husband surrendered six months ago, told NAN that they were being well taken care of at the camp.
To fast track an end to the insurgency, the Borno State government has come up with what it called, the ‘Borno Model’.

This is a community-driven initiative of disarmament, demobilisation and deradicalisation, as well as rehabilitation, reconciliation and reintegration.

The Special Adviser to the state Governor on Security, retired Brig.-Gen. Abdullahi Ishaq, said the initiative was to persuade fighters to drop their arms and come out of the bush.

According to him, about 3,500 low-risk persons and minors have been reintegrated into the society through the programme.
The Commissioner for Women Affairs and Social Development, Hajia Zuwaira Gambo, said the ministry had provided psychosocial support for about 35,000 women and children.

Gambo said the programme has both psychiatric and economic empowerment aspects.

“We engage them in skills acquisition as well as continuous counseling and mentoring, in partnership with agencies and organizations like UNICEF.”
The commissioner said UNICEF built schools for the children and facilities for women to have safe space where those of them who were victims of gender based violence and other abuses are attended to.

“We have the skill acquisition section where they are being trained in various skills for both men and women.

“So far, it is a very holistic and comprehensive intervention, because we believe that having realised where they are coming from and having seen the sincerity in their surrender, the best we can do is to redirect them.

“The religious component is being addressed because when they came here we realised immediately that whatever they have done in the past has nothing whatsoever to do with religion; they don’t even understand what Islam is.

“We are not giving them fish; we are teaching them how to fish.

“Those who excel are given start-ups and you can see some of them displaying their entrepreneurial skills in the camp by trading in various articles,” she said.

At the Bulumkutu Interim Care Centre where 14 Chibok school girls recently rescued by the military are being rehabilitated, it was a story of joy and pain for 25-year-old Rejoice Sanki, who was rescued with her two children.

Narrating her ordeal, Sanki told NAN that she was forced to marry a terrorist, who she intensely “detested even while remembering his name and face.”

Sanki said she was tortured when she initially refused to marry the terrorist, but had no option than to succumb to what they wanted.
The Chibok girl said she was lucky to escape with her children and was rescued by the military.

She thanked the government for taking care of her and her children, adding that her desire is to meet her parents and return to school.
“When I was in Chibok School, I was a science student and my ambition was to become a medical doctor.

“I have suffered so much, because this is not who I was and what I wanted to become,” Sanki said.

For 24-year-old Yana Pogu who was rescued with her four kids, among them a set of twins, her greatest desire is to reunite with her parents and take good care of the children.

Pogu said the Borno State government has been taking good care of them and their kids, but would like to go back to school to be educated again, so as to be useful to her family and the society.

At the Bulinkutu centre, there are about 1,000 children separated from their parents as a result of the insurgency who were being catered for educationally, medically and mentally by the state government.

The Shehu of Borno, Alhaji Abubakar El-Kanemi, commended the military and the state government for returning displaced persons back to their ancestral homes, and taking care of those still in camps.

On the deradicalised and rehabilitated ex-fighters and their families, the traditional ruler said that no community had ever rejected any of them.

The Theatre Commander, Joint Task Force North East Operation Hadin Kai, Maj.-Gen. Christopher Musa, said the over 41,000 children of repentant and surrendered terrorists in their care are being professionally managed, so that they don’t grow into a new generation of fighters.

“They will become more dangerous than their parents if not properly handled, because they grew up with hate and the wrong perception that everybody in Nigeria is an enemy,” he added.

Musa said the surrender of the terrorists has brought some measure of peace and stability to the region, adding that the major work left now is largely humanitarian in nature.

Ogunsakin said the military also attended to the rescued Chibok girls and their children, “because of the peculiarity of their case”.

He said one of the rescued Chibok girls came in with pregnancy and two babies, but was provided medical care at the facility.

Ogunsakin said she was later discharged from the hospital and handed over to the theatre command and subsequently to the state government.

On whether the hospital performs abortion for women that came out of terrorists’ den with pregnancies, Ogunsakin dismissed the insinuation as sheer mischief and preposterous.

“We don’t have the power to terminate anybody’s pregnancy in this hospital, and even if a mother asks us, we don’t grant such request because it is against our practice,” the commander added.

Ogbaje is a staff of the News Agency of Nigeria.

Fanfare as The Place launches new outlet in Lagos

Gbajabiamila stirs up the hornet’s nest with Students’ Loan Bill