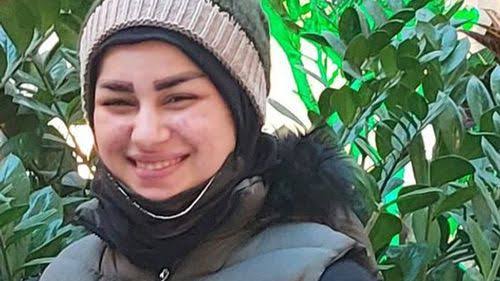 A man who beheaded his 17-year-old wife has been sentenced to eight years in prison in Iran, the judiciary says.

A judiciary spokesman said the leniency of the sentence was due to Mona’s parents having “pardoned” him for the murder rather than seeking retribution.

Her father previously said that he had not given his consent for the killing.

Mona had been married to her husband since the age of 12 and had given birth to their son when she was only 14.

Local media reported that she had fled to Turkey after allegedly being subjected to domestic violence by her husband, who had refused her requests for a divorce.

She had returned to Iran a few days before her murder last February because she had reportedly received assurances from her family that she would be safe.

Judiciary spokesman Massoud Setayeshi told reporters on Wednesday that Sajjad Heydari had been sentenced to seven-and-a-half years in prison for murder and an additional eight months for assault.

He explained that the verdict was in line with Iranian law, under which intentional murder is punishable by death unless the family of the victim forgives the killer.

Mona’s brother-in-law was given a 45-month sentence for complicity in the murder, he said.

The gruesome killing prompted fresh demands in Iran for a law aimed at preventing domestic violence and protecting victims.

There were also calls for the minimum age of marriage for children to be raised. It is currently set at 13 for girls, although girls even younger than that can legally marry with judicial and parental consent.

In 2020, there was similar outrage after 14-year-old Romina Ashrafi was beheaded by her father after she reportedly ran away from home with her boyfriend. The father, who had consulted a lawyer to find out what punishment he could face for the crime before he killed her, was sentenced to nine years in prison – one less than the maximum allowed under the law.

The government subsequently approved a draft law that would criminalise various forms of violence against women. However, it has yet to be passed by parliament and a UN independent expert has said it does not go far enough.

Iran is currently being rocked by anti-government protests that were sparked by the death in custody of a young woman who was detained by morality police in September for allegedly wearing her hijab, or headscarf, “improperly”.

Four people have so far been executed in connection with the protests, while 18 others have been sentenced to death. Human rights groups have said they were convicted after grossly unfair sham trials.