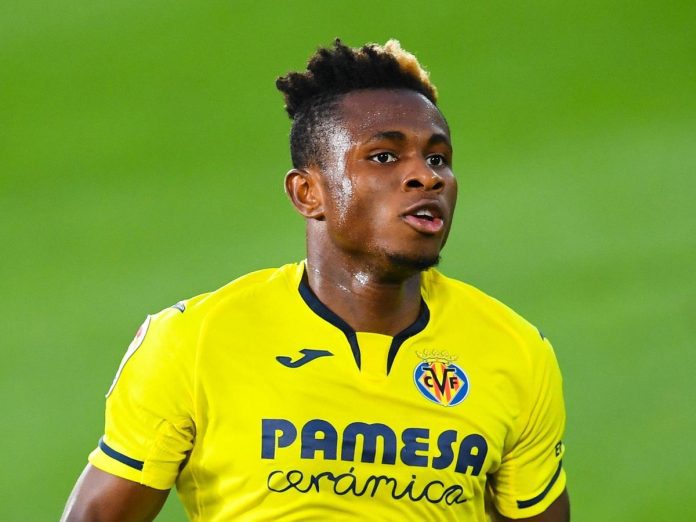 According to reports from the Englih press, a reunion between Chukwueze and former Villarreal manager Unai Emery may be on the cards.
Renowned journalist Romano has added fuel to the reports by describing the reports making the rounds as ‘normal’.

“I think it’s normal to have these sorts of links, because when a manager joins a new club, we always have the rumors about his former club’s players.” the Italian told GIVEMESPORT..

Steven Gerrard was relieved of his duties as Villa manager in late October, and the vastly experienced Unai Emery was appointed as successor.

During Emery’s tenure as the Head Coach of the Yellow Submarine, Chukwueze was popular in the dressing room.

Samu as he’s fondly called by Emery was part of the Villarreal squad that emerged victorious in the 2020/2021 UEFA Europa League.
The Super Eagles winger is not the only Villarreal player to be linked, with Senegalese youngster Nickolas Jackson, Yeremy Pino and Pau Torres also in the mix.

In the current season, the Nigeria international has registered five goals and six assists in twenty one appearances across all competitions.