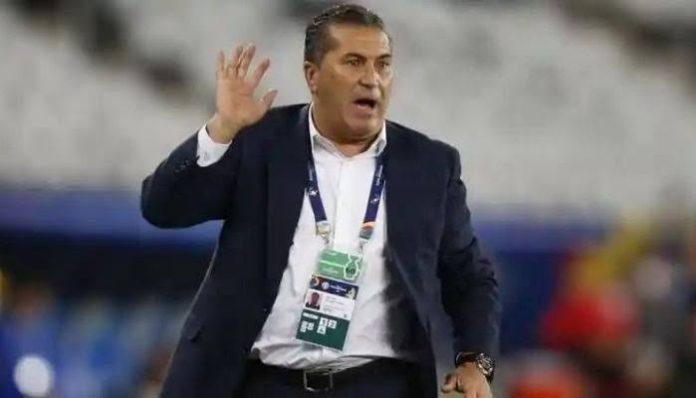 Nigeria national football team coach, Jose Peseiro, has not received a single pay cheque from his employers, six months after being appointed to lead the Super Eagles.

Nonetheless, the 62-year-old, who took charge of the team in May, has not yet made an official complaint to Nigeria’s Football Federation about the non-payment of his salary.

In response, the financially-stricken NFF, which receives its funding from the country’s government, says it has come up with a plan on how to settle the arrears.

The NFF already owes money to the Portuguese’s predecessor, Gernot Rohr, and to players from its national teams.

“We’ve heard from Mr. Peseiro’s representatives that he only received his allowances and bonuses, which is very disturbing.

“His salary is being paid by the Sports Ministry but we’ve quickly made an alternative arrangement, in conjunction with the Ministry, to sort the salary payments this week,” a top NFF official told BBC Sport Africa on Tuesday.

Nigeria’s sports ministry, which took on the responsibility to pay Peseiro, has blamed the delay on processes for receiving funds from the federal government. A special adviser to sports minister Sunday Dare says the coach will be paid “very soon”.

“The issue of Peseiro’s payment will be resolved soon with the understanding of the federation and the coach,” Toyin Ibitoye told the BBC.

“Everything is being worked on and we are quite confident that very soon it will be sorted.”

Since missing out on a place at the 2022 World Cup in Africa’s play-offs in March, Nigeria has won their only two competitive games under Peseiro, who previously led Saudi Arabia and Venezuela.

The Super Eagles beat Sierra Leone 2-1 and thrashed Sao Tome e Principe 10-0 to ensure a perfect start in qualifying as they seek a spot at the next Africa Cup of Nations Cup in Ivory Coast, scheduled to be held in early 2024.

In May a FIFA tribunal ordered the NFF to pay former coach Gernot Rohr about $380,000

It is not the first time coaches have been caught in the web of unpaid salaries in Nigeria.

The list of coaches who have had to go without pay for a while is lengthy, including Christian Chukwu, Augustine Eguavoen, Samson Siasia, Sunday Oliseh, Florence Omagbemi and the late Shaibu Amodu and Stephen Keshi.

The NFF is still indebted to Peseiro’s predecessor Rohr as the football authority continues to pay off the Franco-German and also owes outstanding bonuses to players from both the men and women’s senior national teams.

Super Eagles players are unhappy over unpaid bonuses and allowances dating back to 2021, while the Super Falcons are still waiting for the NFF and Sports Ministry to settle outstanding debts from the Women’s Africa Cup of Nations (Wafcon) and other training camps.

In July, the women’s squad boycotted training before their WAFCON third-place play-off against Zambia over the non-payment of both bonuses and allowances.

There are strong suggestions of discontent about the arrears within the squad, who recently engaged on 2023 Women’s World Cup preparatory tours of both Japan and the United States.

“We actually believe the ministry has paid the NFF our WAFCON money but they just refused to make this payment to us.

“Imagine playing two games against the United States and another one in Japan without getting paid a dime. This is very sad,” one of the Super Falcons squad told the BBC

Government officials have also acknowledged the debts to the nine-time African champions and the Super Eagles, as well as Peseiro, but say all parties must be patient.

“The process of sorting the payment for the Super Falcons has since been approved and it is with the ministry of finance,” added Ibitoye.