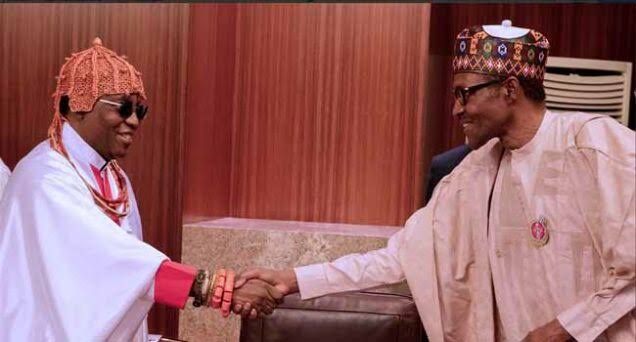 A journalist from Edo State, Sebastine Usifo Ebhuomhan, has hailed President Muhammadu Buhari and the Federal Government of Nigeria for conferring a unique award on the Òba of Benin, His Royal Majesty, Ewuare Il.

Last week, the Federal Government announced a special recognition as the: Most Outstanding Traditional Ruler Award on Oba Ewuare, an honour which the journalist had described as “deserving, befitting and rewarding” to the traditional ruler for his foremost quintessential leadership and human right activism.

In a widely circulated statement, Ebhuomhan, a serial winner of media awards before joining a government agency, rejoiced with the monarch and thanked President Buhari for honouring Ewuare II, who has been at the international forefront of calls and actions aimed at returning all stolen and looted Benin origin artefacts from foreign countries.

He stated, “I, Usifo Ebhuomhan, rejoice with my Father, the Ogidigan, the Umogun, Omo N’Oba N’Edo, Uku Akpolokpolo, Oba Ewuare ll and the entire Benin Kingdom for the honour of Most Outstanding Traditional Ruler Award conferred on him by the Federal Government of Nigeria. Thank you, President Muhammadu Buhari.

“Indeed, there can be no better way to celebrate this year’s Igue. Dear king, long may you reign with many more feathers to your crown. Ob’ugie… Oba ghator kpere, iseeeeee!”

According to Usifo, the award would serve as a complementary toast to the year 2022 edition of the annual Benin Kingdom festival, Igue, that usually holds in the month of December.