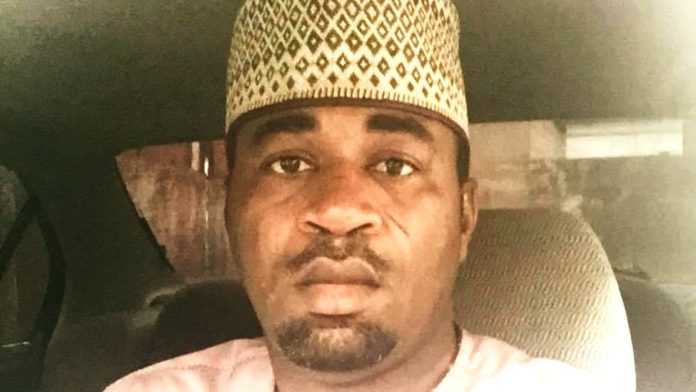 Nigeria’s reopening of a vital high-speed train link nine months after an audacious hijacking is bringing back traumatic memories for some of the survivors, who are struggling to recover from their ordeal.

Gunmen mined the track between the capital, Abuja, and the northern city of Kaduna on the evening of March 28, forcing the train carrying 362 passengers to stop.

Shots then came from all directions as the attackers surrounded the train, which had armed policemen on board, and managed to abduct 62 of the passengers. At least nine people died in the chaos and confusion.

Among those kidnapped was Hassan Usman, a barrister based in Kaduna, and his wife.

He told the BBC that the bedraggled group of abductees – made up of 39 men, 18 women and five children – were forced to trek for four days to the remote area where they were to be held captive, walking in the heat without food and only being given occasional water to drink.

The 47-year-old became the de facto spokesperson for the captives, some of whom were held for five months, and has since set up a WhatsApp group for the survivors so they can give each other comfort and support.

Seeing the smartly dressed lawyer today, it is hard to comprehend that he was the shaggy haired man in grey over clothes who pleaded for the government to heed to the demands of the abductors as other hostages beside him were flogged in a video released in July by the militants.

He says it was a harrowing experience for all the captives but particularly the women who had to deal with unhygienic conditions.

They had no sanitary pads and were forced to use rags. They all drank water from the small nearby lake where they were also allowed to bath.

“During the first few months, we were sleeping openly on bare ground which was sometimes wet, but when the rains started they made makeshift camps and allowed us inside only until the showers stopped,” said Usman.

The captives ate once a day at 11:00 – usually a soup made from corn flour and baobab leaves.

“We realised that the food items were being smuggled in and that getting supplies was a problem. They occasionally brought rice which we cooked with just palm oil and sometimes with beans,” he said.

There were days when they were allowed a second meal at 18:00, but this was rare.

“The women did the cooking and the men did most of the chores like fetching water, firewood and washing the utensils.”

For weeks, the identity of the kidnappers was unknown – with speculation that they were members of bandit groups notorious for kidnapping for ransoms in the north-west.

But Usman confirmed growing suspicions that the gunmen were members of the Islamist Boko Haram militant group that usually operates in the north-east where it started its insurgency in 2009.

The gunmen, one of whom was pictured with the hostages, said they were Boko Haram members

There have long been suggestions that the group, which says it wants to overthrow the government and establish an Islamic state, is expanding southwards.

“They told us that they were Boko Haram and they captured us to drive some of their demands from the government.

“Sometimes they gave us their phones to listen to most of what they preach,” he said, explaining these included sermons from Boko Haram’s first two leaders Mohammed Yusuf and Abubakar Shekau – who are both now dead.

“They even tried to persuade us to join their group and propagate their cause.”

When any of the captives fell sick or needed medication, the militants would seek advice.

“They would always ask the professionals among us, the drugs needed to treat people and they mostly bought [them],” the lawyer said.

“Their charlatan doctors also administered injections to the sick especially for malaria and typhoid treatments.”

At one point, the leader of the kidnappers suggested he take the younger captives to his house for better care, but the parents resisted, Usman said.

While most of the victims of the train attack were released after their families and associates paid huge ransoms, the kidnappers held on to others to make demands of the government.

Some analysts suggest this may have included the release of militants held in prison – though this has never been confirmed.

Usman said his family negotiated his release with the militants – though they have never shared the details of the agreement with him.

All he knows is that it was not a straightforward process and on the day he was to be freed it all went wrong.

“The soldiers patrolling along one axis refused to allow my people access to the meeting point to pick me.”

This prompted the militants to make the torture video and he was only released the next day.

On the WhatsApp group, where the survivors now regard each other as one big united family, people recount their dire situations.

“Many cannot afford three meals a day, some were given a notice to leave by their landlords,” said Usman.

The lawyer bemoaned the lack of help given to the survivors, many of whom need trauma therapy.

“We have a Ministry of Humanitarian Services whose responsibility is to help such people – I think there is need for its intervention at the moment.”

One of the women who was abducted sobbed as she spoke to me about her months in captivity.

The woman, who did not want to be named, vowed never to travel between Abuja and Kaduna again – by rail or road – as she was so traumatized by her experience.

Many thousands of people frequently commute between the two cities as government workers often cannot afford to rent in Abuja.

They chose to leave their families in Kaduna or states further north and travel home at weekends to see them.

The train, which opened in 2016, had been considered a safer alternative to the highway – the most notorious road in the country for kidnapping ambushes.

Other survivors admitted they would feel apprehensive about boarding the train again, but Usman has welcomed the reopening of the 174km (108-mile) train link – due to happen on Monday, December 5, 2022.

His advice for the government is to ensure adequate security measures and 24-hour surveillance of the rail track.

Nigeria’s defence chief, General Lucky Irabor, has sought to reassure them, saying that CCTV had now been installed and even he and the president would be able to “see everything happening on the line from their offices”.