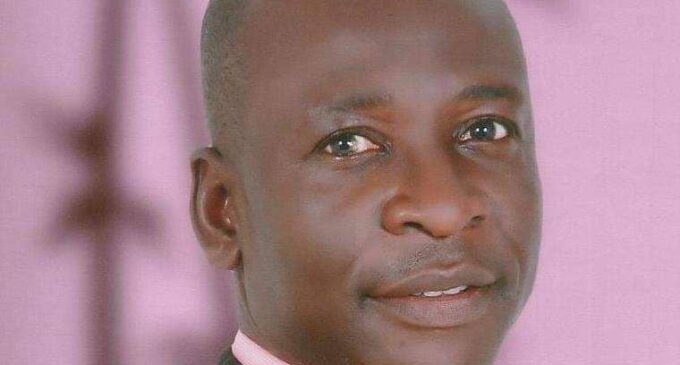 The Minister of State for labour, Festus Keyamo, has tackled Douye Diri, governor of Bayelsa State, over the arrest of Ebikpoemi Ugo, spokesman of All Progressives Congress in the state.

Ugo was said to have been arrested by operatives of the Bayelsa police command over alleged defamation.

The Bayelsa APC spokesperson was said to have made some Facebook posts critical of the Diri administration.

Subsequently, Ugo was charged to court on charges on alleged defamation of character and conduct likely to cause breach of peace.

The APC spokesperson is currently remanded in the Okaka correctional centre, Bayelsa.

Reacting to the development, Keyamo, spokesperson of APC presidential campaign council, asked Usman Baba, inspector-general of police, to direct the Bayelsa police command to withdraw the charges against Ugo.

The minister also accused the Bayelsa governor of ordering the arrest of Ugo.

“To say we are shocked by the conduct and complaint of Governor Diri is an understatement,” the statement reads.

“Here is an opposition governor who is at the forefront of the call for state police already misusing the police to oppress a hapless and harmless citizen just asking valid questions (even without mentioning the governor’s name).

“These are the same leaders of the opposition that are quick to cry blue murder at the slightest provocation if the act had been that of an APC governor or the Federal Government.

“These are the same opposition governors that are begging Nigerians to re-elect them because they have allegedly turned a new leaf. Alas! The leopard cannot change its spot.

“It is on record that despite the deluge of misinformation and abuses against President Muhammadu Buhari on a daily basis on social media, he has never for once used the police to clamp down on anyone as a result of a mere defamatory post on social media.

“Instead, he even conferred some of them with national honours recently. If the APC governors retaliate in their various States by clamping down on officials of opposition parties, it will be an invitation to total chaos across the country.

“It is unfortunate that there is always a tendency to see it as “oppression” only if it is an act of the ruling party.

“However, the press and the entire gamut of civil society cannot apply a different standard because this dastardly act is being perpetrated by an opposition governor.”

However, Daniel Alabrah, the Chief Press Secretary to the Bayelsa governor has said there is no evidence to suggest that Diri was involved in the arrest of the APC spokesperson.

Alabrah asked Keyamo not to “infuse” politics into the matter, adding that the minister knows the legal process to follow instead of issuing a press statement.

“If the police feel that the post (referring to Facebook) by that young man was likely to cause a breach of peace, it is for the police to say so and the police have charged him to court,” he said.

“All what Keyamo needs to is to approach the court and present a counter-claim and the court in its judgment will determine the fate of the young man.

“He did not make that posts as an APC member. Maybe he made it as a concerned citizen of the state. Why are they infusing politics into it?

“If Keyamo and APC in the state have proof or evidence that the governor wrote a complaint to the police let them show the evidence. This thing could have been written by any concerned citizen in the state who felt that the posts could be injurious to the health of the state.

“Because somebody was arrested in Bayelsa, then it is governor that ordered the arrest? Who is the person? We don’t even know him. He is inconsequential as far as we are concerned.”