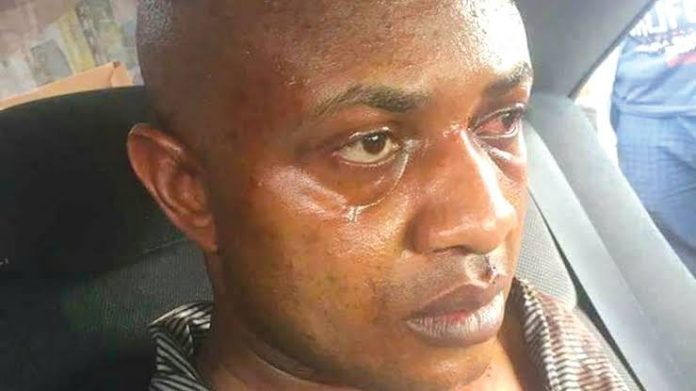 An Ikeja Special Offences Court has fixed September 19, 2022, for judgement in the suit filed by the Lagos State government against kidnap kingpin, Chukwudumeme Onwuamadike (alias Evans) and Victor Chukwunonso Aduba.

Presiding judge, Justice Oluwatoyin Taiwo fixed the date for judgement after listening to the submission and argument of the counsels in the matter.

Evans is standing trial alongside Aduba, an ex-soldier, for the kidnapping of a businessman, Sylvanus Ahamonu, and collecting $420,000 as ransom from his family.

They were arraigned on a four-count charge bordering on kidnapping and unlawful possession of firearms.

Aduba told the court that he was a Secondary School Leaving Certificate holder and lived in Ojo Military Cantonment.

He said he was arrested in respect of the alleged kidnap cases on June 24, 2017, and vehemently denied knowing Evans prior to his arrest.

During resumed proceedings on Friday, the defendants counsel, Chuks Muoma (SAN), and Emmanuel Ochai asked the court to order an inquiry into the death of three witnesses in police custody during the trial of the kidnap kingpin.

They told the court that the three witnesses who were standing trial with two others died in police custody with no autopsy conducted to reveal the circumstances surrounding their deaths.

They submitted: “the fact that they died in custody, whereas they were hale and hearty when they were arrested by the police, raises serious questions into the confessional statements obtained from the leader of the gang, Evans.”

The two defence counsels, further submitted that the prosecution has failed in several areas to prove the case against Evans and his colleagues beyond reasonable doubt and urged the court to discharge and acquit them.

Responding, the state prosecution counsel, Yusuf Sule countered the defence and prayed the court to convict the first and second defendants as charged, stating that a defendant need not be seen at the scene of the crime to be convicted.

Sule noted that though the confession of one person cannot be used against another person, he insisted that there are exemptions where the nexus correlate and interwoven, quoting a Supreme Court judgment to support his submission.

“The submissions of my learned brothers, no matter how brilliant, do not vitiate from the evidence before the court,” he stated, as he urged the court to sentence.