Gunmen that killed, Segun Ayebulu, an officer with the Nigeria Security and Civil Defence Corps in Ekiti State and whisked away three others have released their captives.

The rampaging kidnappers shot dead Ajibulu on Saturday and kidnapped his younger brother, alongside the deceased’s two kids, who were travelling in same vehicle that black weekend.

Report said the victims were released Wednesday evening after an undisclosed ransom was paid the bandits.

Public Relations Officer of the NSCDC in Ekiti State, Tolu Afolabi, identified the deceased officer as an Inspector of corps. 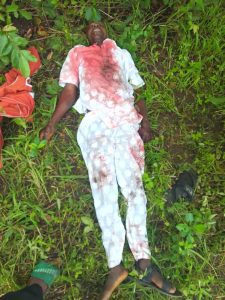