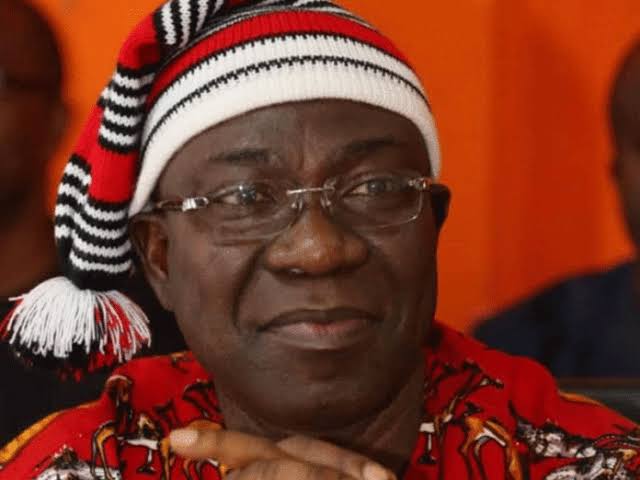 David Ukpo, the kidney donor, has urged a Federal High Court, Abuja to set aside its order made on July 1, directing some agencies of government and banks to release his biodata to former Deputy Senate President, Ike Ekweremadu, and his wife, Beatrice.

Ukpo, who is currently in the United Kingdom in connection with the child trafficking charge against the Ekweremadus, said granting the couple’s request violated his fundamental rights to privacy guaranteed by Section 37 of 1999 Constitution (as amended).

Ukpo, through his lawyer, Bamidele Igbinedion, filed the motion on notice on August 15 before Justice Inyang Ekwo.

On June 27,  Ekweremadu and wife had, in an application dated and filed on June 27 by Adegboyega Awomolo, SAN, sued the National Identity Management Commission and four others following the criminal charge filed against them in the UK.

Others mentioned in the suit are the Comptroller General, Nigeria Immigration Service; Stanbic-IBTC Bank; United Bank of Africa and Nigeria Inter-Bank Settlement System Plc as 2nd to 5th respondents respectively.

They had sought the order of the court directing all the respondents to release to them certified true copies of Ukpo’s biodata information in their care to enable them present the documents before the UK court and the judge granted the request on July 1.

Ekwo also made an order on July 6, directing NIMC to release Ukpo’s information to the Ekweremadus in line with their earlier court order.

Beside these prayers, Ukpo sought an order or perpetual injunction, restraining Ekweremadu and his wife and all the respondents from executing or further executing the ruling.

In a 17-ground given by Ukpo, he said the court lacked the jurisdiction ab initio to have entertained the suit or granted any or all of the reliefs sought therein.

He recalled that on June 27, Ekweremadu and his wife filed an originating motion before by the court, praying for the disclosure of his biodata Information, bank mandate card and account opening package, application form for international passport and the bank verification information to use in the criminal trial at the Uxbridge Magistrates Court, United Kingdom.

Ukpo said despite the fact that the said reliefs were sought against his fundamental and civil rights to privacy guaranteed by the law, and his interest adversely affected by the aforesaid reliefs, he was neither made a party to the said originating motion nor was he served with any of processes in this suit to enable him respond thereto.

He argued that the government agencies and the banks which were made nominal parties to the suit, did not oppose Ekweremadus’ application in any manner because their interests and civil rights were not engaged by the application and reliefs sought therein.

He said he became aware of the said ruling through social media reports on Facebook and he was deeply aggrieved with the said order(s).

According to him, the entire proceedings in the suit were conducted in breach of the fundamental rights of the applicant to fair hearing and privacy which are guaranteed by the law.

“The proceedings in this suit were not done in compliance with the Order 34 Rules 4 and 7(2)(a) of the Federal High Court (Civil Procedure) Rules 2019 and Section 36 (1) of the Constitution of the Federal Republic of Nigeria, 1999 (as amended),” he added.

When the matter was mentioned on Tuesday, counsel for the Ekweremadus, G. O. Maduka said he appeared in court in protest.

Justice Ekwo adjourned the matter until September 13 for hearing.

The Ekweremadus were, on June 23, remanded in the UK police custody, after they were arraigned before the Uxbridge Magistrate Court for alleged conspiracy to facilitate the travel of David Ukpo, alleged to be a minor, for organ harvesting.

They, however, denied the allegations and the court adjourned till July 7 for hearing.

Ekweremadu also appeared before the Uxbridge Magistrate Court on August 4 where he was denied bail, though his wife, Beatrice, had been granted bail.

He will remain behind bars in the UK till October 31.