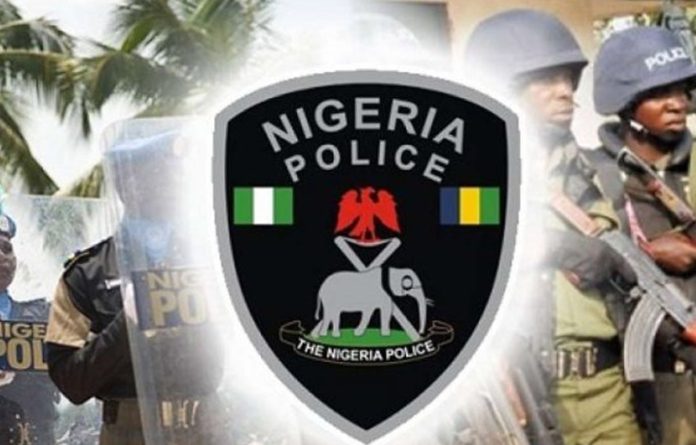 Mrs. Favour Orukpe, the widow and the family members of Inspector Monday Orukpe, allegedly killed by some soldiers in Lagos last week have demanded justice from the Chief of Army Staff and the Inspector General of Police.

They made the demand in an interview with the News Agency of Nigeria at their residence located in Ijagba area of Obasanjo Farm, Ota in Ogun State.

Mrs. Orukpe said that her husband died on duty serving the nation, stressing that the COAS and the IGP should not allow his service to the nation be a waste.

“My message to the Chief of Army Staff and the Inspector General of Police is, I want justice. I want them to take care of my four children, because I can’t do it alone.

“I am sending this message to the COAS and IGP because my husband died on duty assigned him wearing his uniform. My husband was enlisted into the Nigeria Police May 1, 2002 and he rose to the rank of a Senior Inspector before he met his untimely death,” she said.

The widow said that she was sad that eight days after the killing of her husband while on duty, no one from the police force or the army has visited her and the children.

“No message from either the Police or the Army, not to talk of a phone call to me. I feel abandoned by both the Police and the Army, because if they had informed me about my husband’s case on time, I might have saved his life.

“My husband was still alive when I was calling, and his phone was ringing then. But those around where he was then were playing me around, until someone switched off his phone.

“I have been able to retrieve the phone.

“All I want is justice. My husband should not die in vain. Those involved must be brought to book,” she said.

On how she felt when she heard of her husband’s death, Mrs. Orukpe said that she fainted.

She said that her husband’s friends in the police force visited her to give her details of what transpired after her attempt to speak with him for more than 12 hours had failed.

She said that she was sad with the way the Ojo Police Division tried to hide the unfortunate news from her, stressing that she got to know about her husband’s death from his friend in the evening of Thursday when the incident had happened on Wednesday, August 3.

“It was the day after his death that one of his friends called to inform me that my husband was dead. I called the DPO of his station; she told me she had sent him on a special duty across the water.

“I told her, madam, my husband cannot go on special duty without informing me. My husband always tells me whenever he was going for duty once he gets to his station.

“My husband called me on Wednesday that he was at work around his station. If he were on any special duty, he would have called to inform me, as well as called me back after he would have returned from such a duty,” she said.

Mrs. Orukpe said that the only officer that spoke with her after the incident was the Admin Officer of Ojo Police Division, who requested her to come with her children to the station without any information about his death.

She said that she went to the station with some family members and her children, stressing that for about 30 minutes after arriving at the station, nobody had any talk with her until the older brother of her husband started shouting before the DPO came out to address them.

The 40-year-old widow said that the DPO claimed she did not know how to break the sad news to her all the while, stressing that they were later taken to the mortuary to identify the remains of her husband.

“I did not see the corpse of my husband because if I had seen it that could have led to my untimely death and my children would have been orphans by now,” she said in tears.

Mrs. Orukpe said her husband was her best friend and life partner who always left home at about 4.30 a.m. daily to his station due to the long distance from their home and was always informing her of all his activities.

She said they got married on September 6, 2008 and were blessed with four children: Divine (13); Emmanuel (11); Praise (7) and Covenant (3 months.)
“My husband was a lovely man and was my life, I can’t live without him. He was an open man and kept nothing hidden for me.

“One particular thing I will always remember about him is his love and care for me, and our children. He was always interested in my welfare and that of the children, asking us the question, “Have you eaten?” she said.

The senior brother to Inspector Orukpe, Alama Orukpe, who corroborated the widow, said that the family was demanding justice from the Army and the Police authorities for his deceased brother who was allegedly killed by some soldiers.

He said that they found it difficult to identify his brother’s remains when they visited the mortuary due to the impact of the beating he received from the soldiers.

He said that his head had become bloated due to the beating he received that no one could recognize him.

“My message to the Army is that they can’t bring my brother back to life, he was 45 years’ old, he was the one taking care of me, we need justice. Those who took his life should be brought to book.

“The government has to take care of the children, because I am over 70 years old, I am not working. Monday is the one taking care of me,” he said.

In another development, the Lagos State Police Command has challenged the 81 Division of the Nigerian Army to show evidence that any soldier was shot during the clash between the two security operatives last week.

Police Public Relations Officer in the State, Benjamin Hundeyin, issued a statement on Wednesday in which he accused the army of attempting to twist the turn of events.

He said as much as the Lagos State Police Command was in a grieving mood and had decided to toe the line of civility, it would not accept misinformation.

“The attention of the Lagos State Police Command has been drawn to a report credited to Major General Umar Musa, outgoing GOC 81 Division, claiming that a police officer shot at the soldier during the altercation which clipped him in the ear but narrowly missed his vital parts.

“The fact remains that on Wednesday, August 3, 2022, at the Trade Fair area of Lagos State, about thirty Privates of the Nigerian Army attacked five policemen for stopping vehicles along their lane to pave way for a heavy duty truck joining the expressway. After the soldiers had brutalized the ASP leading the team, taken out his magazine, and abducted two Inspectors with their rifles, the next Inspector they attempted to attack fired a single shot into the air – an act that made the soldiers retreat.

“The single shot was into the air. At no point was anyone hit. The Lagos State Police Command challenges the Army authorities to present the soldier allegedly shot. While we mourn our fallen hero, and pray for the total recovery of the second abducted Inspector, we urge Nigerians to disregard the claim that a soldier was shot as there is absolutely no truth to it.”

Hundeyin added that the Lagos Police Command was awaiting the report of the panel of inquiry set up by the Nigerian Army to investigate the immediate and remote cause of the incident.

The PPRO also asked the army to fish out of the soldiers behind the torture and murder of the deceased officer, and “return of two AK47 rifles and three magazines carted away by the soldiers.”

On August 3, some soldiers from Ojo Military Cantonment, who were held up in a traffic jam, allegedly pounced on the police officers controlling traffic and beat them severely and took two of them to their barracks; while the third officer managed to escape.

NAN further learnt that when the soldiers noticed that one of the abducted officers had become unconscious, they decided to take him to their hospital at the cantonment where he eventually died.

The 81 Division of the Nigerian Army had earlier described as unfortunate the incident that occurred between some soldiers and some policemen resulting in the loss of life of a police officer.
This is contained in a statement issued by the Division’s Acting Deputy Director in charge of Public Relations, Maj. Olaniyi Osoba.

Meanwhile, a delegation from the Nigerian Army had paid a condolence visit to the Commissioner of Police in Lagos state, Abiodun Alabi, over the alleged killing of the policeman by some soldiers.