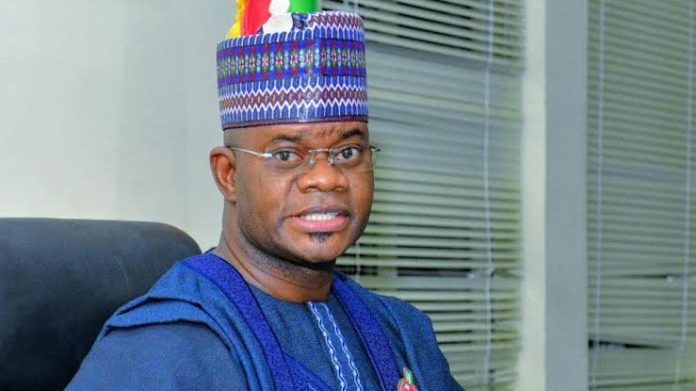 The Kogi State Government and China, on Thursday, set the stage for the expansion of business relations, especially as the state aims at N591 billion annual Internally Generated Revenue in the nearest future.

The foundation for the renewed collaboration was laid during a dialogue meeting on industry and trade between Kogi State and Chinese entrepreneurs, co-hosted by Governor Yahaya Bello and the Chinese Ambassador to Nigeria, Cui Jianchun, at the Chinese Embassy in Abuja. Addressing the entrepreneurs, Governor Bello said the Government of Kogi State was ready to engage the Chinese business community in order to expand business and investment opportunities with China.

According to him, for both countries to make progress, there is a need for willingness, commitment, readiness and sincerity of both parties to collaborate on harnessing all the resources, natural, human and otherwise, for the benefit of both countries and humanity in general.

Bello, who also said there was the political will to attain the desired collaboration, pointed out that he shared a lot of ideology with the people of China, politically and personally.

The Governor said he was aware that tribes and religions exist in China, yet, the Chinese people were able to put all the differences behind them to have one common goal of coming together to harness all that are available within China.

He added that the Chinese people were able to achieve their goal successfully, politically, economically, and in terms of technology, noting that today, China had become one of the first two leading nations of the world.

The Governor stated, “I have that political will of putting all of our people together. That is why ever since I assumed office on 26th of January, 2016, I have been working tirelessly to ensure that I unite my people, to ensure that there is security of lives and livelihood of my people and everybody that wants to stay and live and earn in Kogi State, including Chinese and the various investments so far in the state.

“I have that political will to continue to engage China and the Chinese, to ensure that all the benefits that are available for us, we take the full benefits of them for our people.

“The people are our cardinal objective to serve. And I have given a blanket and an open approval to my people to engage the Chinese side on all fronts for the benefit of all of us,” Bello said.

Earlier, Cui recalled his recent visit to Kogi State, saying that Kogi State and China had so much in common.

He expressed delight that both the Chinese and Nigerian sides recognised development in deepening relations.

Cui expressed confidence that with the cooperation between the leadership of Bello in Kogi State and the Government of China in the coming years, a lot would be achieved, particularly in the area of power plants and nuclear energy.

On how the state intends to hit the target of about N591.6 billion IGR, Special Adviser to Kogi State Governor on Economy, Finance and Investment, Abdulkareem Siyaka, told reporters: “We are actually getting less than 10 percent of what we should get from the resources that we have. N591.6 is the size of our IGR per annum if we are able to put all the building blocks together. So, the building blocks are what you have just seen. The Chinese today have invited us and they are willing to invest in various sectors of our economy.

“If we expose our economy to more genuine development partners, within a year, I can assure you, we will be able to hit that target of about N591.6 billion, thereby reducing unemployment in the state.”