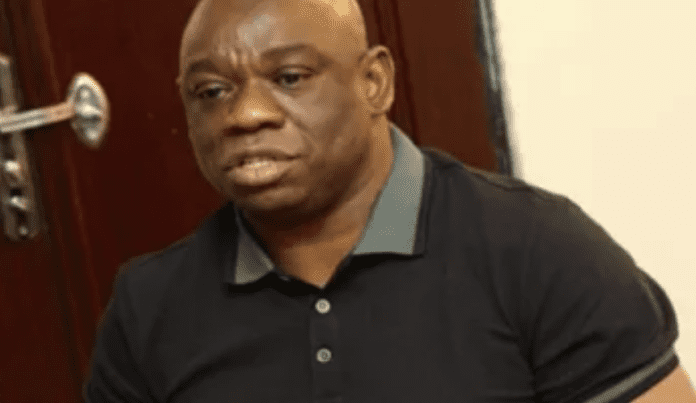 The presidential candidate of the Peoples Redemption Party, Alhaji Lateef Kola Abiola (LKO), the scion of the famous Bashorun MKO Abiola dynasty, is a household name in Nigeria or any part of the world.

It is, however, not news that LKO is among the front liners of those who visibly wish to turn around the pungently battered fortunes of this nation in all spheres: education, security, health, provision of social amenities.

He also wants to attract industries and creation of conducive environment for job creation for the teeming youths in the society.

What could have been stranger than fiction is if the scion of MKO Abiola has not shown interest in coming to the aid of the masses through democratic means by way of his presidential candidature in the February 2023 general elections.

Though born with a silver spoon in his mouth, LKO is neither complacent nor comfortable with the plight of the poor majority in this country. It is the veritable reason he has decided to invest his time, money, expertise and other God-given resources to ensure, through the ballot, that this country is made better than how it has been currently plundered by the administration of the All Progressives Congress, which has failed the people in all ramifications.

It is not for the fun of it that Kola Abiola opted to accomplish his ambition under the umbrella of the PRP in order to make a profound statement that he is a pan-Nigerian political leader, whose star would shine and perpetually radiate no matter where he is operating from. Since LKO emerged the candidate of PRP, his political endeavours have become a movement as his supporters mill around him.

One unique attribute of the candidate is that he doesn’t believe in riding on the fame of his late father, in order to gain political mileage from any quarters. His actions and inactions have been portraying him as an independent-minded colossus who has carved a niche for himself in all the spheres of life.

It is observed that as much as LKO has been striving not to let his famous and wealthy family background to have influence in his political activities, this has however, turned out to be impossible as a golden fish has no hiding place; a giant cannot beget a dwarf just the way it is equally axiomatic that the offspring of an elephant would resemble its father in all ramifications, no matter the situation or condition. Apart from a resounding physical appearance with his biological father, the acclaimed winner of the 1993 presidential election, which was annulled by the maximum ruler, Military President Ibrahim Babangida, everything about him proves to be that he is an indisputable replica of his late billionaire father.

“It is observed that as much as LKO has been striving not to let his famous and wealthy family background to have influence in his political activities, this has however, turned out to be impossible as a golden fish has no hiding place; a giant cannot beget a dwarf just the way it is equally”

The genuineness of LKO to serve his fatherland conscientiously is not in doubt as he is fully endowed with sterling leadership qualities and inherited humanitarian desire to make a difference in the society where hunger, wants and needs walk tall on the streets of the nation. The PRP’s candidate can also be described as a credible bridge between the youth and the old in the Nigerian society which is the potent reason why he would blend easily in meeting the yearnings and aspirations of the people irrespective of their ages as the next Commander-in-Chief of the Federal Republic of Nigeria.

Unfolding events over the years have, however, shown that LKO is a man of the people who is always at home with both the aristocratic and members of the society despite his noble and wealthy background. It is his penchant to diligently serve the people of this country that has been his attraction to be the next President of this nation. LKO is sufficiently lettered and well-exposed through extensive travelling across the world especially the Western World where there is resemblance and demonstrated democratic governance strictly governed by the rules of law.

Lateef Kola Abiola, was born on July 1, 1962 in Abeokuta, Ogun State, into the family of the late Bashorun MKO Abiola and Alhaja Simbiat Abiola. LKO had his elementary and secondary school education in Ogun State, where he attended Baptist High School and later did a term at Maryland Comprehensive Secondary School before he moved to Aiyetoro where he completed his secondary education.

After his secondary school education, LKO went to Berkeley and then Colorado State University, where he obtained a Bachelor degree in Finance and an MBA in Business Administration. Kola Abiola returned from England and started the University Staff School, Akoka, Lagos. During that time, his mother was a lecturer at Yaba College of Technology, Yaba, Lagos, while the father was an accountant.

After the compulsory one-year National Youth Service Corps which he did in Zaria, Kola Abiola restructured and reorganised some of his father’s companies. It is on record that Bashorun MKO Abiola’s company was one of the first indigenous companies to drill and find oil, after it was launched. It created a lot of excitement, not just for their family, but for the whole country because it was fully indigenous. The late Bashorun MKO Abiola was awarded the GCFR posthumously on June 6, 2018 by President Muhammadu Buhari and Nigeria’s Democracy Day was changed to June 12.

LKO declared his intention to contest the 2023 presidential race under the platform of the PRP on April 14, 2022. The PRP is a social democratic political party in Nigeria. It is the Second Republic reincarnation of the Northern Elements Progressive Union and the Fourth Republic reincarnation of a similar namesake which was floated by the supporters of the late Mallam Aminu Kano after his withdrawal from the defunct National Party of Nigeria.

It is not a gainsaying that Alhaji Kola Abiola and his running mate, Haro Zego, who are fully in the 2023 presidential race are conscientiously prepared to provide the needed leadership at this critical time in the history of the nation.

There is a golden plea for Nigerians who are yet to make up their minds on who to cast their votes for, to gear up without further delay in order not to be left behind by the political moving train of Kola Abiola, as developing events are point to the fact that the PRP will repeat the late MKO Abiola’s presidential feat during the 2023 general elections.

Philemon writes from Lagos
CAVEAT: Views and opinions expressed here are those of the writers and are not in any way those of The Point Newspaper – Editor