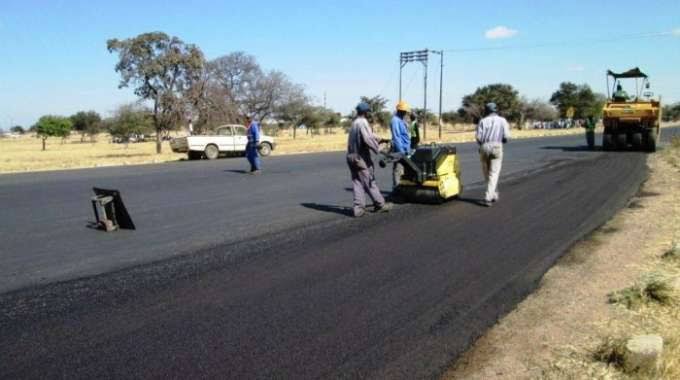 Kyari inspected the project along with the Executive Chairman of the Federal Inland Revenue Service, Muhammad Nami.

He commended President Muhammadu Buhari for signing the Executive Order 007 that ensures NNPC and other institutions that are commercial in nature utilise their tax obligations to create infrastructure in the country.

Kyari thanked the chairman of the FIRS for allowing NNPC to participate in the project by enabling it to invest N621 billion in the first phase of road intervention of 21 federal roads totally 1,800 kilometres across the country.

“The federal roads when completed will bring about improvement in infrastructure in the country,” he said.

He disclosed that about one trillion naira would also be invested by the NNPC in the second phase of the road intervention.

Kyari added that the projects were meant to bring change in the country and bring infrastructure close to the people.

He said the road intervention would enable utilisation of tax revenue appropriately to benefit the people and expressed satisfaction with the construction work.

Kyari added that efficient monitoring and supervisory system were put in place for quality execution of the projects.

Also speaking, Nami noted that the Bida-Lapai-Lambata road was last constructed in 1976.

He, however, appreciated NNPC and all tax payers for taking interest to fix bad roads for easy movement of goods and services especially petroleum products in the country.

He lauded NNPC for indicating interest to execute the projects as well as MTN and other tax payers fixing other roads across the country.

Nami urged other tax payers to key into the Executive Order 007 to bring about easy movement of goods and products across the country.

Minister of Works, Babatunde Fashola, who was represented by Esan Folorusho, Director, Construction and Rehabilitation in the Ministry, commended NNPC and FIRS for bringing resources to ensure completion of the project which is critical to the nation’s petroleum industry and road users.

In his remarks, Yahaya Abubakar, Chairman of Niger State Traditional Council and Etsu Nupe, appreciated the Federal Government, NNPC and FIRS for the road intervention in the state.

Abubakar appealed to the Federal Government to intervene on Agaie-Katcha-Baro road which was economically important for water transportation as well as intervention on Baro-Gulu-Yaba road which links to Lokoja Abuja.

In separate remarks, the National President of Nigeria Association of Road Transport Of Owners, Yusuf Lawal and the Secretary General of the Nigerian Union of Petroleum Natural Gas Workers, Afolabi Olawale, said the project when completed would reduce the hardship their members face on the route.

They added that the project when completed would also reduce agitations of their members and improve security on the road.

The Federal Executive Council had in 2018 approved N33 billion for the rehabilitation of 124.9 kilometres Bida-Lapai-Lambata road in Niger State.

The roads under rehabilitation are being funded by the NNPC Ltd under the Federal Road Infrastructure Development and Refurbishment Investment Tax Credit Scheme.

About 62 kilometres out of the 124.9 kilometers Bida-Lapai-Lambata road had been completed. (NAN)