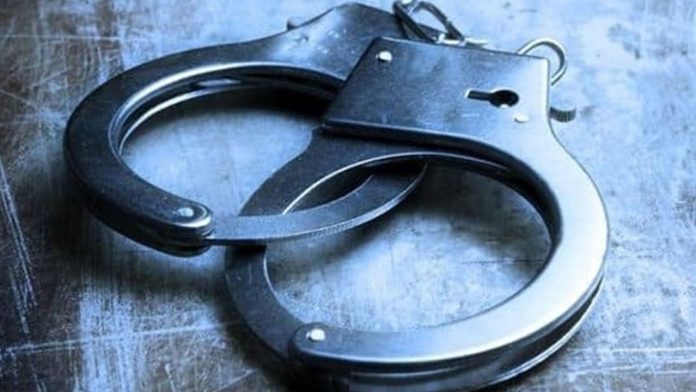 A 23-year-old-lady, Ruth Nwoga, is currently depressed that her boyfriend, Rawlings Amadi, has disappeared with the N1, 526,800 loans that she obtained for him from her office.

The police in Osun State reportedly arrested Nwoga following a complaint by her office, Gentpancy Ventures, Osogbo, that she illegally procured a loan for her boyfriend from its treasury.

The matter got to a head as Amadi took to his heels when he learnt that his lover had been arrested in connection with the alleged sharp practice.

It was gathered that Nwoga brought some persons to obtain the said loan in proxy for her boyfriend. She allegedly falsified the company’s documents to carry out the alleged crime.

According to the lady, her boyfriend said that he needed the loan to execute a business with a promise that he would pay the money back immediately after closing the deal to enable her to remit the money to the company’s account.

Nwoga said that “We have been dating for over a year and he told me that he is a lawyer. I used to visit him at times and I do see his gown and wig in his house. So, when he asked me to get the money for him, I never knew that he would default in paying back.

“I am now in trouble because I wanted to help him. He has refused to show up since I was arrested.”

After police investigation, Ruth was prosecuted at a Chief Magistrate’s Court in Osogbo on three-count-charge bothering on theft, fraud and falsification of documents.

The charge against her read that “Nwoga Ruth, and one person at large, between 13th and 30th of May, 2022 at Gentpancy Ventures, Old Garage area, Osogbo, in the Osogbo Magisterial District, did conspire to commit fraud, an offence contrary to and punishable under Section 422 of the Criminal Code, Cap 34, Volume II Laws of Osun State, 2002.

“You, Nwoga Ruth, and one other at large on the same date, time and place, did steal the sum of N1, 526,800 (One million five hundred and twenty-six thousand eight hundred naira only), property of Gentpancy Ventures, Old Garage area, Osogbo, and thereby committed an offence contrary to Section 383 and punishable under Section 390(9) of the Criminal Code, Cap 34, Volume II Laws of Osun State, 2002.

“You, at the same time, place and date, did falsify the documents of Gentpancy Ventures for the purpose of defrauding the company and thereby committed an offence contrary to Section 485 and punishable under Section 467 of the Criminal Code, Cap 34, Volume II Laws of Osun State of Nigeria, 2002.”

The defendant entered into a not guilty plea. The defence counsel urged the court to grant her bail in liberal terms on the ground that she was presumed innocent until proven contrary.

Police prosecutor, Inspector Kayode Adeoye, however objected to the bail application on the ground that she would run away if granted bail.

Chief Magistrate Olusola Aluko discountenanced the prosecution’s objection and granted the defendant bail in the sum of N500, 000. The magistrate added that a civil servant should also stand as surety to her.

The matter was adjourned till December 5, 2022 for mention.