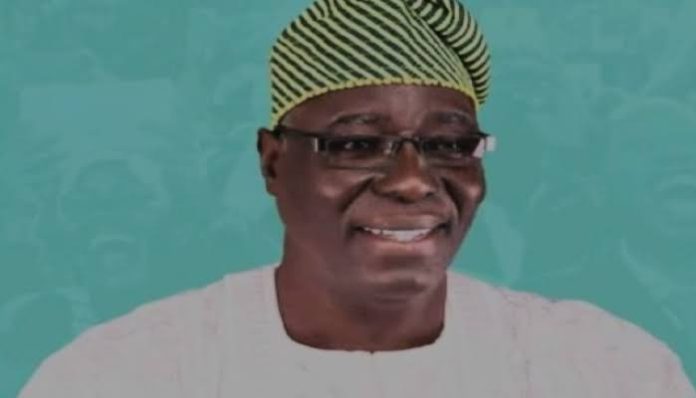 The Lagos State Chairman of the Peoples Democratic, Philip Olabode Aivoji, has commiserated with the party’s Presidential Candidate, Abubakar Atiku, on the death of his Private Secretary, Abdullahi Nyako.

Aivoji, in a condolence remark during a chat with newsmen at Ikeja on Friday, described Nyako’s death as very painful to the entire PDP family.

He particularly expressed his heartfelt condolences to the Nyako family in Adamawa State for the great loss.

The Lagos State PDP helmsman noted that Nigerians will miss Nyako, who served both the party and his boss, Atiku, with absolute loyalty and total commitment.

He noted: “the demise of such an enterprising, hardworking and ebullient party man, who exhibited selfless sacrifice, total dedication and rare integrity in both public and private life, is particularly touching. We are proud of his services to the party and the country at large”

Aivoji prayed that the Almighty comforts the entire PDP family, his boss, Atiku, his family members, friends and associates, as well as give them the strength to overcome this great and irreparable loss.

“There is no doubt that he would sorely be missed by his family and loved ones, but I urge us all to take solace in the fact that his good deeds and affections would linger on for ever. May his soul rest in peace,” Aivoji concluded.