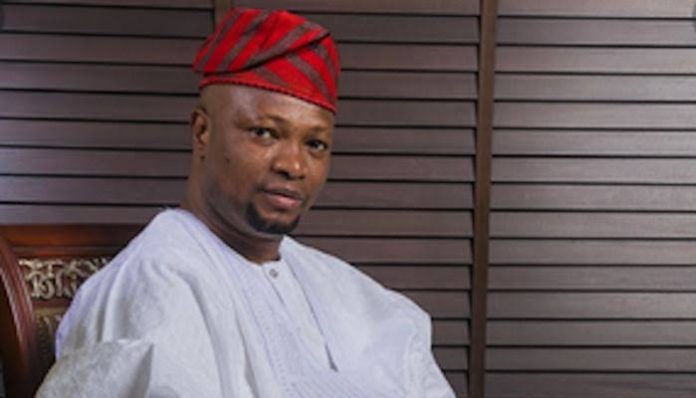 Stating that this was carried out through the Lagos State Signage and Advertisement Agency, Adediran also accused the state government of pulling down and defacing his campaign posters.

The governorship hopeful made the allegations on Wednesday when he appeared as a guest on a local TV programme monitored in Lagos.

Adediran said, “The moment that of Afromedia happened at Falomo here, I put a call through to the Commissioner of Police myself and I said to him ‘CP, this just happened, it was removed,’ we didn’t even know, we thought it was the hoodlums that removed them.

“After investigating we now realised that it is the state government, through LASAA, that went to remove them.

“And the company in question did say to us that ‘we have been asked not to take anything from you, we will refund your money’. Just like JCDecaux did refund our money.

“The next day, I went to the Commissioner of Police with all our team, and said if you don’t step in, we might be sitting on a keg of gun powder because we will never be allowed to put on the defensive. I know them, I was coming from there,” he stated.

The lead visioner of the Lagos4Lagos movement, however expressed his resolve not to allow his campaign be stopped, adding that he would find a way to put his campaign flyers in the public.

“After paying for all of this, we won’t allow that to happen. We will find a way to put our campaigns out there.

“They won’t box us in a corner. It is our constitutional right to tell people that we are here, and this is what we want to do differently,” he said.

Adediran stated that the ruling party was worried that his aspiration will put an end to its reign, and was therefore doing all it could to stop his campaign.

Adediran said that “on the 2nd of June, we got an offer from JCDecaux for a month; this is for us to run our campaign in Fadeyi. They have this electronic billboard in Fadeyi and Oworo if you are coming from the Third Mainland Bridge. So we paid for one month, we paid N5.8 million, this is an evidence,” as he displayed a ‘draft’ on the TV programme.

“JCDecaux had to stop our campaign. They had to call us and say ‘we are sorry; we cannot run that campaign anymore because the state government threatened to take our license away from us.’ And they refunded part of the money to us via this draft they sent to us.

“Afromedia gave us an invoice of N2.6 million to run this unipoll in Falomo. They removed the unipoll immediately. The Afromedia MD had to call to say ‘we have to refund your money, we have been told not to take anything from you or the PDP’,” he further alleged.

As at the time of filing this report, neither the state government, nor the APC was yet to respond to these allegations.