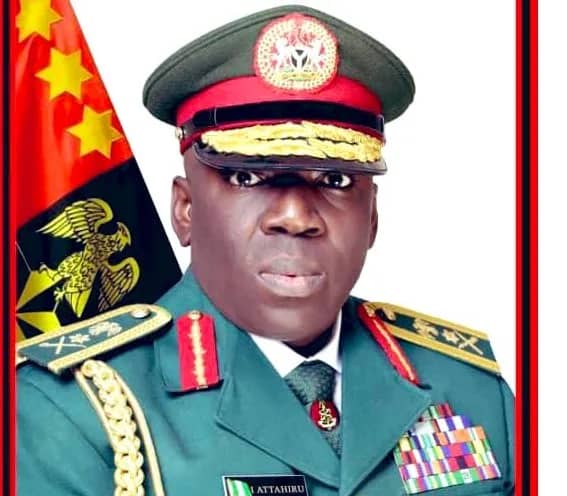 The former Chief of Army Staff, Lt General Ibrahim Attahiru, is among the list of 437 nominees for the National Honours Awards 2022.

He will get a posthumous Commander of the Federal Republic Awards.

The Awards will be presented by President Muhammadu Buhari on October 11, 2023 at the State House Abuja.

The list of all the Nominees includes politicians, public officers, security officers, businessmen, traditional rulers, and religious leaders among others.

Nearly four months after being named as Nigeria’s Chief of Army Staff, Lt. General Ibrahim Attahiru, died on May 21, 2021 in an air crash at the Kaduna International Airport.

The late COAS, who was heading for Kaduna on official duty perished with no fewer than seven top aides, who were travelling on the same 350 Beechcraft Aircraft. 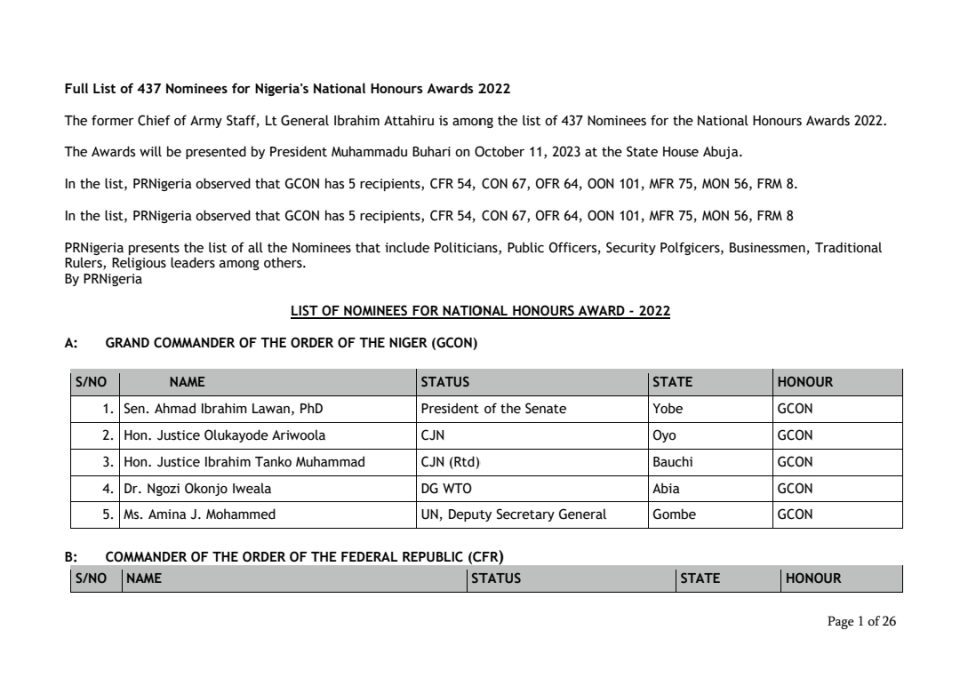 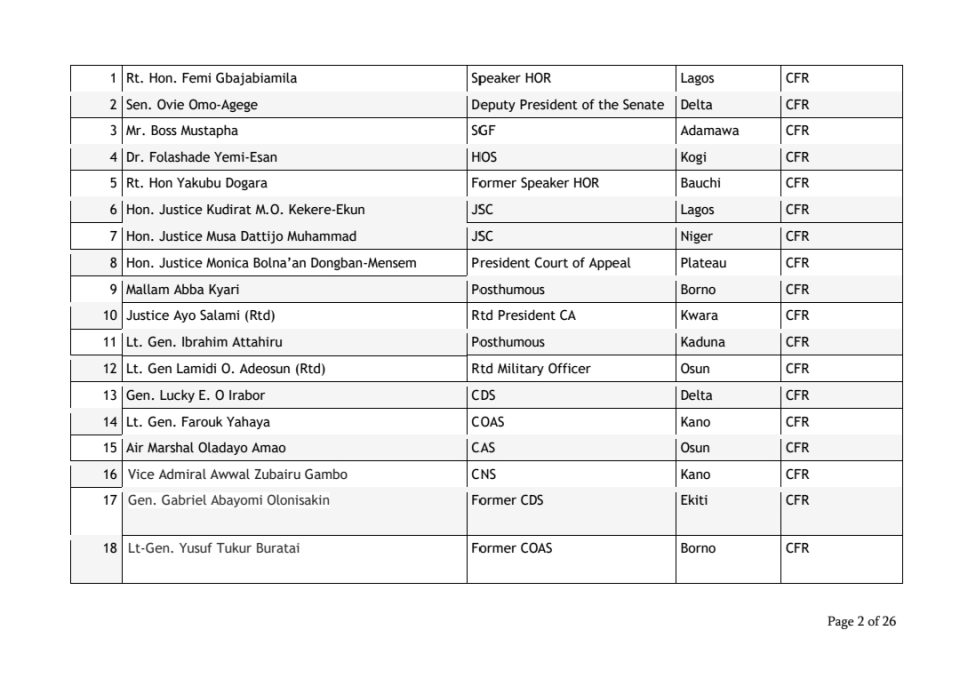 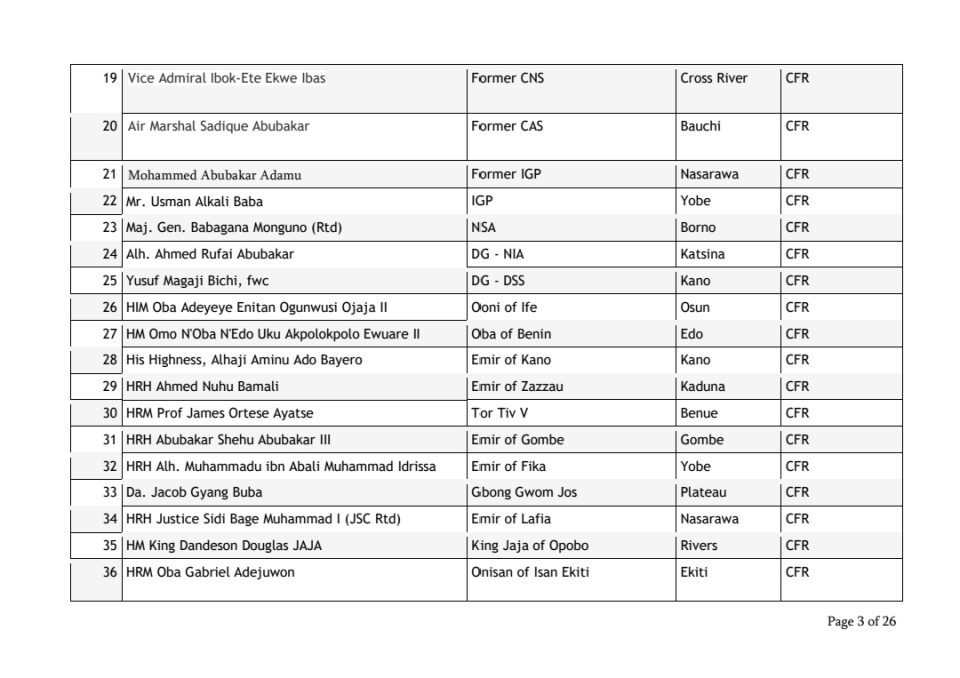 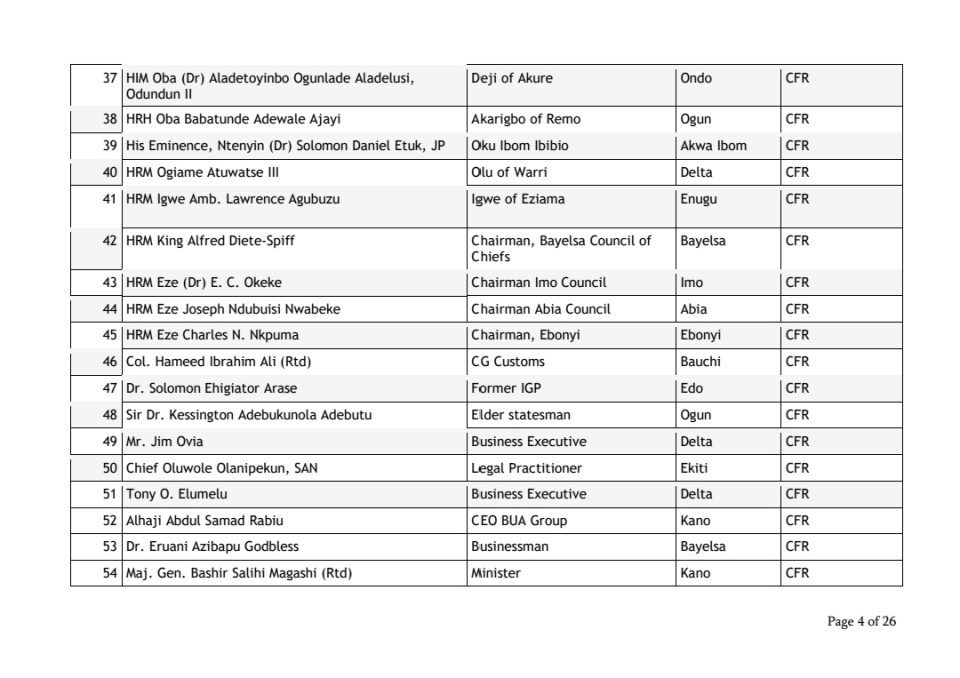 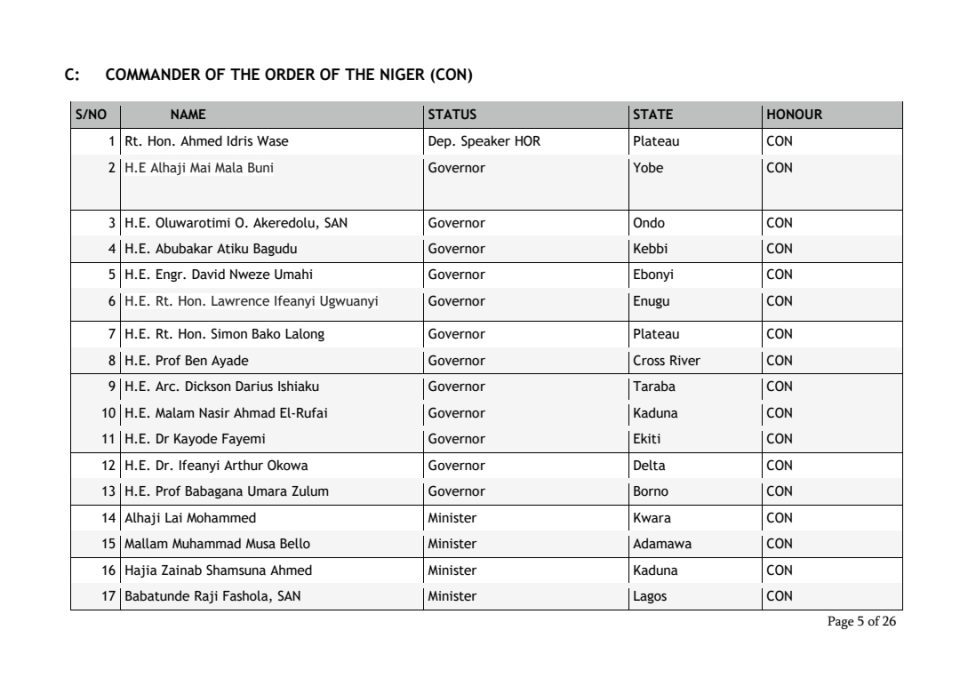 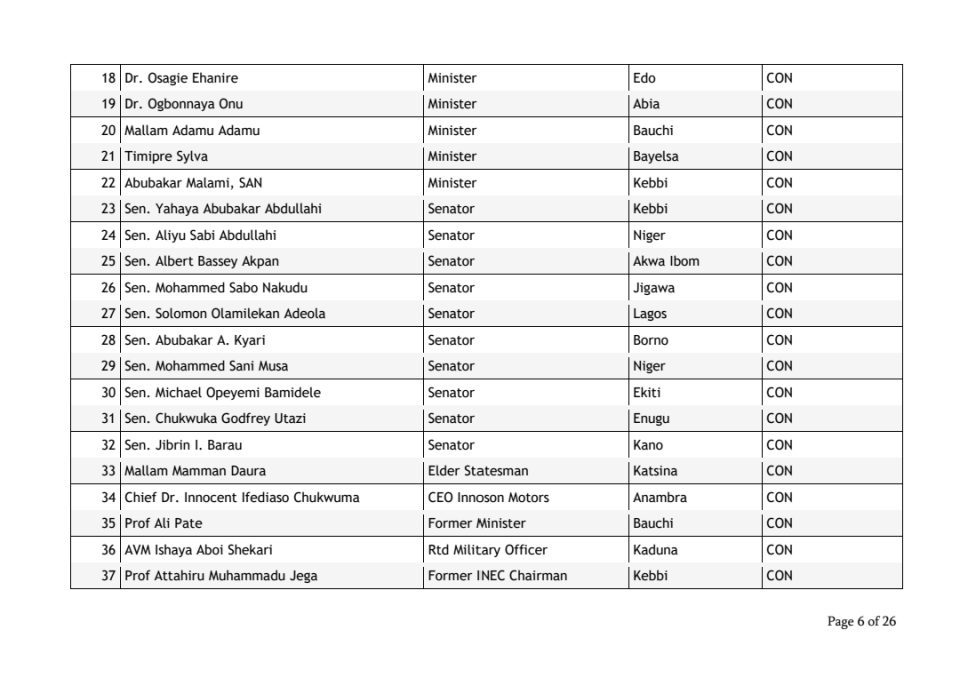 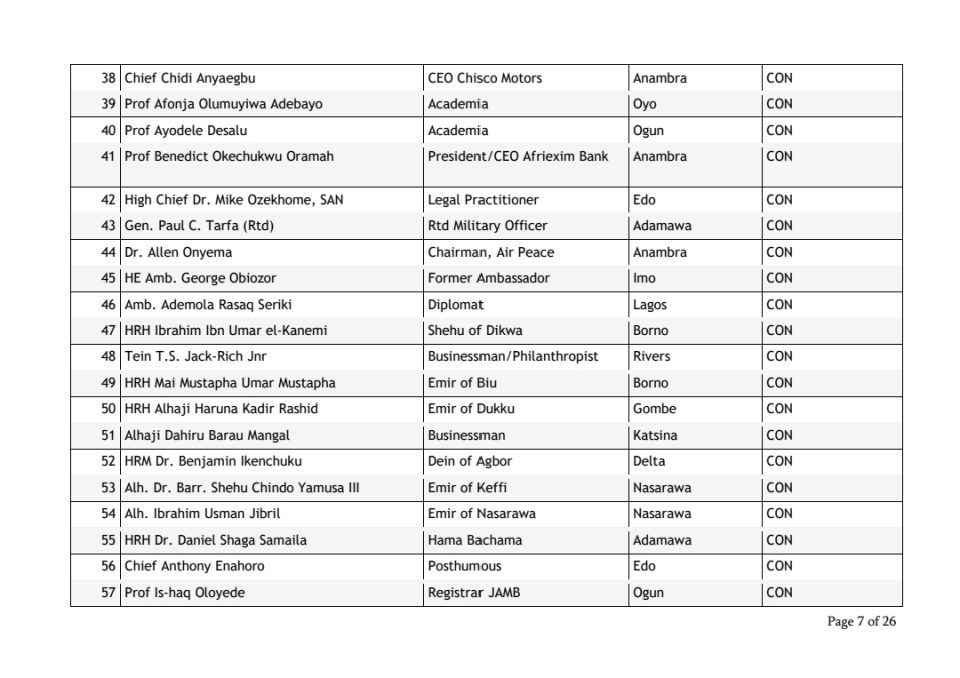 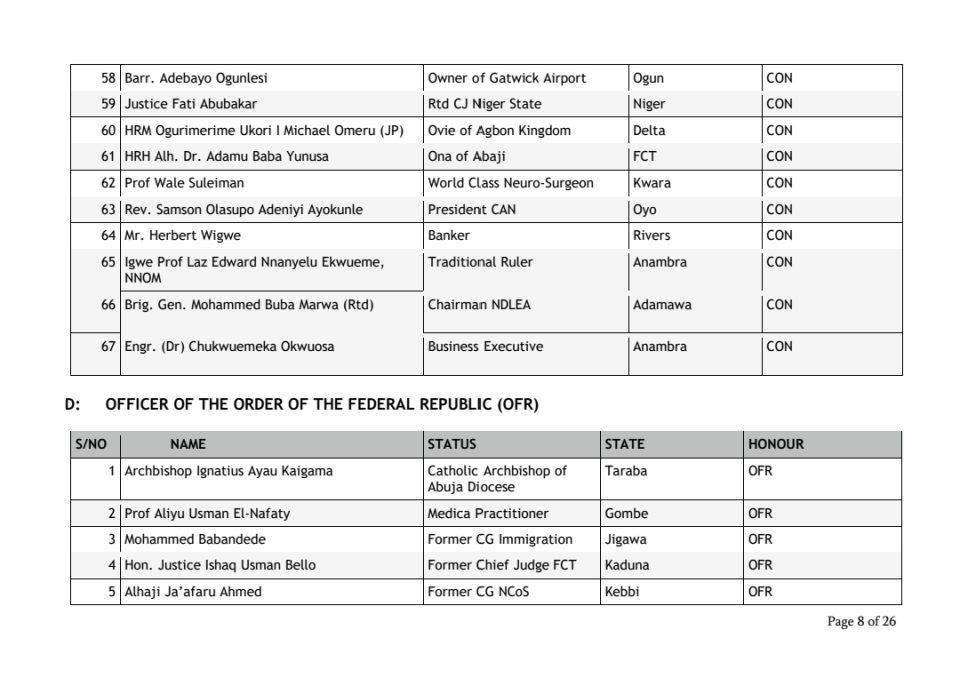 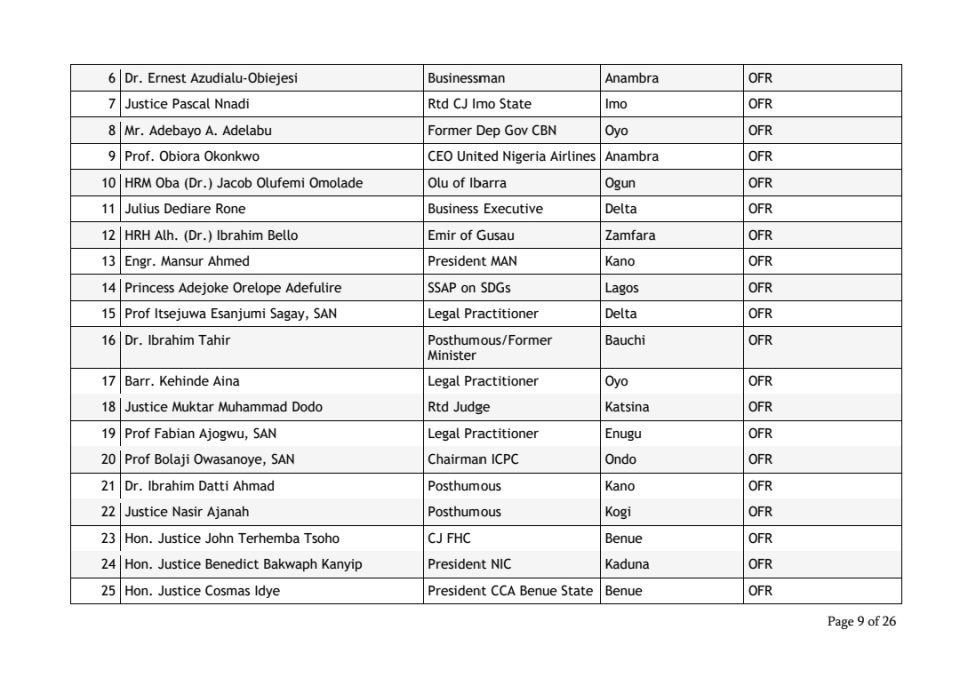 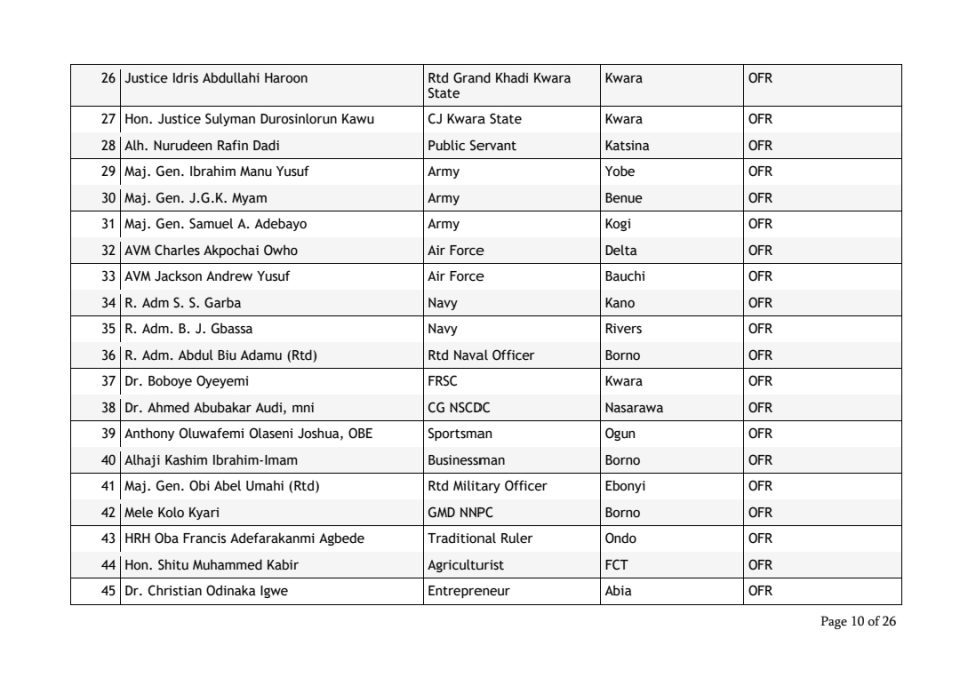 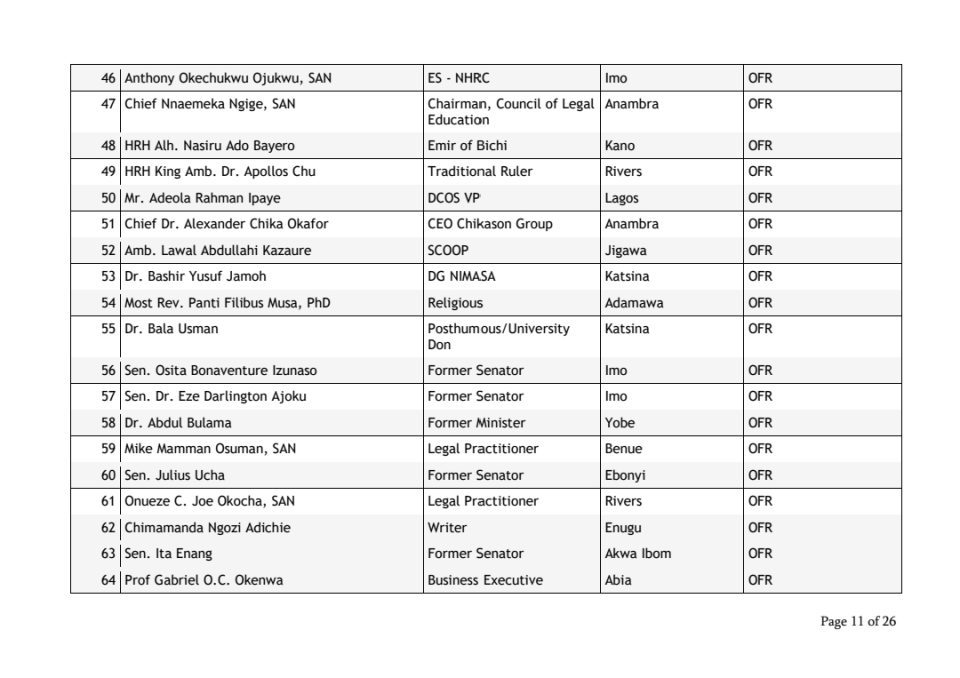 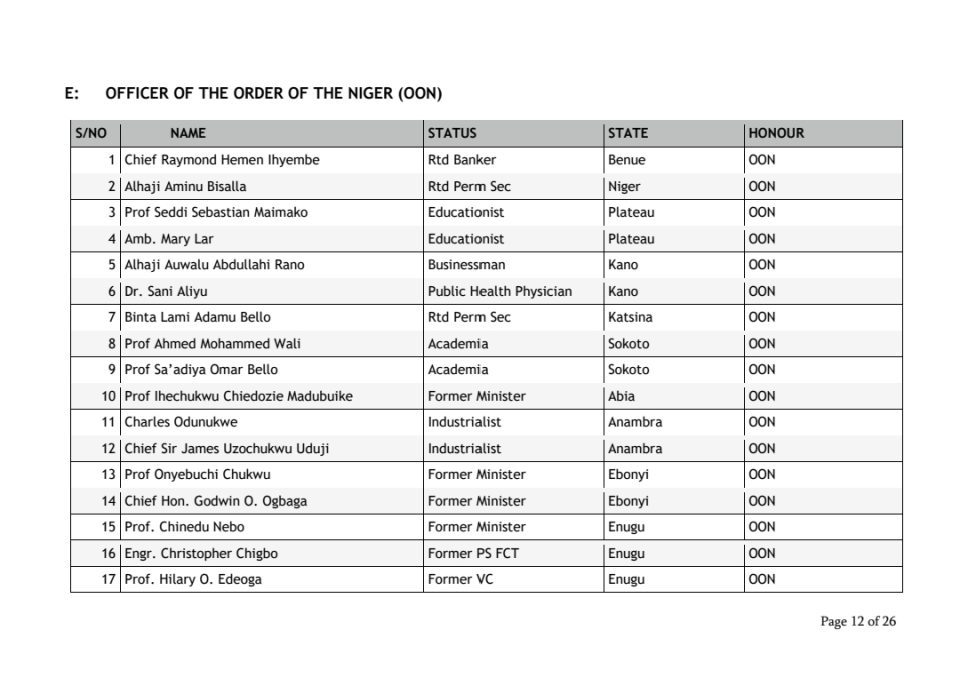 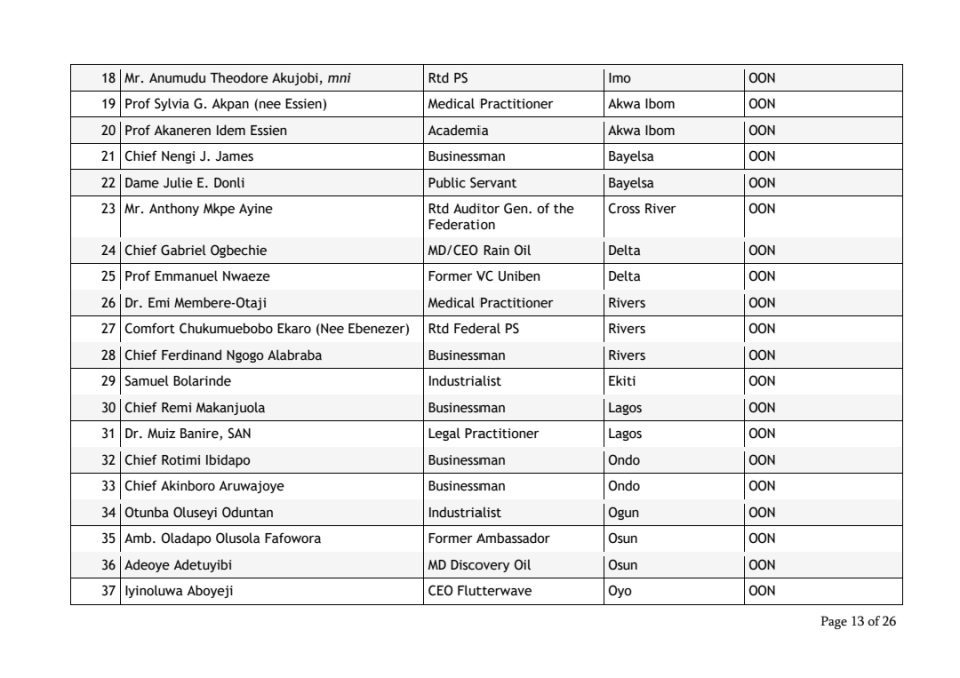 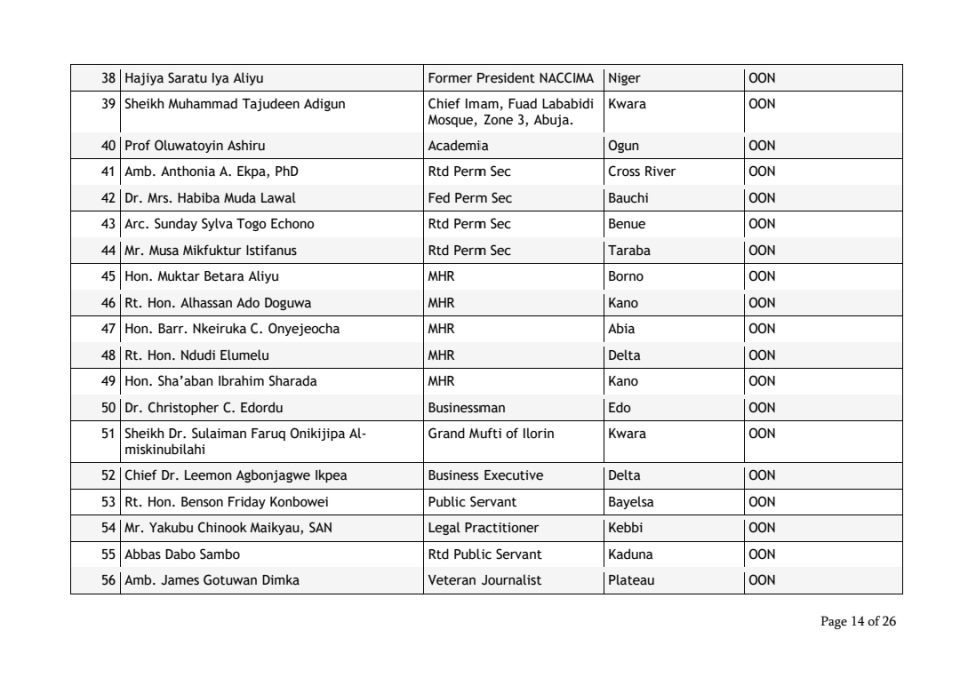 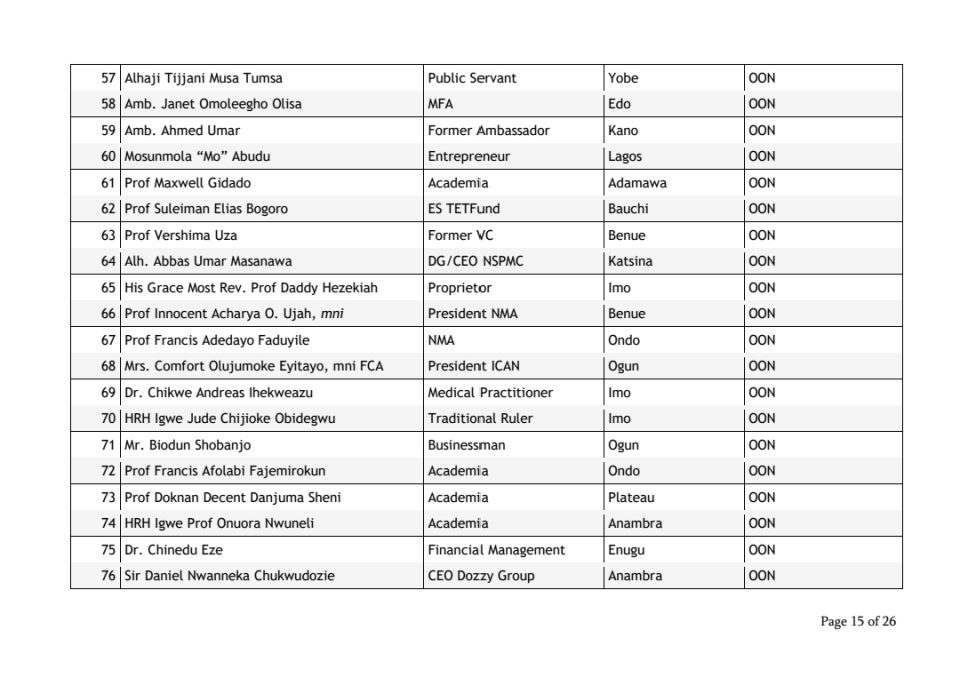 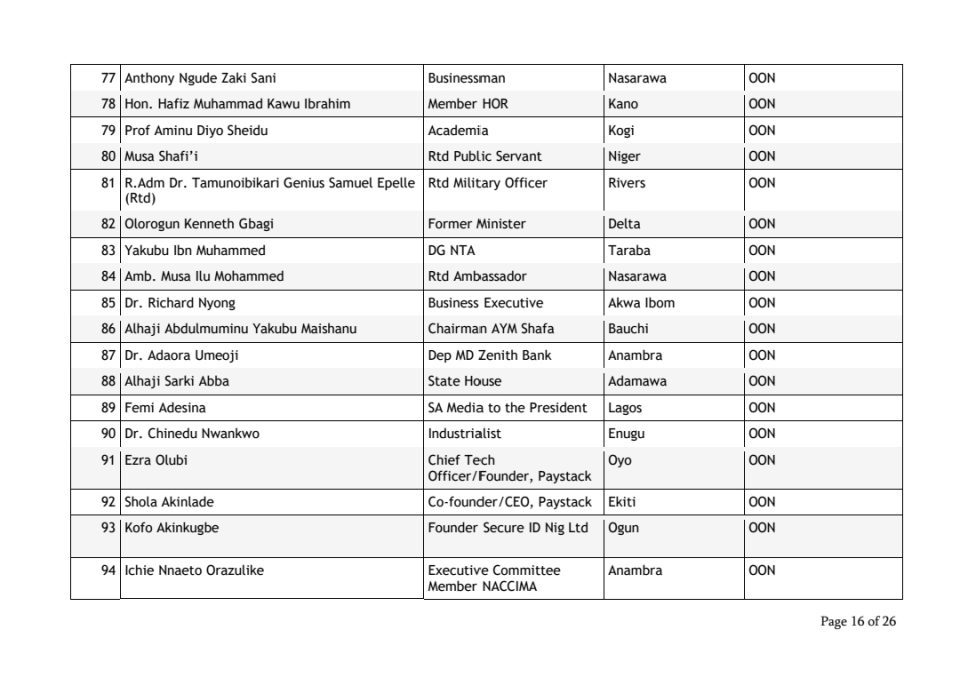 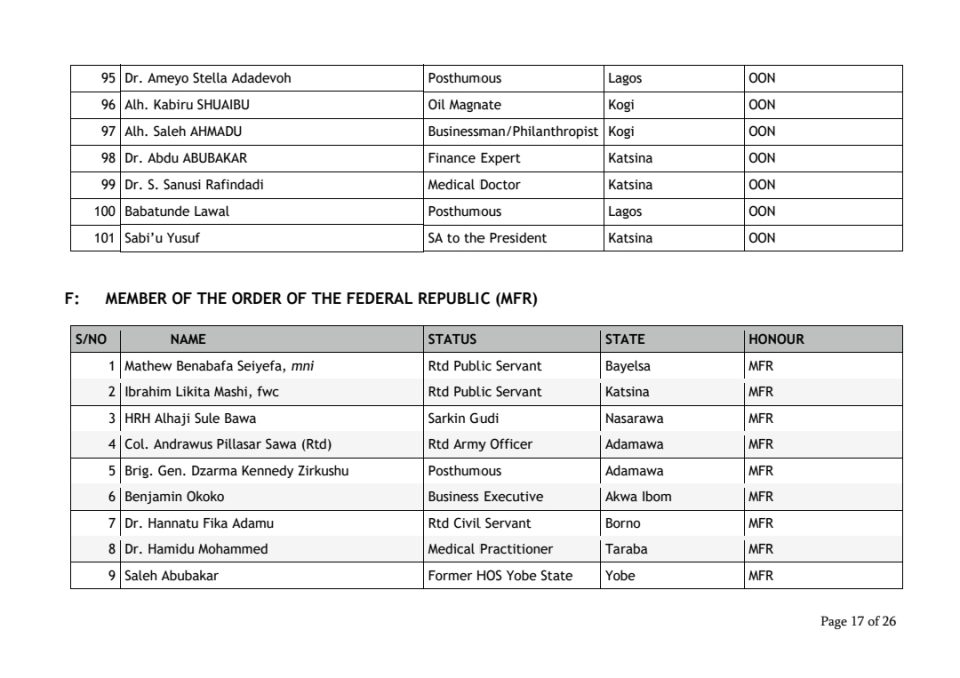 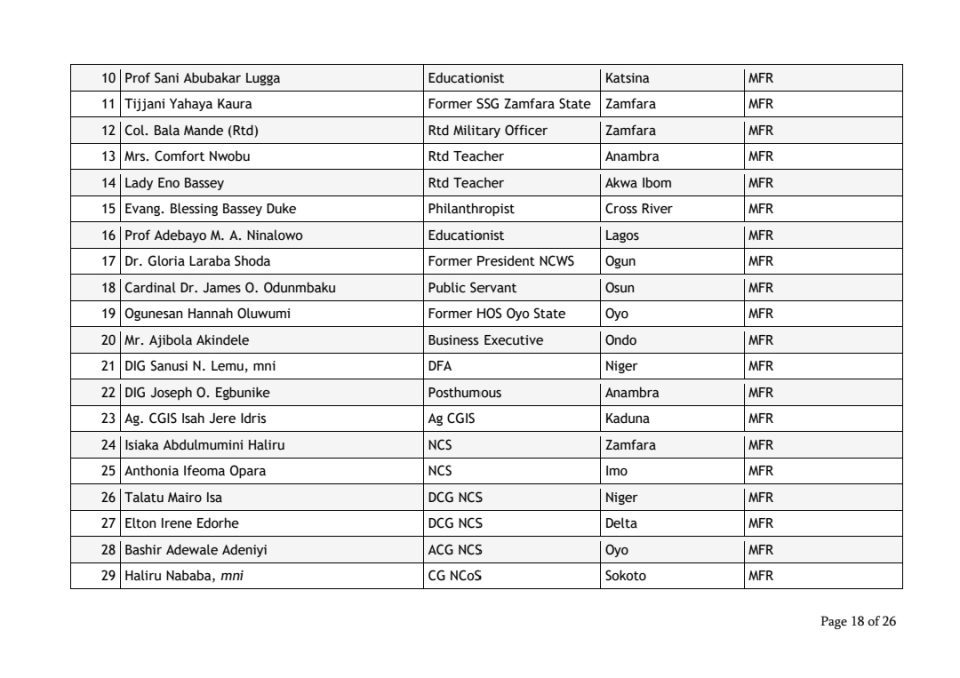 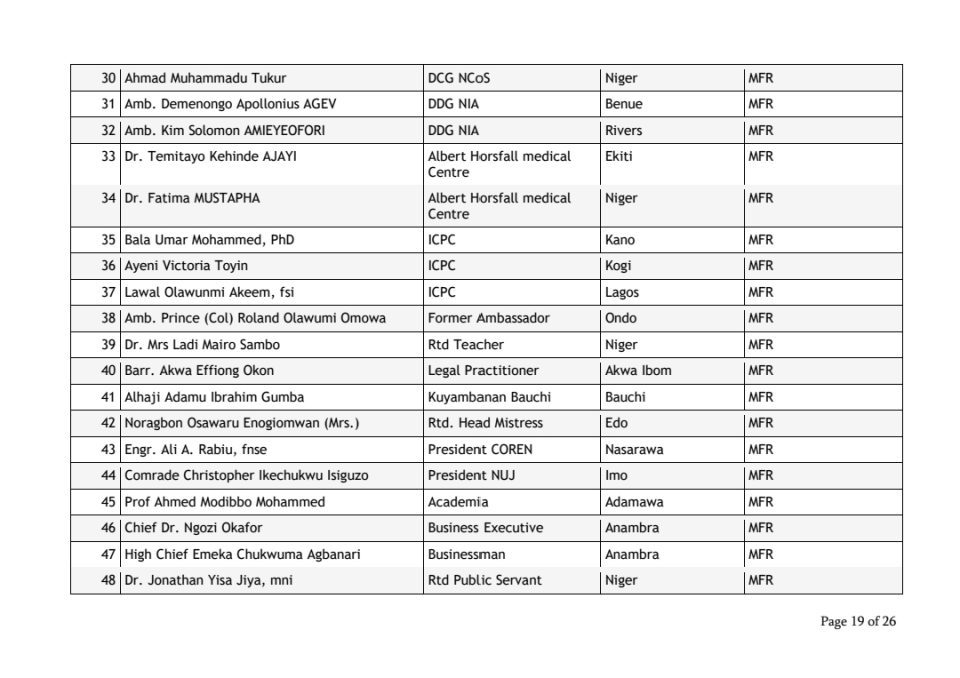 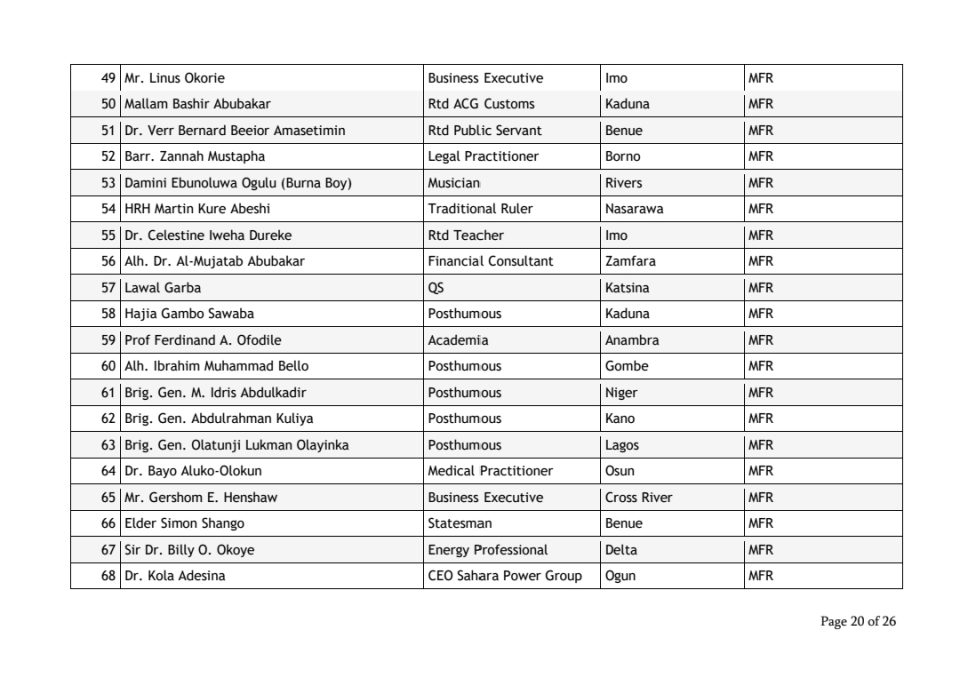 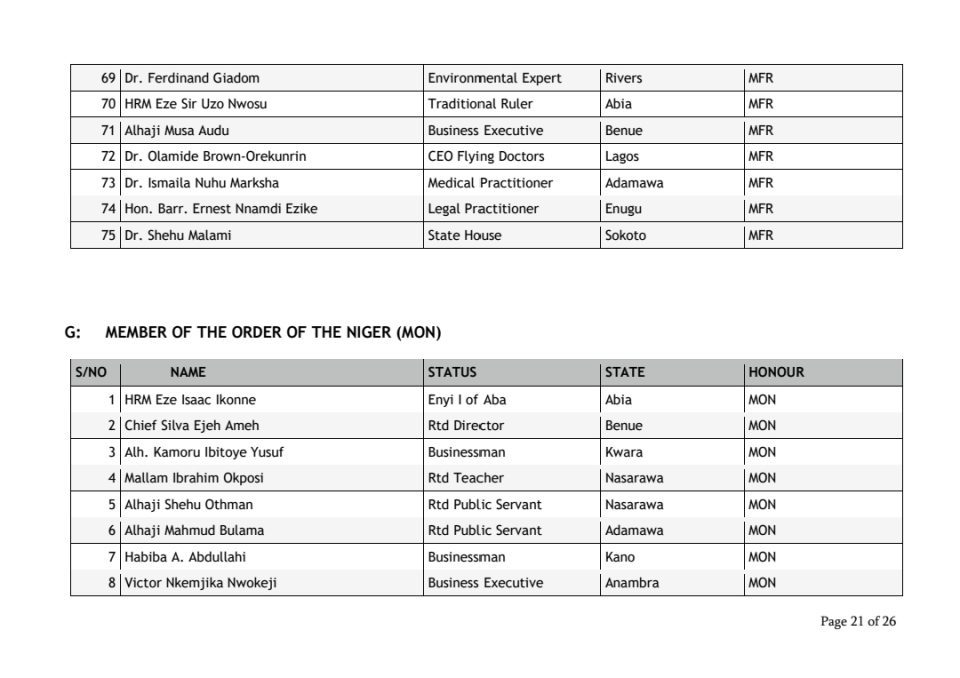 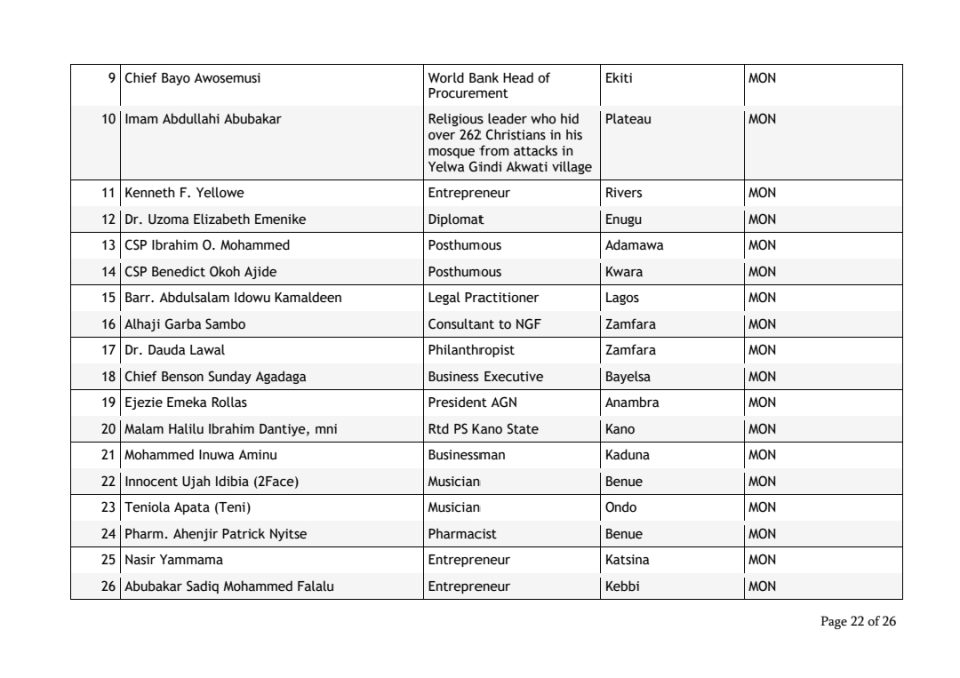 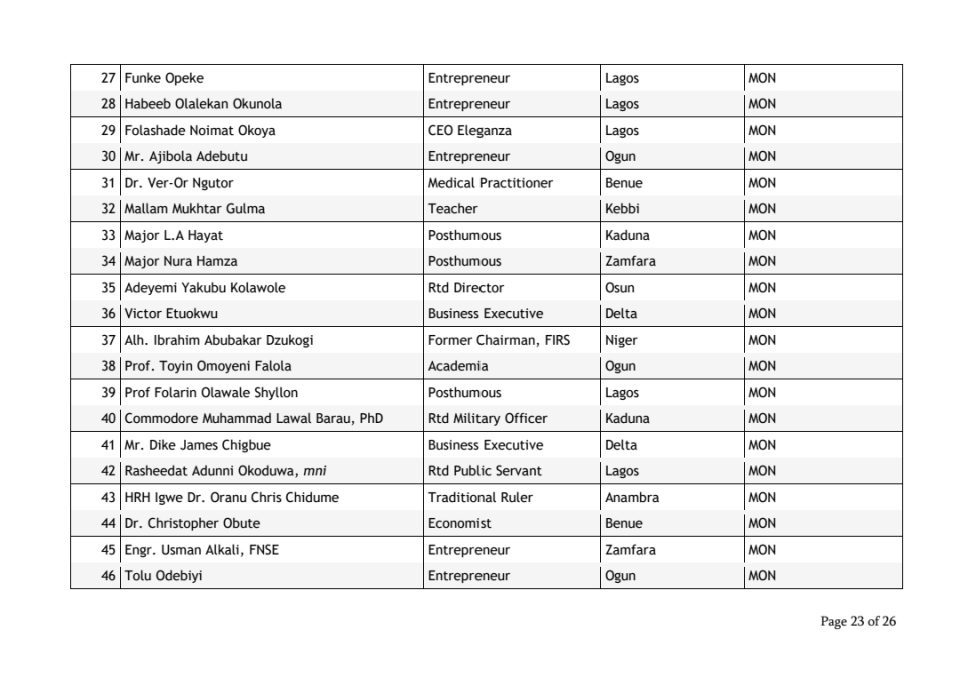 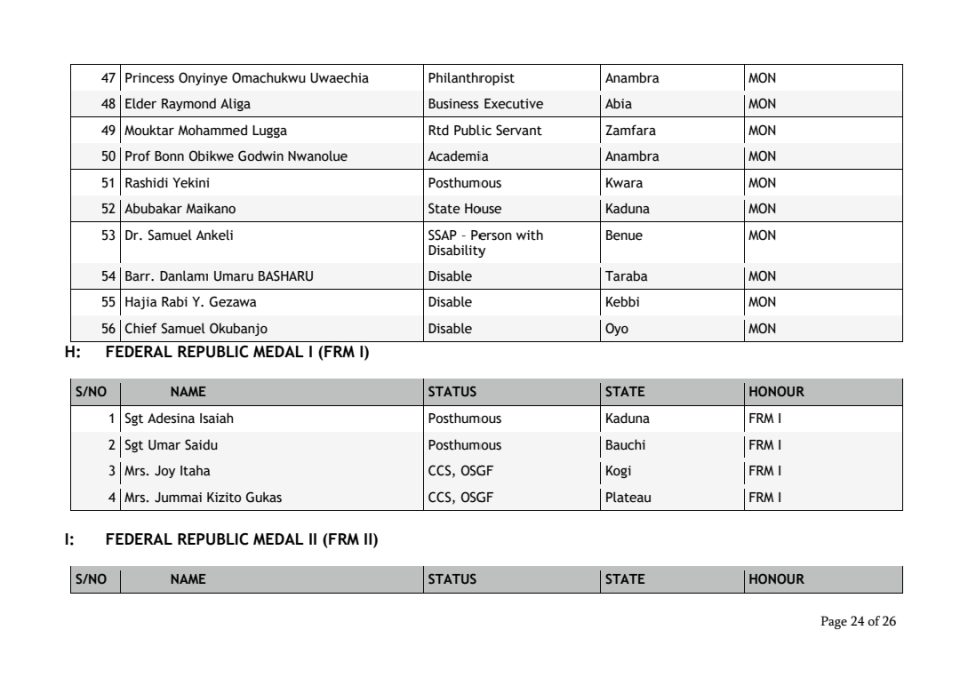 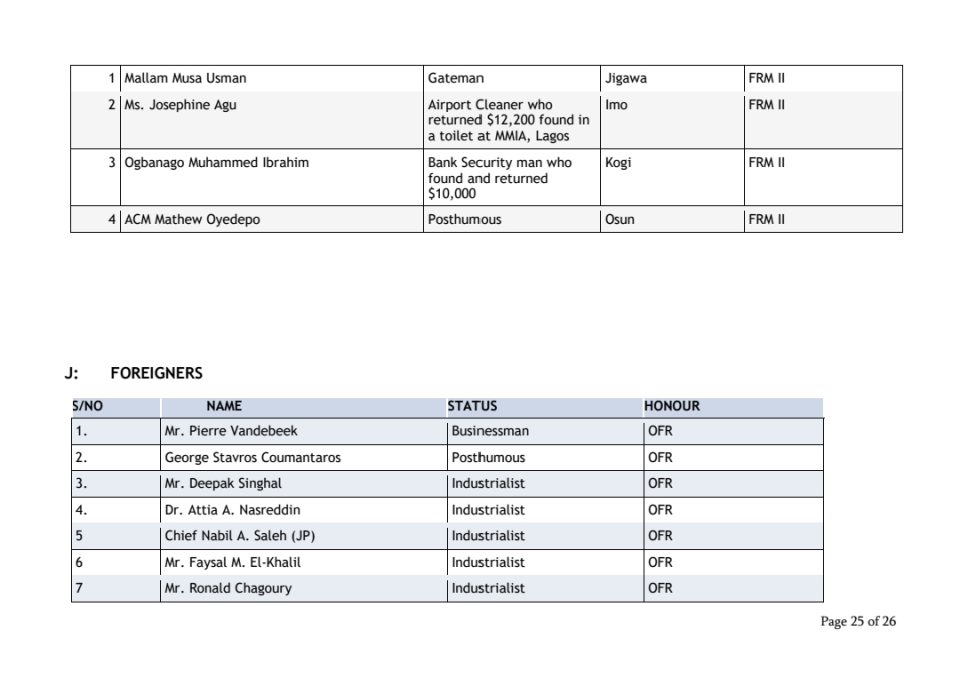