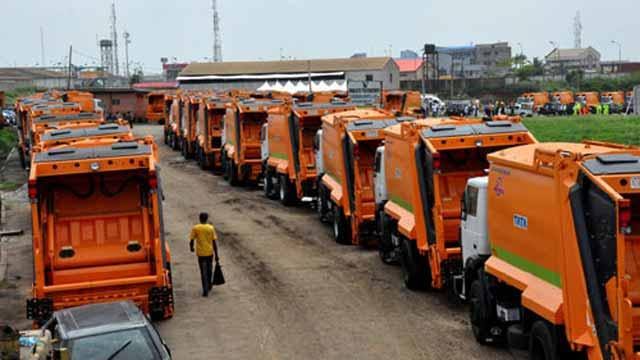 The Lagos Waste Management Authority, (LAWMA) has proposed a 50 per cent increase in waste bill across board for Lagos residents.

Disclosing this on Wednesday at a news conference in Lagos, the Managing Director of LAWMA, Ibrahim Odumboni, said the move was due to the high cost of operation by the Private Sector Participants, PSP, operators.

According to Odumboni, the cost of diesel used by PSP operators increased from N278 per litre in January to about N875, representing a 300 per cent increment.

He said, “We are in the process of having an extensive pricing review for PSP services offered to the households knowing fully well the economic reality.

”Also we are not introducing any change that will turn away consumers of our product.

”While the high cost is about 300 per cent, we are proposing 50 per cent increase across board,” he said.

The CEO said that the governor was also providing additional subsidies for fuel other than the existing subsidies given to PSPs to share.

He noted that the state was generating 13,000 metric tonnes of wastes daily, adding that the trucks were being run with diesel 100 per cent.

He appealed to Lagos residents to patronise PSP operators instead of the illegal cart pushers who dumped refuse indiscriminately on the roads.

Odumboni said that the authority was considering the use of Compressed Natural Gas (CNG) to power PSP trucks to address the problem of high energy cost.

The LAWMA helmsman also warned that the authority would prosecute any household that did not have a bin from October 1.

According to him, sanitary officers will go round from house to house to advocate on the importance of adopting a bin and sorting of wastes.

The 79-year-old Emir of Dutse in Jigawa State, Nuhu Muhammad-Sanusi is dead.