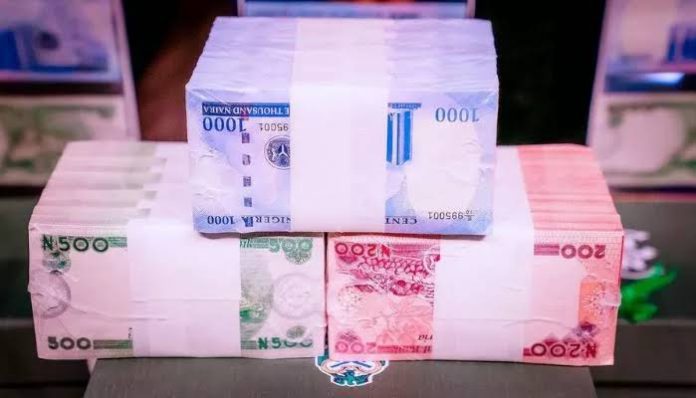 The Lagos Chamber of Commerce and Industry has urged the Central Bank of Nigeria to ensure speedy implementation of its cashless policy programme to stop the possibility of hoarding the redesigned naira notes that will fully be in circulation by January 31, 2023.

The LCCI also argued that a quick action by the CBN in this regard will check excess flow of currency in circulation.

The President of LCCI, Michael Olawale-Cole, while addressing the state of the nation, said if the step is not urgently taken, the currency in circulation will rise again as hoarding of the new notes may occur.

His words: “Beyond the reasons and economics of currency management, we urge the CBN to embark on an aggressive push for a truly cashless economy to reduce the attraction to holding cash. If this is not done, the currency in circulation will rise again as hoarding of the new notes may occur.”

He also called on the government to adopt cashless policy in all its operations going forward.

“Being the biggest spender, the government should establish a cashless payment for its procurements. This can also be supported by more automation of government activities that require payment for services by the public.

With more automation and less human interface, corruptive tendencies will reduce,” he said.

The Chamber however commended the Federal Government’s planned policy that all payments from the public treasury beyond the threshold approved for daily cash limit by the Central Bank of Nigeria must be done electronically with effect from March 1, 2023.

“The implementation of this policy and the strict monitoring of it can be very effective in deepening the cashless economy,” it said.

The Central Bank of Nigeria’s policy on restriction on daily cash withdrawal takes off across the country today, Monday, January 9.

According to the guideline released by the apex bank, the maximum weekly limit for cash withdrawals across all channels by individuals and corporate organisations is N500,000 and N5 million, respectively. Individuals or organisations that have a compelling need to withdraw above the approved limits to transact legitimate businesses will have to pay a processing fee of three per cent and five per cent respectively.

The financial institutions are also expected to obtain the following information from the customer, at the minimum, and upload same on the CBN portal created for the purpose: Valid means of identification of the payee (National ID, International Passport, or Driver’s License); Bank Verification Number of the payee; Tax Identification Number of both the payee and the payer; Approval in writing by the Managing Director/Chief Executive Officer of the financial institution authorising the withdrawal.

Instead, the apex bank directed the banks to load their Automated Teller Machines with only new notes to ensure that the currency circulates across the nation ahead of the January 31, 2023 deadline when the old notes will no longer be legal tender.

It was gathered that the apex bank issued the directive to the banks last week Wednesday and ordered that the implementation must begin immediately.

The banks are said to have started to comply with the directive from Monday as customers of banks in Lagos and Abuja testified that the ATMs are now dispensing the new naira notes.

Relying on the powers of the CBN Act 2007, the management of the CBN sought and obtained the approval of President Muhammadu Buhari to redesign, produce, and circulate new series of banknotes at ₦100, ₦200, ₦500, and ₦1,000 levels in late 2022.

The new naira notes are already in circulation since December 15, 2022, while the old notes and the new notes will circulate together until January 31, 2023, when the old notes will cease to be legal tender in Nigeria.