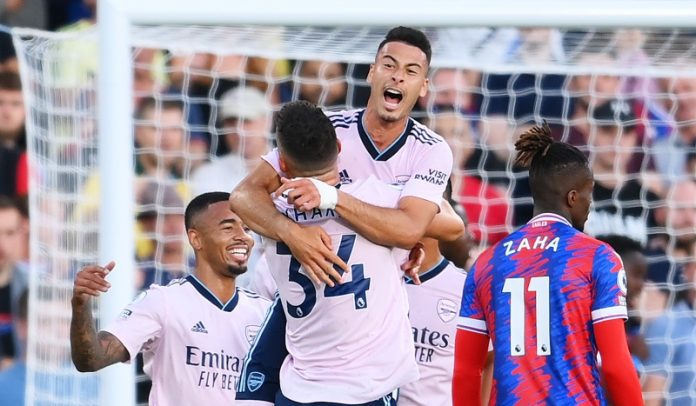 Liverpool began the 2022/2023 Premiership season on a shaky note as they were held by Fulham to a 2-2 draw at the weekend.

Liverpool’s famous press began to come together and the defenders were forced to dig deep with a turnover almost falling to the head of Mohamed Salah in the 21st minute.

Fulham kept Liverpool at bay and after Henderson went down holding his ankle, the Cottagers broke clear down the right side.

Kebano kept himself onside, and fed Tete on the overlap, who chipped the ball into the box where Mitrovic crashed in a textbook centre-forwards header past Alisson Becker and into the net in the 32nd minute.

Diaz started to come lively on the flank but on the few occasions where he managed to skip the full-back, Ream and Tosin Adarabioyo were on hand to pressurize him into less-effective danger zones.

Liverpool then tried to impose their quality but Fulham sinked deeper into their half and managed the game until the halftime whilst blew with their 1-0 lead intact.

The second half started in similar fashion, with Liverpool trying to build patiently and Fulham blocking all passing lanes and winning the ball back in midfield with one such move needing a decisive intervention from Matip to prevent another dangerous area ball into the area in the 47th minute.

Liverpool equalised in the 64th minute through Nunez after some great interchange passes from Henderson and Elliot in the midfield resulted in Salah rolling the ball across the 18-yard-box.

Against the run of play, Mitrovic converted a penalty he won himself after Dutch defender Van Dijk tripped him in the 18-yard-box to restore Fulham’s lead in the 72nd minute.

Liverpool equalised again in the 80th minute through Salah who finished from Nunez’ pass after Alexander-Arnold’s cross caused havoc in Fulham’s penalty area to end the game 2-2 apiece.

With a strong effort that was rewarded with Gabriel Martinelli’s goal in the 20th minute thanks to new signing Oleksandr Zinchenko’s headed assist, the Gunners continued their strong preseason form.

Odsonne Edouard pushed Aaron Ramsdale into a stop after Joachim Andersen’s header found him in the six-yard area after Palace finally adjusted to the visitors’ tempo late in the first half.

Encouraged by a boisterous home crowd the Eagles surged forward in quest of a leveler, but Arsenal scored again when Marc Guehi unintentionally headed Bukayo Saka’s ferocious cross into his own goal late in the game to bury their chances of getting something out of the cracker.

Newest signings, Kalidou Koulibaly and Raheem Sterling made their Blues debuts, while Marc Cucurella, another recent acquisition, started on the bench.

The Toffees missed their star striker Dominic Calvert-Lewin as James Tarkowski and Dwight McNeil, recent additions, made their debuts.

In the 19th minute, Sterling set up Mason Mount on the edge of the box for a chance for the Blues, but Jordan Pickford was there to save it.

Also in the 43rd minute, Sterling appeared to have secured his debut for Chelsea when the ball was in the back of the net, but the celebrations were cut short by the offside flag.

When Yerry Mina fouled Ben Chilwell in extra time, Thomas Tuchel’s team was given a penalties, which Jorginho converted into the bottom corner.

At the hour mark, Frank Lampard decided to make a move, replacing McNeil in the attack with Dele Alli as Everton struggled to break down Chelsea but to no avail till the end of the match.