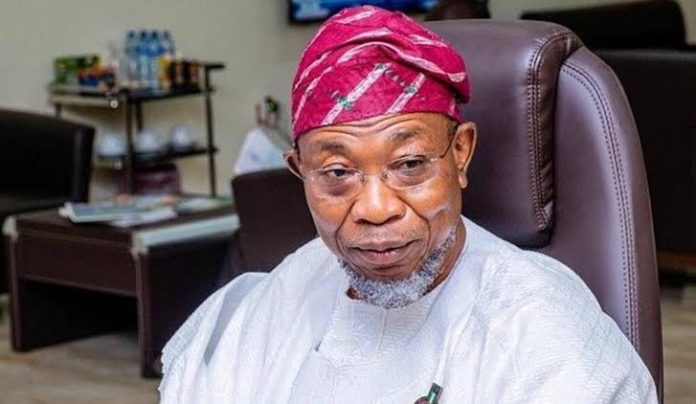 Ahead of the 2023 general elections in the country, a faction of the All Progressives Congress in Osun State, loyal to the Minister of Interior, Rauf Aregbesola, has urged the National Executive Council of the party to urgently resolve the crisis rocking its chapter in the state.

The appeal was made as the party members commended the national leadership of APC for including the former governor of the state into the Presidential Campaign Council of Asiwaju Bola Tinubu, notwithstanding obvious opposition from some quarters.

Aregbesola has been having frosty relationships with incumbent Governor Gboyega Oyetola of Osun and the Presidential candidate of the ruling party, Tinubu.

Rising from its stakeholders meeting in Osogbo, on Wednesday, the Rasaq Salinsile led faction of the APC in the state, in a statement signed by its Publicity Secretary, Biodun Agboola, said it was a big relief for it that the party’s national leadership eventually considered Aregbesola as a member of the Campaign Council, saying that it would have been a minus to the party if the minister was not included.

“Rather than relying on some people’s whims and caprices which are often products of their emotions and or selfish interests, the Senator Abdullahi Adamu led National Executive has confirmed that it is capable of taking dispassionate decisions in the best interests of APC.

“It is clear that the Senator Abdullahi Adamu National Executive must have taken proper notice of the fact that Aregbesola provided adequate leadership and courage in the return of progressives’ politicians to government in a gruesome struggle between 2003 and 2010, after showing tremendous classical support for continuous rulership of the progressives politicians in Lagos

“It is doubtless that the National APC Exco were convinced that Aregbesola, having been a successful Commissioner in Lagos, successful two terms Governor in Osun and his impactful current contributions to the federal cabinet should not be ignored for whatever selfish reasons been bandied by some people.

“Thus, it is our view that the National decision makers should be given kudos for having eyes for merit, determined love and commitment to the success of our party and the courage to execute it without caring whose ox is gored.”

On the crisis in Osun APC, he said: “We note that the political novice and puppets who masquerade as leaders in Osun seemed to be poised for the total and irredeemable collapse of our party, as they exhibit unperturbed attitudes even when they have taken the party to dangerous precipice with the last election.

“Thus, it is the conclusion of the meeting of Osun APC led by Alhaji Rasaq Salinsile that the National Secretariat will be doing our state party chapter a great deal of service if it could take decisive steps in resolving the crisis that has not done us all any good.”